So far, “few adverse reactions and an adequate safety profile” of the Abdala vaccine candidate have been detected in tests carried out in the eastern Cuban province. 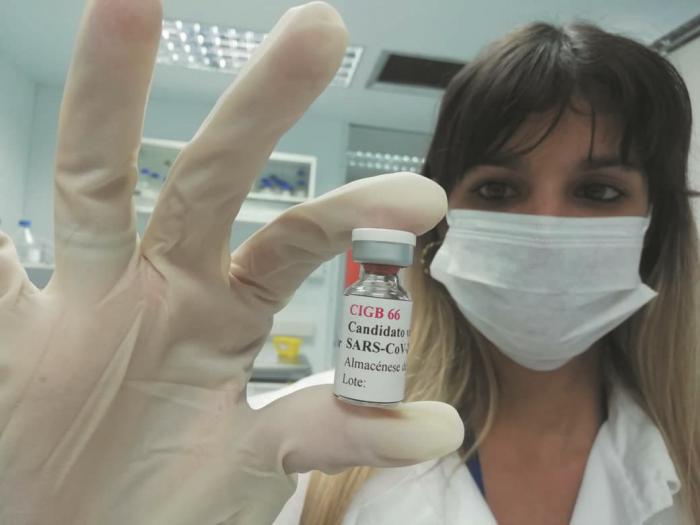 The clinical trial of the Cuban Abdala COVID-19 vaccine candidate in the eastern province of Santiago de Cuba―one of the most affected by the current outbreak of the disease on the island―is progressing successfully, according to authorities and the official media.

So far, “few adverse reactions and an adequate safety profile” have been detected for this potential vaccine, also known as CIGB 66, developed by the Center for Genetic Engineering and Biotechnology (CIGB) in Havana, according to the Agencia Cubana de Noticias (ACN) news agency.

The study of this vaccine candidate, one of the four produced in Cuba that are already in a clinical trial, “is close to the conclusion of its first phase and so far the participants only manifest discomfort in the area of ​​administration of the immunogen,” the agency pointed out, which noted that 132 volunteers have participated in it, from the Oriente Pharmaceutical Laboratory and the Medicines Marketing Enterprise.

The trial is being carried out at the Saturnino Lora Provincial Hospital, whose director, Dr. Rafael Suárez, told the ACN that the second phase of the trial should begin at the end of January or the beginning of February, “depending on the decisions of the governing bodies and controllers”: the CIGB and the Center for State Control of Medicines, Medical Equipment and Devices (CECMED).

In addition, he highlighted “the outstanding evaluation obtained at the end of 2020 during the CECMED inspection,” which endorses the good clinical practices of his hospital in this type of research, as well as “the commitment of the team of researchers and professionals from Saturnino Lora and the promoters of the CIGB, which was recently approved as one of the first two high-tech companies on the island.”

Regarding the second phase of the trial, Dr. Suárez explained that there will be a controlled call for the selection of between 600 and 800 volunteers. This call will be made in a particular way in work centers and universities, “with the aim of more effectively controlling their permanence in the study.”

In the same way, he confirmed the extension of the age range of the participants in the new phase, which will be extended between 19 and 80 years, following the objective of immunizing all the island’s inhabitants against the SARS-CoV-2 coronavirus.

The Abdala vaccine candidate began its trials in human in Santiago de Cuba at the beginning of last December. Together with Mambisa, it is one of the two main COVID-19 vaccines of the CIGB, which with Soberana 01 and 02, both from the Finlay Institute, place Cuba among the nations working on several projects of specific vaccines against the disease and advanced in Latin America.