This year, the Subcommittee sessions are more relevant because they close a cycle of joint programming, scheduled until 2020, which allows for defining priorities until 2027. 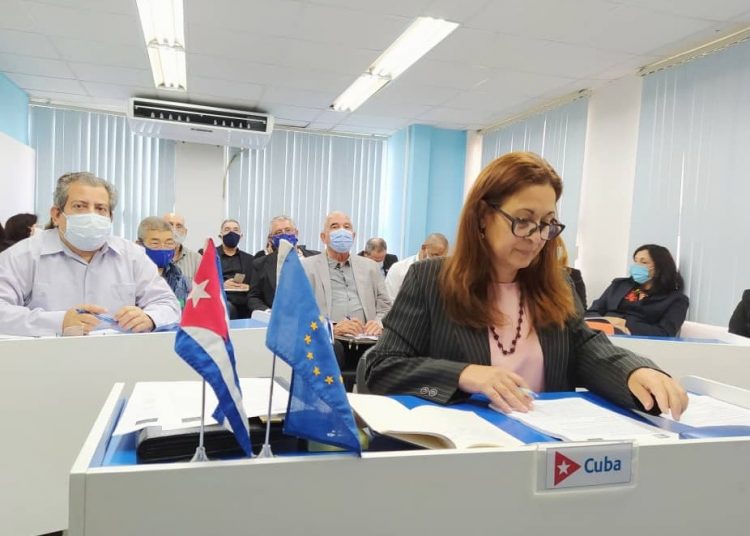 Cuba and the European Union (EU) reviewed the main cooperation and mutual aid programs they are carrying out during the third Cooperation Subcommittee, which concluded this Thursday after two days of virtual meetings.

The Cuban delegation was headed by First Deputy Minister of Foreign Trade and Investment (MINVEC) Ana Teresita González. The European bloc’s was led by the director for Latin America and the Caribbean of the General Directorate for Cooperation and Development, Jolita Butckeviciene.

At the closing of the meeting, the Cuban representative said that the collaboration between both parties is set to “become increasingly effective on the basis of the bonds that we have managed to forge in a framework of respect, transparency and trust,” according to the MINCEX website.

“Cuba’s strengths in terms of education, health, biotechnology and confrontation of natural disasters may constitute the seed for future joint actions that promote triangular and South-South cooperation in regions such as the Caribbean and Africa,” González said.

This year, the Subcommittee sessions are more relevant because they close a cycle of joint programming, scheduled until 2020, which allows for defining priorities until 2027.

Regarding the next cycle of cooperation for the period 2021-2027, the Cuban deputy minister said that this represents new challenges and it will be essential to carry out actions that have a high impact on local communities, that contribute to their development.

This event took place within the framework of the provisional application of the Agreement for Political Dialogue and Cooperation (ADPC) established between both parties.

A few weeks ago, Cuba and the EU sealed several health cooperation agreements related to the confrontation with the COVID-19 pandemic.

Cuba and the EU relaunched their relations with the signing in 2016 of the historic Agreement on Political Dialogue and Cooperation (ADPC), provisionally in force since November 2017, and which ended 20 years of a restrictive “common position,” which conditioned relations from the community bloc with the island to advances in human rights and democracy in the Caribbean country.

The EU is one of the Caribbean country’s main trading partners, with a total volume of exchange that exceeds 35% of its operations, in sectors such as sustainable agriculture, renewable energy, health, social and economic modernization and tourism.