Of the 10,009 diagnostic tests applied yesterday, there were 27 autochthonous infections, one without a specified source and 40 imported, including 5 foreigners of American, Ecuadorian and Colombian nationality, according to the daily report of the Ministry of Public Health (MINSAP). 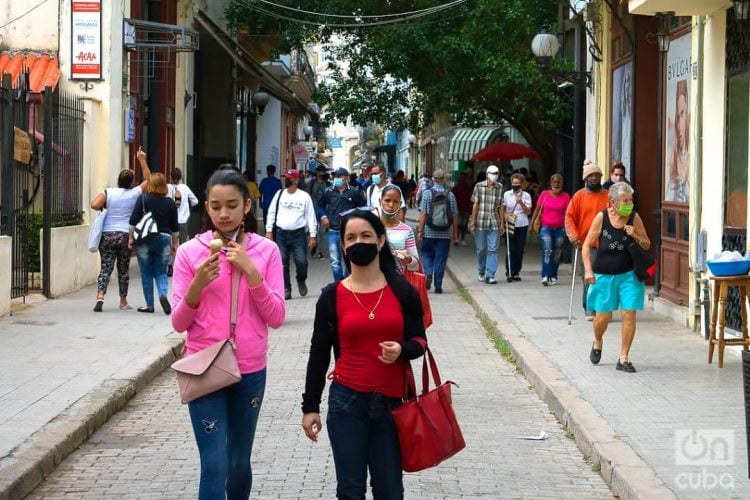 Cuba added 68 new cases of COVID-19 yesterday, 40 of them with a source of contagion abroad, a trend that has been maintained on the island for weeks.

In addition, no deaths were reported on the day and there were 54 medical discharges.

Of the 10,009 diagnostic tests applied yesterday, there were 27 autochthonous infections, one without a specified source and 40 imported, including 5 foreigners of American, Ecuadorian and Colombian nationality, according to the daily report of the Ministry of Public Health (MINSAP).

Havana, with 28 positive cases, 20 of them imported, was once again the province with the highest number of coronavirus infections registered in a day. Since the restart of regular flights at José Martí International Airport, the number of infections originating abroad has gone up in the capital, the most populous city in the country with more than 2 million inhabitants.

The city of Havana is in phase 3 of the recuperative stage―the step prior to the “new normal” ―although with some restrictions in force since the beginning of November and after spending several months under strict measures to control the disease, including a month of curfew.

The rest of the provinces with reports of infections this time are from the western region: Artemisa (4) and Mayabeque (3), the central region: Cienfuegos (7), Villa Clara (6), Sancti Spíritus (2) and Ciego de Ávila (1), and the eastern region: Camagüey (6), Granma (4), Holguín (4), Santiago de Cuba (2) and Guantánamo (1), and imported cases were registered in almost all of them.

Currently, 4,192 people are hospitalized for clinical epidemiological surveillance, of which 881 are suspected of being infected with the SARS-CoV-2 coronavirus, another 2,630 are under observation, while 681 are confirmed cases. Of the latter, 673 have a stable clinical evolution, one patient is in critical condition and seven are in serious condition, including a Mexican.