The Cuban prototype of the retroviral, a combination of lopinavir and ritonavir, is still “in the development stage,” although the first tests have already yielded “satisfactory preliminary results,” said one of the leaders of the research. 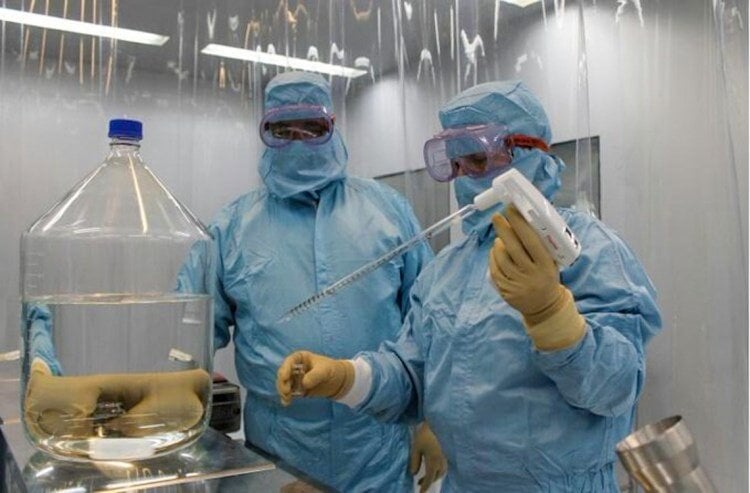 Cuba is developing a version of the antiretroviral Kaletra for use in COVID-19 patients. Photo: @medsolcuba/Twitter

Cuba is developing, with “satisfactory” preliminary results, its own version of the antiviral Kaletra, with the aim of eliminating its import and guaranteeing a stable supply of the drug, created to treat HIV-AIDS and now used in COVID-19 patients.

The Cuban retroviral prototype, a combination of lopinavir and ritonavir, is still “in the development stage,” although the first tests have already yielded “satisfactory preliminary results,” one of the leaders of the research at the state MedSol laboratories said to the Agencia Cubana de Noticias news agency.

“Three pilot batches have already been prepared, the physical chemical analysis has been carried out and then the comparison will be made with the leading product,” explained Adalberto Izquierdo, head of the research and development group of the Novatec enterprise, belonging to MedSol.

The successful production of the antiretroviral in Cuba would save the island money and time, under the restrictions of the United States embargo, which hinders the acquisition of goods abroad, including medicines and medical devices that have more than 10% U.S. components.

According to Cuban specialists, this version of the drug could “even be exported” in the long term.

However, to produce it, Cuba must first overcome several obstacles, including the absence of “the heating machine that fuses the two active principles” of the antiviral. “The country does not have that device,” said Izquierdo.

The solution requires “adaptations in Cuban technology” that allow the prestigious Cuban biopharmaceutical industry to produce a drug with the “same quality specifications as the leading product,” manufactured by the American AbbVie Inc.

Kaletra is the trade name of the antiviral composed of a combination of lopinavir and ritonavir, used successfully in the treatment of HIV-AIDS. Among its adverse effects are digestive discomfort and diarrhea.

Although it has not yet been scientifically proven that any of the existing drugs cure or prevent the spread of COVID-19, Kaletra is one of the most widely used to treat the disease.

Cuba also includes it in its protocol against the new coronavirus, which has already accumulated 1,337 positive cases and 51 deaths since the beginning of the epidemic in the country.

The Cuban antiviral Interferon Alfa 2B was one of the drugs used by China in the beginning of the pandemic, which motivated at least 15 countries in Latin America, Europe, Africa and Asia to request information or supply of the drug.

Without offering concrete figures, the state BioCubaFarma group assured that they had enough stocks of the antiretroviral to cover demand inside and outside the country.

Despite Cuba’s chronic shortages, attributed in part to the U.S. embargo and that also affects its pharmaceutical industry, the BioCubaFarma officials insisted that the 22 drugs that are considered to be able to help treat the coronavirus in one way or another are guaranteed.