Yesterday there were three deaths from COVID-19. Six patients were in critical condition and six were reported as serious. 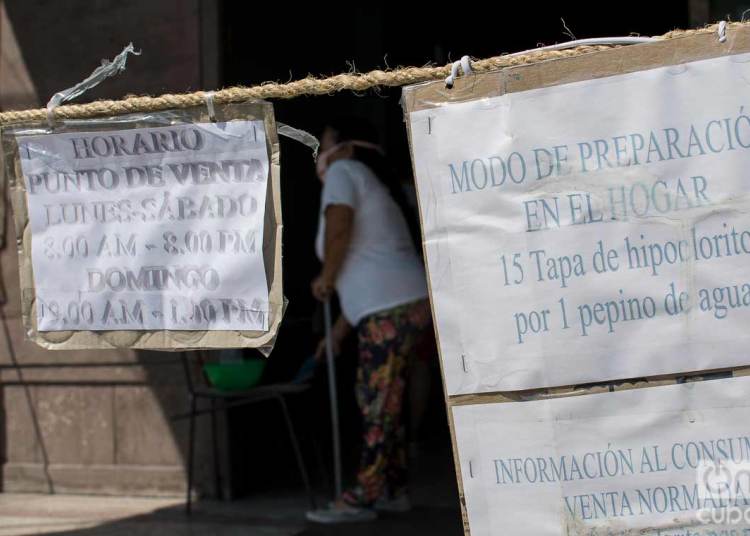 At the close of yesterday, April 25, 3,461 people were admitted to hospitals for clinical epidemiological surveillance, while another 5,876 were under primary healthcare surveillance in their homes. Photo: Otmaro Rodríguez.

Now, official records speak of 1,369 cases of contagion since the pandemic began on the island. The new coronavirus’s death toll among Cubans totals 54. Meanwhile, the MINSAP reports six patients in critical condition and six in serious condition.

Of yesterday’s three deaths, two are women; one 84 years old, resident in Plaza de la Revolución, and another 77, from Matanzas. The third case was a 73-year-old Havana resident, sick with HIV for 7 years. The MINSAP report provided details of their evolution and background.

The 32 new cases confirmed with the SARS-CoV-2 virus were Cuban; 87.5% of them had contacts with infected people, although the source of infection is not specified in 4 individuals.

This time, only 12 people among the new positive cases were asymptomatic. The residence by province and municipality of all of them is as follows:

At the close of yesterday, April 25, 3,461 people were admitted to hospitals for clinical epidemiological surveillance, while another 5,876 were under primary healthcare surveillance in their homes.

The country, according to the statistics released, has processed a total of 39,828 tests.