The mayor fears that the situation on the beaches, given the increase in temperatures, will become a headache with the presence of tens of thousands of people. 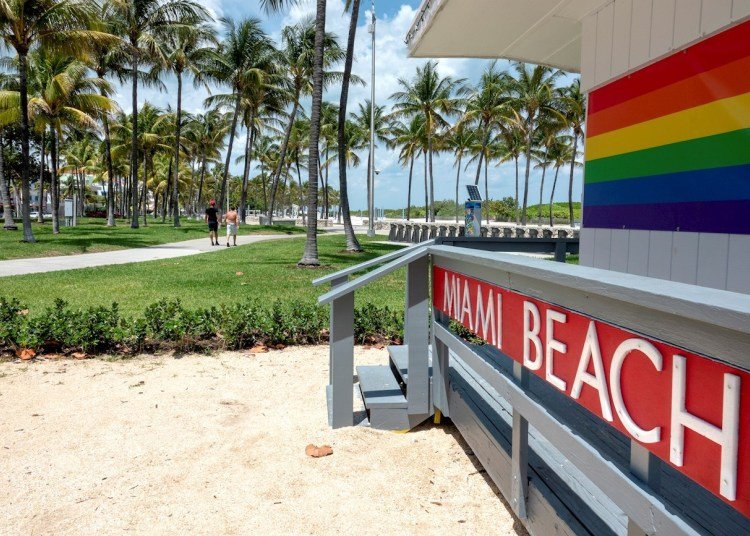 The mayor of Miami Beach said that if they open it’s certain that many thousands will flock to the miles of open beaches in South Beach and North Beach and anywhere in between; there will be young people on permanent spring break and people wanting to go out. | EFE/Cristóbal Herrera

The city of Miami Beach decided to extend the closure of the most used beaches in Florida at this time of year. Mayor Dan Gelber confirmed this Sunday in an interview with the MSNBC network that the Beach, as it is popularly known in the city, is not built to maintain social distance, therefore they have to be extremely careful given the millions of people who would fill the beaches.

This decision is not strictly new, since last Monday the mayor sent a video by email to warn that the closure of the beaches was going to be prolonged, because there are no signs that the COVID-19 crisis is getting to the end of the tunnel.

“We are not Jacksonville. If we open, there is no doubt thousands of people will flood miles and miles of open beaches, both in the south and the north and everything between those two points. Young people who are on a permanent spring break, and people who are just taking a breather outside and force limitations on the use (of the beaches), would be a nightmare. Therefore, I am very sorry, but we simply have to go without beaches in the near future,” said the mayor. And he clearly established a date for the maintenance of the closing: “Until the end of June.”

Deep down, Miami Beach is a victim of its own success. The quintessential point of Florida’s summer fun, the beaches, were closed on March 17 and a virtual curfew fell on the city, ending the fun of tens of thousands of students at the start of their spring break, which practically last until this Sunday, because schools are closed in Florida and in the rest of the country.

When Gelber referred to Jacksonville, the state’s economic capital, he was recalling that Governor Ron DeSantis last week authorized the partial opening of beaches in northeast Florida. It is a strong Republican stronghold, of utmost importance in a presidential election year, as well as a beach area, but without Miami Beach’s dimensions.

In any case, the small streets and tree-lined avenues adjacent to the beach sand in Miami Beach are still open. The public can still run, ride a bike, walk pets; but, maintaining social distance, close to almost 2 meters. Gelber announced that the beaches will continue to be closed; in the coming weeks, restrictions will be relaxed in public parks, marinas and golf courses, “but not on beaches.”

“We are not trying to prevent social distance, but to give more opportunities to exercise. The parks will be open but not for team sports (many public parks in Miami have baseball fields, some football fields and there are some exclusively for dogs of all sizes). The point is that we have not yet reached the point where it makes sense to let go of social distance. We have not yet reached the end of the tunnel,” emphasized the Beach’s mayor.

This Sunday the Florida Department of Health reported the existence of 31,528 cases of COVID-19, the common coronavirus, more than 1,000 deaths, while in Miami-Dade County there are 11,351 cases (one third of the state total) and 301 deceased. This Friday, Miami-Beach recorded 674 coronavirus cases, 13 more than the previous day.

On the other hand, despite pressure from the White House for governors to resume the economic activities of the states, Governor DeSantis has drawn attention this Sunday by deviating openly from the presidential line and assuring in brief statements that there is no date yet for the reopening of the state. “We are going to take the next steps in the state in a very smart way. I care more about doing our reopening well than doing it quickly,” he said.

The same has been said by Democrat Key West Mayor Teri Johnston. “Our beaches are closed to everyone. As is known, tourists cannot even enter the city, but residents are not going to go to the beach until at least June or maybe later,” the mayor told the Miami Herald.

TN: Quotes were retranslated from the Spanish.