Experts in the field presented a program that plans to increase the land for soybean cultivation to 100,000 hectares within five years, which would allow covering 100% of the oil consumed on the island, and around 25 percent of what is necessary for animal feed. 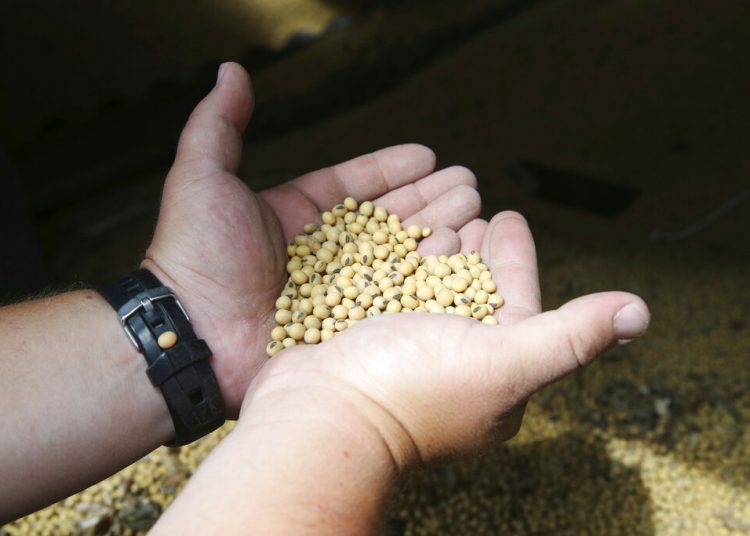 Cuba paid more than 1.4 billion dollars in soy components between 2014 and 2018, which represents the largest expense in terms of animal feed imports, reported the Agencia Cubana de Noticias news agency.

Experts in the field presented a program that plans to increase the land for soybean cultivation to 100,000 hectares within five years, which would allow covering 100% of the oil consumed on the island, and around 25 percent of what is necessary for animal feed.

“The country has to produce its animal feed, and if soy is one of its main components, then we have to produce more,” Cuban President Miguel Díaz-Canel said this Saturday during the meeting with scientists and producers involved in the project.

The objective of the innovation presented to the government is to achieve the sustainable production of soy with productive potential and nutritional quality for livestock feed at a local level, the source said.

The program would solve the problem of supply of protein destined for pig feeding in Cuba.

During the meeting, Dr. Rodolfo Ortiz explained that the cultivation of this grain on the island is very limited, since it is only planted by small and medium producers and the Cubasoy company, which has managed to sow more than 2,000 hectares a year.

Experts assure that the country has all the conditions to expand these productions, but it needs innovations to obtain suitable varieties, seeds, fertilizers and pesticides.

They also proposed to install small grain processing plants and oil extractors to increase the local production of concentrates for animals and edible oil for the population.

In the midst of an economic crisis aggravated by the coronavirus pandemic and the increase in U.S. sanctions, Cuba approved a Food Sovereignty and Nutritional Security National Plan and one of its priority objectives is: “to facilitate the organization of local, sovereign and sustainable food systems that integrate the production, transformation, commercialization and consumption of food and that must produce decisive synergies with territorial development strategies.”

Cuba allocated only 5% of its investments to agriculture in 2019

However, the island dedicated just 5% of its investments to agriculture in 2019, economist Pedro Monreal warned in August, citing data from the Statistical Yearbook published by the National Office of Statistics and Information (ONEI).

“The vulnerabilities of Cuba’s economic structure, aggravated by the recent crisis associated with the pandemic, imposes an urgent review of investments,” Monreal wrote.

Coronavirus: 76 new cases in Cuba, 35 of them imported