Coronavirus: 76 new cases in Cuba, 35 of them imported

Now the country accumulates 8,982 positive cases since last March, of which 8,047 have recovered (89.5%) and the deaths stand at 136, after no deaths were reported in the last week. 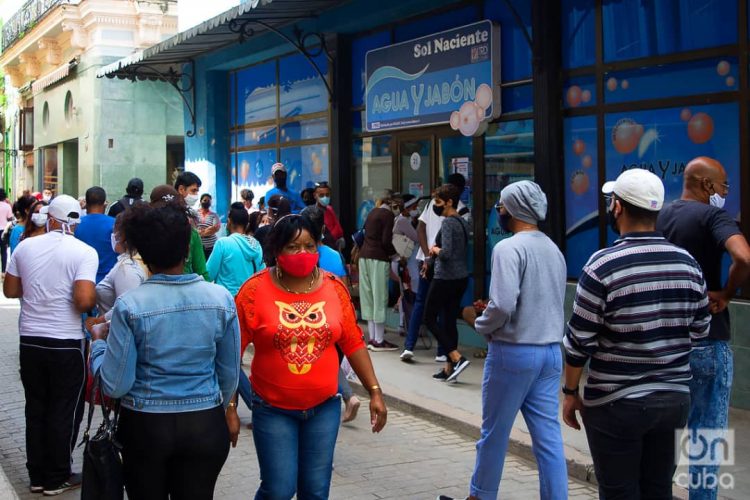 Cuba added 76 new coronavirus infections at the end of this Monday, 35 of them imported, in a day in which the increase in active cases of the disease on the island was maintained with 797 confirmed cases today, one of its highest daily figures in months.

Now the country accumulates 8,982 positive cases since last March, of which 8,047 have recovered (89.5%) and the deaths stand at 136, after no deaths were reported in the last week.

The number of infections in the last day is significantly lower than the daily record of 124 reported yesterday, although it maintains the oscillating upward trend of the last days, in which 68, 104, 79, 75 and 97 patients were diagnosed.

4,064 people remain hospitalized for clinical epidemiological surveillance. The active COVID-19 cases have gone from 516 to 797 in a week, according to the most recent report by the Ministry of Public Health (MINSAP), which reported four patients in critical condition―including a 45-year-old Mexican―and eight in serious condition.

The contagions reported this Tuesday were detected from the 11,342 PCR samples completed the day before, with which the island exceeded 1.1 million of these tests since the beginning of the epidemic.

The 35 imported cases include a Spaniard, a Mexican and the rest are Cubans for whom the MINSAP did not specify the country of origin. Of the remaining new patients, 38 were contacts of confirmed cases and in three the source of infection had not been specified. 89.5% (68) of the new positive cases were asymptomatic.

The 41 autochthonous patients reside in eleven of the fifteen Cuban provinces, mostly concentrated in the westernmost territory of Pinar del Río (11), the only region of the island still with strong restrictions, and the eastern province of Santiago de Cuba (14).

Havana, with 5 local cases and 13 with a source of infection abroad, is still one step away from entering the “new normal” that has prevailed in most of the country since last October 12. With most services and the airport open, the city maintains a capacity limit and restrictions in some economic activities.

Since the border opening last October, the daily number of COVID-19 in Cuba has tended to increase, although they are still low compared to international records. Cuban authorities recently stated that they expect an increase in cases due to the probable increase in travelers due to the end of the year holidays.