The MINREX general director of Consular Affairs and Attention to Cuban Residents Abroad, Ernesto Soberón, thanked the support given by the émigré groups during the pandemic. 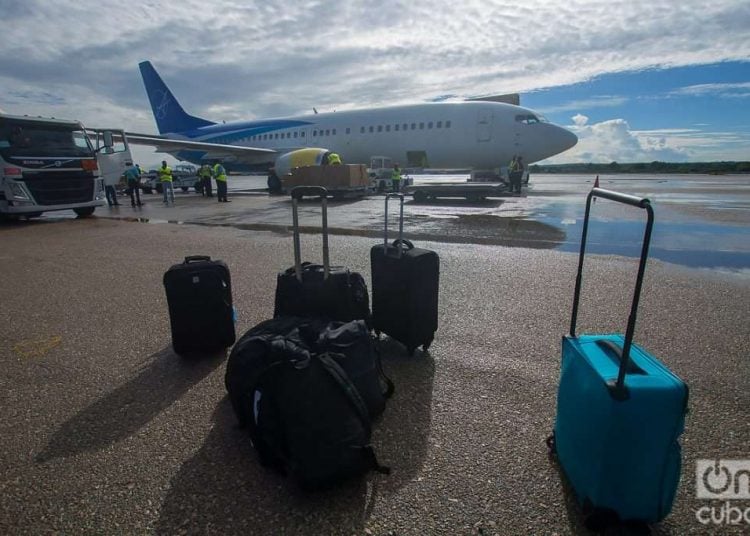 Arrival at Havana international airport of a donation from U.S. and Cuban-American organizations to Cuba. Photo: Otmaro Rodríguez.

During the COVID-19 pandemic, Cuba has received more than 135 donations from Cuban associations and solidarity groups based in 40 countries. The value amounts to 8.9 million dollars, as reported this Thursday by the Ministry of Foreign Affairs (MINREX).

The MINREX general director of Consular Affairs and Attention to Cuban Residents Abroad, Ernesto Soberón, thanked the support given by the émigré groups during the pandemic, in an interview published on the official Cubadebate website.

In the interview, he explained that with these donations more than 10 million syringes and needles have arrived to support vaccination drive, as well as medicines, equipment for the detection of the coronavirus and means of protection for health personnel.

Soberón denounced the tightening of the U.S. economic embargo against the island, especially during the health crisis.

“The measures of economic, commercial and financial suffocation against our country have intensified. Due to these restrictions imposed by the U.S. blockade, Cuba has been extremely hindered from acquiring essential medical supplies and materials for the confrontation and immunization against COVID-19,” he stressed.

He stressed that in this situation, the Caribbean country has received international aid and donations from governments, foreign companies, solidarity associations, Cubans residing abroad and other friends, in order to support the Cuban public health system.

“Our nationals, in a personal capacity, and the associations of Cubans residing abroad, together with supportive friends, have made more than 135 offers of donations from 40 countries, which represent an amount of 8.9 million dollars,” he specified.

Regarding the links with the emigrants, he referred that the majority of Cubans abroad favor a “constructive relationship” with their country of origin and “the improvement of relations between Cuba and the United States.” Similarly, he described the U.S. embargo as a “failed policy.”

The United States is home to the largest community of Cuban emigrants in the world, with more than 1.3 million people born on the island in its territory, according to data from the 2019 Census Bureau of the United States.

Soberón explained that there are currently 166 associations of Cubans residing abroad in 79 countries. He added that they support Cuba in its main international claims, and that in recent years around 72,000 people have regained their residence on the island.

In addition, he explained that, as part of the government’s commitment to serve the community abroad, various actions have been carried out such as follow-up and assistance to citizens who fell ill with COVID-19 and the organization of charter flights that allowed the return to the island of more than 5,700 people who were stranded in 56 countries.

He also recalled that during the pandemic the authorities made it possible for residents abroad to return with expired passports without having to extend them, as well as establishing the automatic extension of the document for Cubans who had spent more than 24 months abroad, a legal limit allowed to not lose legal residence on the island.

Ariel Cumbá: “I was one of the first in Cuba to go out dressed as a woman”