The new entity, according to Decree-Law 41 published this Tuesday, “has the mission of leading and controlling the Social Communication Policy of the Cuban State and Government; proposing its improvement, as well as contributing to promoting the culture of dialogue and consensus in Cuban society.” 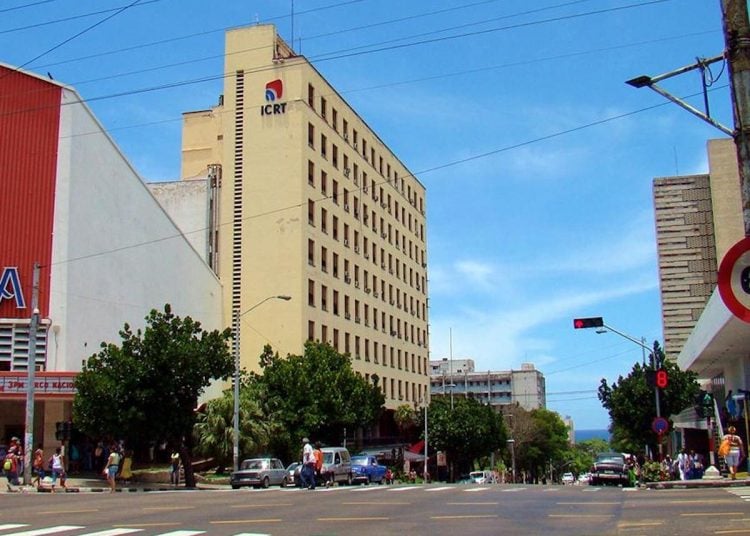 Building of the Cuban Institute of Radio and Television (ICRT), in the centrally located 23rd Street of Havana. Photo: Archive

A new Institute of Information and Social Communication will replace the hitherto existing Cuban Institute of Radio and Television (ICRT) as of this Tuesday in Cuba.

The emergence of the new entity was established in Decree-Law 41/2021 published this Tuessday in the Gaceta Oficial, whose entry into force coincides with the publication itself.

The Decree-Law has only two articles, which establish the extinction of the ICRT as an Organization of the Central State Administration and the creation in its place of the Institute of Information and Social Communication. This step is due to “the absence of an organization that leads and controls the social communication system to strengthen the institutional framework of the country.”

Given the change in the governing body of communication on the island, the norm establishes that “all mention made in the current legislation regarding the functions of the Cuban Institute of Radio and Television are understood as referring to the Institute of Information and Social Communication created by this Decree-Law.”

The new institute, according to the regulation, “has the mission of leading and controlling the Social Communication Policy of the Cuban State and Government; proposing its improvement, as well as contributing to promoting the culture of dialogue and consensus in Cuban society.”

This policy, approved in 2018 by the Cuban authorities, even though it recognizes information, communication and knowledge as a public good and a citizen’s right, has been the subject of criticism and controversy due to its precepts and objectives, among which it is made clear that “the Communist Party of Cuba (PCC) governs social communication in the country, draws up the general policy for its development and exercises its control.”

In addition, it reiterates that “radio, television, the printed press and other mass communication media, as well as the technological platforms used by them, are state or social property, according to the regulations that are established, and cannot be object, in no case, of private ownership.”

However, the specific functions, structure and composition of the new institute remain to be known, which according to the Decree-Law, will be established by the Council of Ministers “within thirty days after the date of entry into force” of said regulation. That is, this Tuesday.

The creation of the Institute of Information and Social Communication takes place a few days after the publication of controversial regulations on telecommunications and cybersecurity. They confirm the Cuban State as the “owner of public services” in this sector with “the power to regulate, order, control and supervise the different services and networks,” typifies possible “incidents” in this sphere and defines their level of dangerousness, which has been seen by opponents and independent analysts as an instrument to increase government control over communications, particularly on the Internet.

Decree-Law 42 was also published in this Tuesday’s Gaceta Oficial — Extraordinary Number 96 of 2021 — and establishes the extinction of the Institute of Physical Planning and the creation in its place of the National Institute of Territorial and Urban Planning as an organization of the Central State Administration.

This institute will have “the mission of proposing the policy of the State and the Government in matters regarding territorial organization, urban planning, its management, aspects of design and architecture related to urban planning, the cadastre, and once approved, direct and control its application, as well as exercising the leading role in the confrontation of illegalities within the scope of its competence,” according to the regulation.

But, unlike the previous one, the entry into force of this Decree-Law will be “from thirty days after its publication in the Gaceta Oficial.”