The three deceased, with whom the death toll rises to 191, resided in Havana municipalities and their ages ranged between 60 and 90. 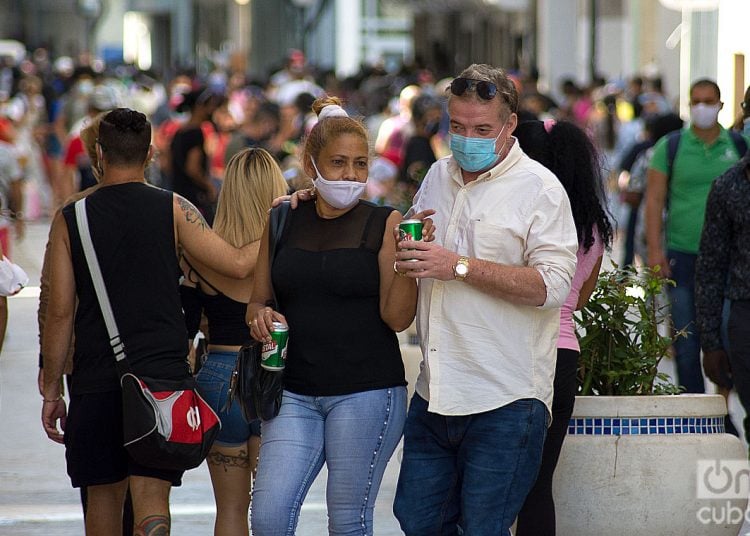 People on the street, during the outbreak of COVID-19 in Havana, in January 2021. Photo: Otmaro Rodríguez.

Until midnight, the discharges reported (570) from the Ministry of Public Health (MINSAP reported 570 discharges, surpassing the 567 new infections from the SARS-CoV-2 virus, good news highlighted by the health authorities in the midst of this new outbreak of the pandemic that is keeping all the island’s provinces in check with record numbers exceeded day after day since early January.

With the total discharges this Friday, 15,881 patients have recovered from COVID-19; however, the number of active cases continues to be high (4,520), and again more deaths were reported.

Three people died, according to the MINSAP report. The new deaths, two women and one man, with whom the number rises to 191, resided in Havana municipalities and their ages ranged between 60 and 90.

By provinces, Havana once again reports, by far, the largest number of patients, 276! It is the second province in terms of incidence rate per 100,000 inhabitants, a statistic in which Guantánamo continues to lead, showing not very encouraging records.

Even when Santiago de Cuba surpassed it in new infections, 69; the easternmost province continues to have an alarming situation with its 59 cases, between autochthonous and imported, and mostly contacts of confirmed cases.

In addition to the aforementioned territories, a considerable number of COVID patients were registered in Matanzas (59), Ciego de Ávila (28) and Camagüey (24). All the provinces reported patients.

Regarding the nations of the imported infections, today the United States, Haiti and France stand out. Also, eight foreigners are part of the 567 positive cases for the virus. According to Dr. Francisco Durán, 8.5% of the total is linked to international travelers.

The MINSAP reported that 14,371 tests were processed for this diagnosis, in a day where 9,068 people were hospitalized under surveillance, 46 of them in intensive care: 13 in critical condition and 33 in serious condition.

Once again, in this group in ICUs, two children under 20 years of age continued to be reported, an age group that had 69 diagnoses this time. A 13-year-old adolescent and a seven-month-old baby are still reported in serious condition.