The National Road Safety Commission decided to restore road traffic at kilometer 254 of the National Thruway, “in correspondence with the reduction of heavy rains in the central area of ​​the country, mainly in the province of Villa Clara and the foothills of the Escambray.” 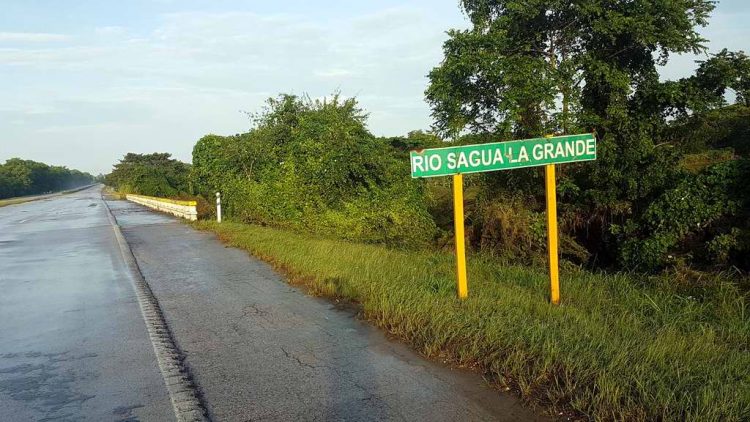 Section of the Cuban National Thruway in the vicinity of Sagua La Grande River. Photo: radiocubana.cu

The Cuban authorities reestablished this Wednesday the passage through the National Thruway, as well as navigation to the Isla de la Juventud, which had been suspended due to Tropical Storm Eta.

The National Road Safety Commission decided to restore road traffic at kilometer 254 of the National Thruway, “in correspondence with the reduction of heavy rains in the central area of ​​the country, mainly in the province of Villa Clara and the foothills of the Escambray,” the Agencia Cubana de Noticias (ACN) news agency reported.

“Given the non-existence of dangers in this section of the National Thruway, as of 10:00 a.m. Wednesday the circulation in both directions began,” adds the official communication, in which the drivers are asked to “take extreme precautionary measures to avoid the occurrence of accidents, to drive at the speeds established according to the conditions of the road, as well as to be follow the indications of the competent authorities.”

The National Road Safety Commission had decided to interrupt the passage through the National Thruway at kilometer 254 this Tuesday, due to the effects caused by the flooding of Sagua la Grande River as a result of the heavy rains left by the Tropical Storm Eta in the center of Cuba.

At that time, the communication advised drivers to take the alternative roundabout route Ranchuelo-Esperanza-Santa Clara in both directions of circulation, and in the event that said section was also interrupted, to drive through Aguada de Pasajeros-Amarilla-Colón-Santa Clara.

For its part, the Port Maritime Business Group (GEMAR) also announced this Wednesday the reestablishment of maritime passenger and cargo transportation between the ports of Batabanó, Gerona and Cayo Largo del Sur starting at 12 p.m. Wednesday.

The information, published by the ACN, specifies that “this decision was made taking into account the improvement in the hydrometeorological situation in the Gulf of Batabanó, which allows a safe crossing and docking maneuvers.”

GEMAR apologized to passengers “for the inconvenience caused” and explained that “people with purchased tickets will be treated as a priority, and those who do not wish to travel should contact the reservation agencies to receive a refund of the total value of the ticket, in a term of up to 15 days.”

Navigation between Batabanó, in the south of western Cuba, and Gerona, on the Isla de la Juventud, had been suspended due to the swell and other possible effects of Tropical Storm Eta, which crossed through central Cuba last Sunday and then turned west over the northern Cuban coast to settle near the affected western tip of the country.

As the storm moved away from Cuba towards the U.S. peninsula of Florida, the weather conditions have progressively improved on the island, allowing for the reestablishment of transportation.