26 were imported cases, 14 of them detected in Russian citizens and added to Morón’s statistics. Two patients in intensive care. 96 people discharged. 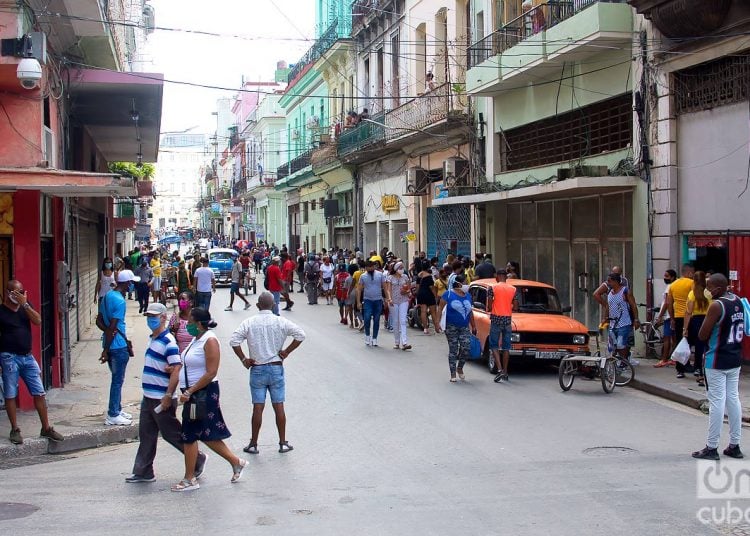 Area of Neptuno Street with many shops and stores. Photo: Otmaro Rodríguez.

The SARS-CoV-2 virus added a new death on the Island, while the new infections reported by the Ministry of Public Health (MINSAP) amounted to 58; of which 26 were imported: 14 of them, Russian citizens whose statistics are confined to the Ciego de Ávila municipality of Morón.

The deceased is a 58-year-old man from Pinar del Río, a resident of Consolación del Sur, whose details are explained in the MINSAP report. With his death, the record rises to 131 deaths from COVID-19 in Cuba.

Of the total of positive cases, 32 were autochthonous infections while 26 individuals acquired the virus abroad; including the 14 Russian citizens, about whom not many explanations are offered, who are added to the statistics of the municipality of Morón.

By regions, today’s positive cases are distributed as follows:

Matanzas: an imported case in Cárdenas.

Santiago de Cuba: one case from the capital city.

On Wednesday, 96 patients were discharged, with which 6,924 have already recovered.

Two people were reported in intensive care: one in critical condition and the other in serious condition.