In addition, this Sunday another brigade left for Togo, on the African continent. 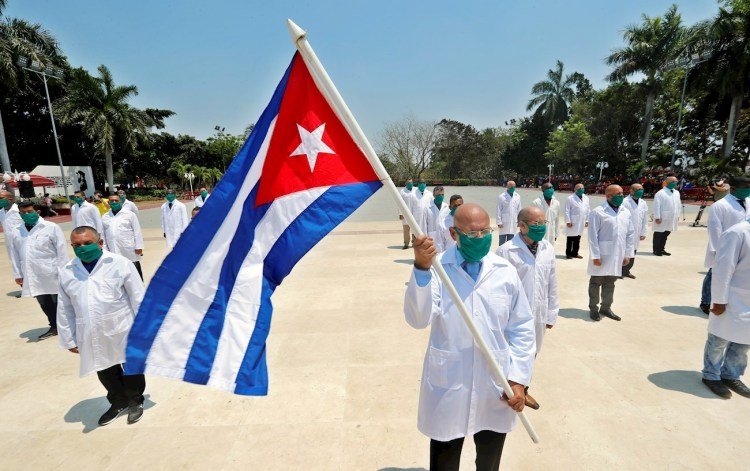 Cuba sent this Sunday a second brigade of health personnel to Italy to fight the coronavirus. This brigade comprises 38 doctors and nurses who will work in the Piedmont region, strongly affected by the pandemic.

The group of 20 doctors and 18 nurses from the Henry Reeve brigade, which during the last decade and a half has assisted in various disasters and international health crises, was bid farewell with a ceremony near the José Martí airport in Havana.

It has four doctors with experience in intensive care, two epidemiologists, a pulmonologist and several specialists in comprehensive general medicine, who will attend to patients at different stages of the disease.

Almost all the members of the group have experience in international missions, and 13 of them have already taken part in the efforts to combat Ebola in African countries, which “says a lot about the commitment and experience” of the professionals, according to Guerra.

This is the twentieth brigade that Cuba sends abroad (a total of 1,197 doctors and nurses) to combat the coronavirus in 19 countries, including Togo, where a brigade of 11 members also left this Sunday: six doctors, three nurses and two from other health professions.

In the case of Italy, it already received a first contingent of 53 health workers at the end of March in the region of Lombardy.

Italy, the third country hardest hit by the epidemic after the United States and Spain, already accumulates 19,899 deaths with coronavirus and a total of 156,363 confirmed cases.

In the case of Cuba, which reached 18 deaths this Sunday and 669 coronavirus positive cases after 49 new ones were confirmed, it is in a phase of limited local transmission.

Cuban authorities have closed schools, restricted activities in non-essential sectors and suspended urban transportation, as well as public events. Confinement has not been decreed throughout the country, but has in several communities, and the use of facemasks in public spaces is mandatory.