The medicine, produced on the island, is administered to vulnerable population groups as part of the prevention strategies against COVID-19. 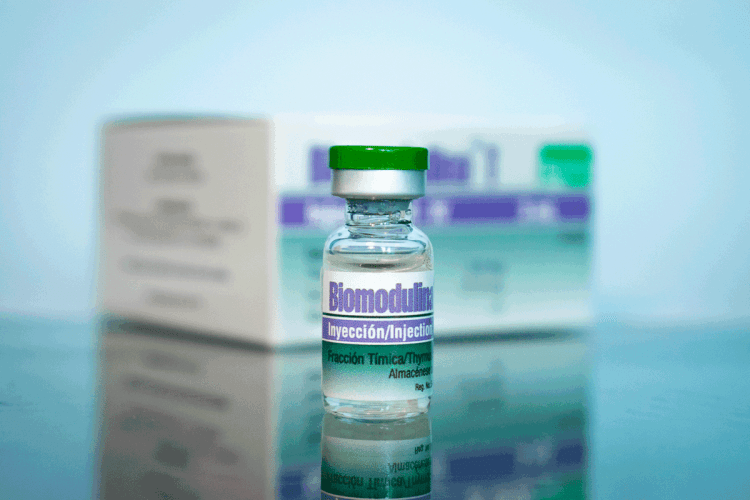 Cuba began applying the drug Biomodulina T to vulnerable population groups as part of preventive measures against the spread of COVID-19.

The product is a Cuban biological immunomodulator produced at the National Center for Biopreparations (BioCen), with proven results in increasing the body’s defenses, in addition to providing T lymphocytes, necessary to combat the disease, which until the closing of this Saturday had already infected 669 people and killed 18 on the island.

Mary Carmen Reyes, head of the BioCen Clinical Trials Group, explained to the Agencia Cubana de Noticias news agency that this medicine can be given to older adults, the most vulnerable population group, as well as health personnel at risk of contagion of the disease, suspicious contacts of COVID-19 and immunosuppressed persons.

This product is added to PrevengHo-Vir, which is already being distributed as a prophylactic measure on the island, a “highly safe drug, like all homeopathic preparations, which increase the body’s defenses against a certain disease,” as explained to the press by Dr. Francisco Durán, national director of epidemiology of the Cuban Ministry of Public Health (MINSAP).

In the case of Biomodulin T, it is based on bovine thymus extract that has been used on the island for a long time (its registration dates back to 1994), for the treatment of states of immunological dysfunction, such as repeated respiratory infections in the elderly. In addition, it strengthens the immune system of patients with morbidities such as diabetes mellitus.

This product has very few reports of adverse effects and is injected intramuscularly or intravenously.

Cuba is also working on other drugs and therapies against COVID-19, including a vaccine based on components of the Cuban vaccine against meningitis, which activates the innate immune system and gives it a certain capacity to react against the coronavirus.

There are currently around 41 COVID-19 vaccine projects worldwide, although none have yet shown effective use and only five have started the first studies in human patients.

In addition, clinical trials are under way in search of effective treatments against the disease, including one promoted by the World Health Organization in different countries.