As of this Thursday the tourism agencies will be able to start marketing visits to the tourist destinations of Cayo Cruz, Cayo Coco, Cayo Guillermo, Cayo Largo and Cayo Santa María. 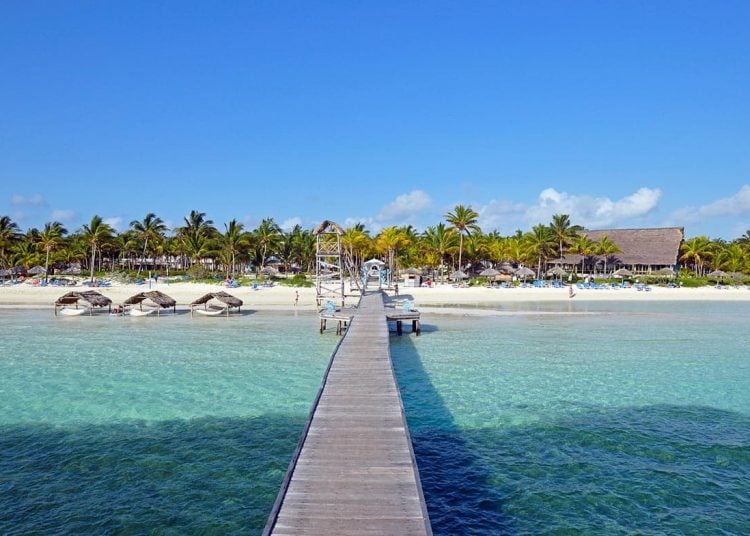 Cuba will reopen operations to international tourism in several of its nearby keys as of next July 1 within the progressive post-COVID-19 plan of de-escalation that started this Thursday in all the island’s territories, except for the provinces of Havana and Matanzas.

The Cuban government announced last week the launch of a recovery process―which in its first stage includes three phases―after declaring the coronavirus pandemic controlled in the country, currently without active cases in 13 of its 15 provinces and in the special municipality of Isla de la Juventud.

The reopening of tourism, one of the sectors hardest hit by the pandemic in Cuba, in the first phase will be only for the local market, with the application of a series of measures and hygienic-sanitary protocols, as explained by Minister of Tourism Juan Carlos García Granda in a television appearance.

Operations for foreign visitors will begin on July 1―in the second phase of the de-escalation―and as announced by the Cuban minister of tourism, as of this Thursday tourism agencies will be able to start marketing visits to the tourist destinations of Cayo Cruz, Cayo Coco, Cayo Guillermo, Cayo Largo and Cayo Santa María.

SUN AND BEACH IN ISOLATION

In this phase, international tourists will stay on the keys where they choose to spend their vacation period in Cuba, and these destinations will not be open to the national market, according to Minister García Granda.

The paradisiacal Guillermo, Coco, Cruz and Santa María keys are part of the Jardines del Rey keys of the Sabana-Camagüey archipelago in the north central area of ​​the island, while Cayo Largo is a small islet that belongs to the special municipality of Isla de la Juventud, located about 100 kilometers south of Havana.

After arrival at the airports of these destinations, tourists will undergo a PCR test to detect if they are carriers of the coronavirus and a protocol for clinical-epidemiological surveillance will be established in hotel facilities with the presence of a doctor, nurse and technician in hygiene and epidemiology.

Among the details planned for the international reopening of tourism, the minister indicated that for hotel workers a working regime of 7 consecutive days has been established and then they must remain in isolation in their homes for another week and carry out a rapid test at the end of the surveillance.

In addition, he advanced that when the third phase of the recovery begins, sales of the entire Cuban destination and all the excursions and circuits that are marketed in the country will be activated.

Since the Cuban authorities decreed the closure of the borders on April 2 as part of the measures to prevent the spread of COVID-19, international flights have been cut off on the island, except for humanitarian, merchandise flights and to transport medical brigades to other countries.

The closure of borders has been used to carry out repairs and improvements to hotel facilities and to the country’s 19 airports, including the one that serves the Jardines del Rey area.

Tourism is Cuba’s second source of income after the sale of professional services abroad; it contributes around 10% of the Gross Domestic Product (GDP) and employs approximately half a million people in the state sector.

A high percentage of the more than 600,000 workers in the private sector also carry out activities related to tourism.

For this year, Cuba expected to receive 4.5 million international visitors and reverse the 9.3% decrease in 2019, when 4.2 million tourists traveled to the country, 436,352 less than in 2018, according to official data.