Miami-Dade is at the forefront of the number of cases. For more than a week it has consecutively broken records. This Wednesday, more than 3,200 cases were detected. 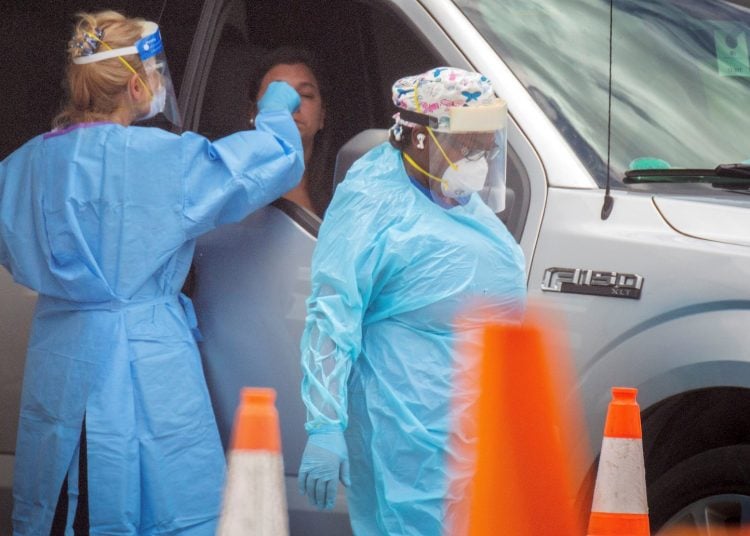 The COVID-19 pandemic continues its unstoppable rise in Florida. This Thursday the state health service announced that the previous day 3,207 new cases had been detected, an absolute record since the authorities started compiling these statistics last March.

This new figure is an addition to a similar wave registered since mid-last week, when new records were set almost daily. With this, Florida has already reached 85,926 infected people and 3,061 deaths, another indicator on the rise: 43 new deaths this Wednesday in a state that since last month started trying to normalize its public and commercial activities.

“I have no intention of closing our state again. I don’t see why. We can continue to normalize with these numbers,” Governor Ron DeSantis said this Thursday upon learning of the Florida Health Service’s new report.

The previous record was set last Tuesday with 3,060 cases after an increase of about 1,000 daily since last week, without the local authorities―particularly in South Florida, where the most worrying figures are concentrated―having wanted to withdraw the normalization measures, including returning to confinement at home, in force for the last four months. The move continues to be encouraged, but is no longer mandatory.

“This brutal increase has several reasons, but none of them takes away the governor’s responsibilities. Governor DeSantis thinks that with the opening the virus will disappear as if by magic. But no, it’s there. He knows that increasing tests in homes for the elderly and in prisons the numbers grow, but he doesn’t believe this is not a multiplying indicator because it indicates that cases are higher on the street. Recall that only 5.2% of the population has been tested. In the rest, there are thousands and thousands of cases that have not been detected. And that is very serious,” epidemiologist Jesús de Armas explained.

So much so, that at least Miami-Dade County authorities have opened several points throughout South Florida to make tests, absolutely free and with extended schedules. The public can come without an appointment and will obtain the result in 48 hours. Until now, tests were carried out for about four hours in the morning and by making an appointment by telephone.

This Wednesday, Miami-Dade Mayor Carlos Giménez suggested in a virtual press conference  that the increase in cases in South Florida could be due to protests over the death in Minnesota of African-American George Floyd.

Furthermore, “people are not wearing the masks. They feel too comfortable without them and don’t understand the danger. In South Florida the use of masks is now restricted to closed spaces, but public ones, such as restaurants, bars, or shops. In the street they are not demanded so much since people maintain social distancing. Charged with enforcing social norms, the police are no longer so strict. It allows people not to wear the mask if they are kept far apart in groups of more than five. However, if someone drinks coffee at one of the popular windows available in a large number of Hispanic coffee shops, the mask is mandatory.”

Contradictory, Giménez decided to prolong the state of emergency in the county without backing down on the relaxation of preventive measures. Miami-Dade has 23,854 COVID cases, 19,581 more than this Tuesday and 9 new deaths, for a total of 859. The highest numbers in Florida.