A total of 505 new infections from all the country’s provinces were diagnosed. Most of them were the consequence of autochthonous transmission, which in general is the cause this time of 472 positive cases. 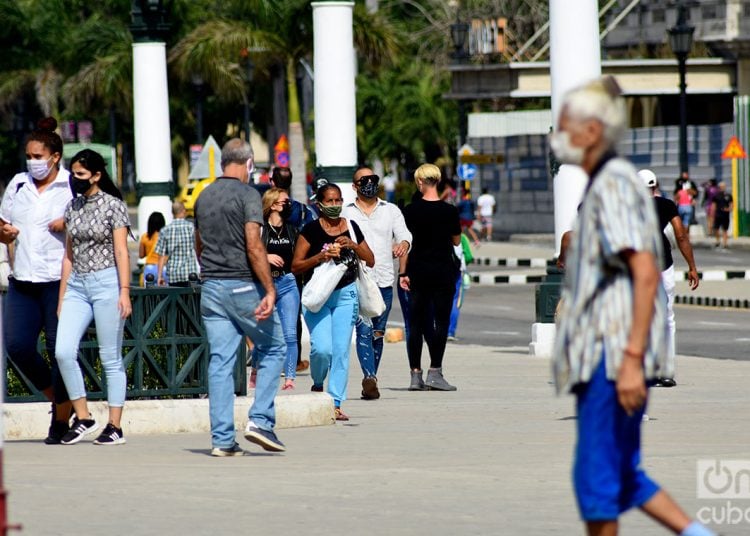 People in Havana, during the outbreak of coronavirus in early January 2021. Photo: Otmaro Rodríguez.

This Wednesday, COVID-19 claimed two new fatalities in Cuba, both women and octogenarians. With them, the fatality on the island is 0.9% and the total number of deaths is 160.

In addition, Dr. Francisco Durán has explained, and the Ministry of Public Health (MINSAP) informed in its corresponding report, that there is another record of active cases, 3,660 in a day where the new infections reported from all the provinces of the country totaled 505.

Most were a consequence of autochthonous transmission, which in general is the cause this time of 472 positive cases.

Today, 52.3% of all SARS-CoV-2 virus carriers were asymptomatic at the time of diagnosis.

The territory with the highest number of patients was Havana, with 175 positive cases between imported and autochthonous, followed by Santiago de Cuba (91), Matanzas (85), Villa Clara (41) and Ciego de Ávila (27), although all provinces registered cases today.

By age group, 69 are under 20 years of age, an aspect that Dr. Durán drew attention to, since 54 of them are in pediatric ages and five were reported in serious condition, although with a positive prognosis.

38 patients were in intensive care, 17 in critical condition and 21 in serious condition. On the other hand, there were 221 discharges during the day, with which 12,699 have already recovered.

For this diagnosis, 14,579 samples were processed in the 18 laboratories authorized in the country, according to the MINSAP.