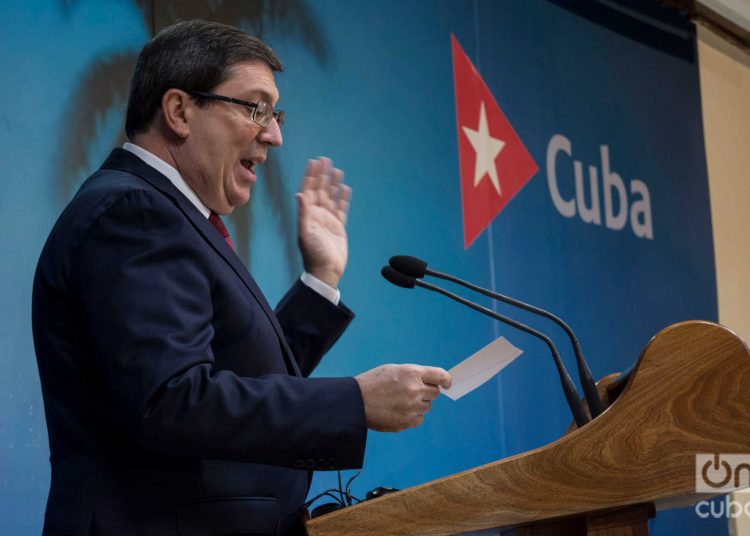 Cuban Foreign Minister Bruno Rodríguez Parrilla rejected the measure announced yesterday by the Bureau of Industry and Security of the U.S. Department of Commerce, which imposed “new controls on any American technology and specific activities of U.S. persons” that may be linked to “foreign military-intelligence.”

According to the Department of Commerce website, “the new controls prevent U.S. persons from supporting certain foreign military-intelligence services, such as through brokering the sale of foreign-origin items or providing maintenance, repair, or overhaul services.”

The statement adds a quote from Commerce Secretary Wilbur Ross, who was categorical in saying: “We cannot allow the foreign military-intelligence organizations of our adversaries in China, Cuba, Russia, Venezuela, Iran, and other terrorist-supporting nations to benefit from U.S. technology or U.S. services to support their destabilizing activities.”

What is OFAC and what does OFAC do?

For the Cuban foreign minister, each coercive measure of the U.S. government against the island “is especially aimed at strangling the Cuban economy and distancing the prospects for respectful relations between our countries.”

Rodríguez Parrilla had expressed from the social network that Cuba was a victim of organized terrorism, promoted by the U.S. government and terrorist organizations based in that nation.

The measure established by the Department of Commerce, which will come into effect on March 16, comes four days after Secretary of State Mike Pompeo notified that the island was returning to the list of states sponsors of terrorism.