In addition, at the close of yesterday there were two new deaths from COVID-19 and 159 discharges, with which the death toll from the disease already stands at 153 and those recovered amounted to 12,022 in the Caribbean country. 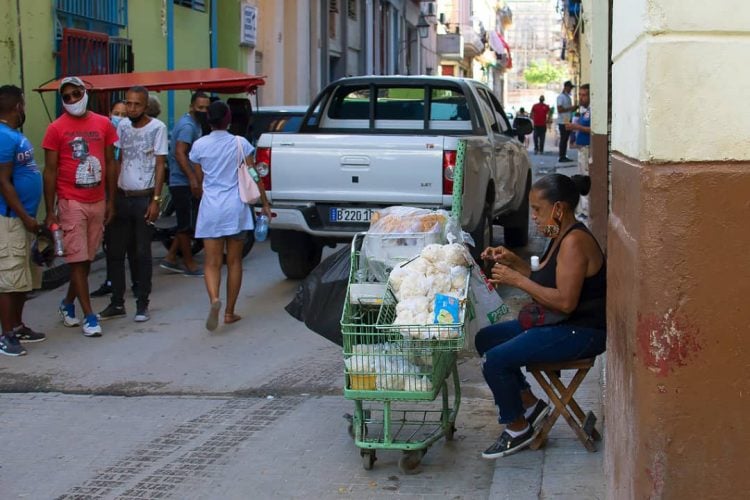 The Cuban health authorities reported this Monday a new record of 431 new infections of coronavirus in one day, with which the number of cases detected on the island since the beginning of the pandemic exceeded 15,000 (15,007).

In addition, at the close of yesterday there were two new deaths from COVID-19 and 159 discharges, with which the death toll from the disease already stands at 153 and those recovered amounted to 12,022 in the Caribbean country.

This Monday, 5,715 people were hospitalized due to the coronavirus, 1,948 of them under surveillance, 965 suspects and 2,802 confirmed, the highest number of active cases to date on the island. Of the latter, 2,778 have a stable clinical condition, while 24 are in ICUs: nine in critical condition and 15 in serious condition, according to the most recent report from the Cuban Ministry of Public Health (MINSAP).

As for the new cases, 421 correspond to Cubans and 10 are foreigners. The autochthonous cases established a record of 395―271 of them are contacts of previously confirmed cases―, while the imported ones were only 36 this time. However, according to Dr. Francisco Durán, national director of Epidemiology of the MINSAP, 285 of the autochthonous cases are related to international travelers, who continue to be the main source of the current outbreak.

Of the newly infected, 238 correspond to the female sex and 194 to the male, while 231 were asymptomatic at the time of their detection.

And by provinces, Havana continues to report the highest number of cases, with 123 new infections at the end of Sunday. Guantánamo (89), Matanzas (71) and Santiago de Cuba (51) followed the capital and present together with it the most complex epidemiological situation, although cases are reported in all Cuban provinces.

Finally, Dr. Durán again alerted the population about the high risks of contagion in the current situation and confirmed that in the first 10 days of January, 2,952 cases and seven deaths from COVID-19 have already been reported, which leads to thinking that the negative records could be broken for a month in Cuba. As for the rate of autochthonous cases, it continues to rise and the island already has 23.43 patients per 100,000 inhabitants in the last 15 days.