A total of 21 kilograms of drugs were seized, especially cocaine, marijuana and synthetic cannabinoids. 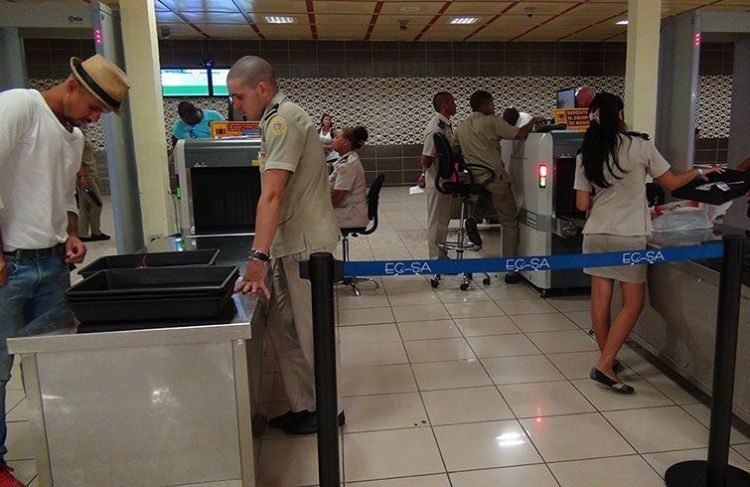 The General Customs of the Republic (AGR) of Cuba detected 30 cases of drug trafficking between January and November 2019, the majority in its airports, in addition to discovering drugs on 203 passengers for their own consumption.

A total of 21 kilograms of drugs were seized, especially cocaine, marijuana and synthetic cannabinoids, Cubadebate reported this Friday.

The figures recorded in this period are higher than in 2018, when the customs authorities managed to detect 25 cases of trafficking, 59 for personal consumption, and three who intended to use the island as a stopover to take the drugs to another country.

Moraima Rodríguez, director of AGR Confrontation, said that the trend towards the legalization of marijuana in countries of the region, the emergence of synthetic substances and the increase in the production and consumption of drugs increase the complexity of her institution’s work.

Cuba maintains a “zero tolerance policy” regarding drug trafficking and use, the source noted.

According to the official, attempts to introduce these substances have occurred mainly by air, using different origins, routes, and more sophisticated disguising methods.

Rodríguez commented that many of the “mules” detected were foreigners who carried the drug hidden in cavities (vagina and rectum) and attached to the body or swallowed.

Cuban customs optimizes the use of new technologies, with greater inspection capacity. In the last two years, 85 specialized equipment for the detection of drugs, explosives and others have been acquired and installed, she said.

“A very important technique, whose work continues to be strengthened, is the training of dogs for security linked to the quarantine of food and plant health products, as well as drugs and money, based on international cooperation,” Rodríguez said.

In 2018, Cuba seized some 2.4 tons of drugs, mostly marijuana consignments intercepted on the coast, a figure that represents the lowest record of illegal substances seized in the last three years, according to data from the Cuban Ministry of Interior.

In the airports, mainly Havana’s José Martí, 49 attempts to introduce drugs for commercialization were aborted, for which 90 persons (54 Cubans and 36 foreigners) were arrested and a total of 81 kilograms of narcotics were occupied, a quantity greater than the 64 kilograms seized in 2017.