In legislative terms, Cuba has arrived a little late to the concert of legal actions in the region. Latin America is the territory with the most policies approved in favor of women and against sexist violence in the last decade. 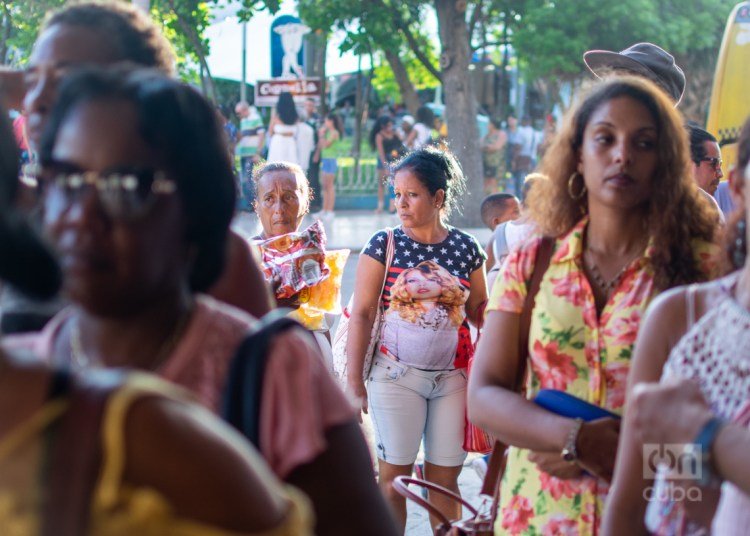 In Cuba, that which will be the last state regulation regarding sexist violence is being discussed. So far, it is known that the issue is on the national institutional political agenda and that it has gained body and visibility for citizens.

That violence against women is a problem was recognized in the Conference of the Communist Party of Cuba (2012), in the new Constitution of the Republic (2019), in the country’s official reports to ECLAC (2019), in institutional talks and work, and in citizens’ demands.

It is not just a national issue. In recent decades, legal attention to the fight against violence against women has increased almost worldwide. Women’s and feminist organizations, international organizations, civil society and governments have contributed to this. The process has been difficult, with advances and setbacks, and has confirmed that the problem is not resolved just with legal changes, but that without them the issue is further from any solution.

In legislative terms, Cuba has arrived a little late to the concert of legal actions in the region. Latin America is the territory with the most policies approved in favor of women and against sexist violence in the last decade.

Today, 33 countries in the region have first-generation laws that regulate state action against gender-based violence in the private sphere (domestic and intra-family). Others have second-generation laws, which intervene in the (re)production of gender violence in public, labor, political places, etc. In 2013, 24 Latin American countries had national policies to prevent gender-based violence. In 2016, they were 31. In 18 countries feminicide is classified as a specific crime.

A law against gender violence

Gender violence is a particular type of violence, and its logic and reproduction structures are not the same as those of other types of violence.

State actions and public policies that ensure low crime rates do not put an end to gender violence, although they can contribute to its decrease. Fighting against this type of violence (preventing it, intervening once it has happened, accompanying the victims and their offspring and offering them reparation if necessary) requires a regulatory umbrella and direct public policies.

Violence against women will not be resolved as a side effect of another type of policy. We already know that. Let’s take the next step.

A comprehensive and mainstream law

In Cuba two options are being handled: 1) comprehensive law or 2) mainstream attention to the problem in different laws.

Both are important and, in reality, they are not excluding options: the best way to mainstream the fight against gender violence is to consolidate a comprehensive law.

Comprehensive laws are built on the understanding that gender violence has different expressions and forms. It is not just about violence in the family. Leaving the matter there reduces violence against women in the circumstances of domestic coexistence.

Gender violence perceives structural inequalities among people because of their gender that remain throughout society, and not only in the family. Then, a comprehensive law recognizes that gender violence is a major problem, manifest in families and couple relationships, in workplaces, student, cultural, political, community, sports places, etc. And it manifests itself in the form of psychological, economic, sexual, physical violence. A comprehensive law includes that essential systemic vision of gender violence.

On the other hand, drawing up and implementing a comprehensive law makes it possible to elaborate a regulatory body with the power to intervene in the other laws of the country. That is one of the great virtues of this type of norm: ensuring that the fight against gender violence is mainstreamed in all areas of the State and social life. By having statute of law, the fight against violence gains hierarchy and legal capacity over other laws and policies.

That is also why the comprehensive norms consolidate the coherence in the handling of the issue; they avoid the gaps and contradictions that often exist within national laws and are more likely to achieve good legal and political complementarities, modifying and adapting whatever is necessary.

The number of comprehensive laws has increased in the region, although they are not identical in the different countries. They have important differences regarding, for example, the types of gender violence they consider, the areas of application of the law they indicate, the institutional needs they refer to or the social actors they convene.

Not all comprehensive laws clarify the public budget that will sustain them, the type of measures they will consider (protection of victims, prevention, reparation, etc.) or how they will monitor and evaluate their results.

But despite their differences, there are enough in Latin America and the world so that Cuba can assess good practices and referents, as well as the inconveniences of bad practices and the greater challenge: that the law remains as a dead letter because there is no way to carry it out.

The type of norm

The most comprehensive laws against gender violence:

There is no reason why―in the face of a normative change of such magnitude as the one that ensues in Cuba―specific chapters and articles be chosen instead of a comprehensive law.

Treating the matter in a timely manner within other laws (however firm the approach may be) may end in:

2) lack of knowledge about the different forms of gender violence,

4) loss of density and mainstreaming the state treatment of the issue and much greater possibility of contradictions in how each norm works the matter;

5) institutional weakening in the absence of a governing body, with budget and legal capacity to compel other institutions.

Cuba can gain a lot by making a comprehensive law against gender violence. And nothing will be lost.