In a report from last April, the decline forecast for the island was 3.7%, but more than two months later the forecast for the fall has doubled, despite the fact that Cuba has managed to contain the disease and has already started de-escalation in search of economic recovery. 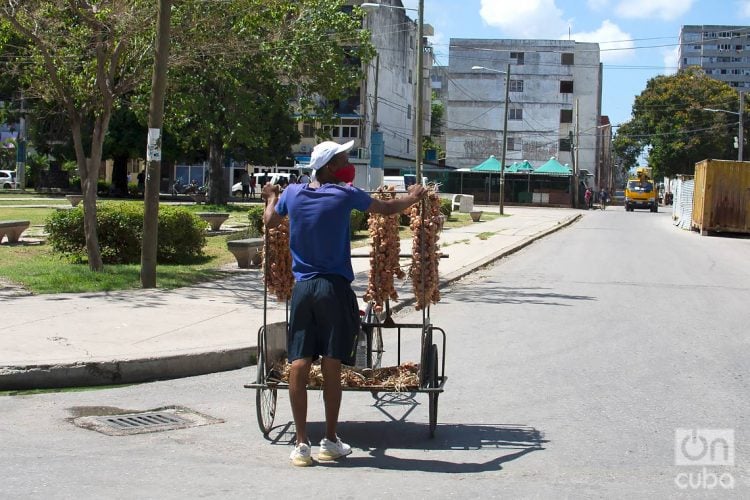 The Cuban economy will fall 8% in 2020 due to the impact of the coronavirus pandemic, according to the Economic Commission for Latin America and the Caribbean (ECLAC).

The decline forecast for the island by ECLAC last April was 3.7%, but more than two months later the forecast for the fall has doubled, despite the fact that Cuba has managed to contain the disease and has already started de-escalation in search of economic recovery.

In May, the Cuban government had recognized the negative impact of the pandemic on its economy, already hit by other factors such as the U.S. embargo and the recent measures of the Trump administration, the crisis of its ally Venezuela and internal inefficiency. Then, the Council of Ministers approved readjusting the economic plan of the year to “lead the country more objectively.”

“An economy with zero tourism and an increase in the blockade (of the United States) cannot continue working normally and that nothing happens,” said the Minister of Economy Alejandro Gil, who explained that due to the spread of COVID-19, “everything we had planned” could not be done and “some activities would have to be postponed, slow the pace of others and prepare for recovery.”

However, in the articles published in the official press, estimates of the possible economic contraction in 2020 due to the coronavirus were not mentioned. Officially, the island’s authorities forecast a GDP growth of 1% at the end of this year, but that figure has not yet been publicly readjusted.

In general, ECLAC estimates that the pandemic that is not fully controlled in Latin America and the Caribbean, will lead to all-time 9.1% contraction of the regional GDP in 2020. The UN agency based in Santiago de Chile, which last April had forecast a regional recession of 5.3%, explained that although there are countries like Uruguay or Paraguay that have recovered some normality and lifted containment measures, “others have had to maintain them or even intensify them in the face of the persistent increase in new daily cases of the disease.”

This is the worst contraction in economic activity since records are available and will translate into a drop in regional GDP per capita to 2010 levels.

Labor indicators will also suffer a significant deterioration: the unemployment rate would be around 13.5%, which implies an increase of 2% compared to the forecast for April and of 5.4% compared to 2019.

The number of unemployed will thus increase by 18 million compared to last year and will reach 44.1 million persons.

“These figures are significantly higher than those observed during the global financial crisis, when the unemployment rate increased from 6.7% in 2008 to 7.3% in 2009,” warned ECLAC.

ECLAC also warned that inequality will increase and remittances to Latin America will be seriously affected and predicted that the value of regional exports will fall by around 23% “mainly due to the intensification of the contraction in world demand.”

The region, with 626 million people and considered the most unequal in the world, faces the pandemic at a time of weakness in its economy, with growth that barely reached a rate of 0.1% last year. Before COVID-19, ECLAC expected that Latin America would grow a maximum of 1.3% in 2020.

Currently, the region has more than 3.4 million infected and nearly 350,000 dead, making it one of the main global centers of the pandemic.