Cementos Cienfuegos S.A. processes between 130 and 150 vehicle tires per day in order to reduce this waste’s environmental impact and replace fuel imports. 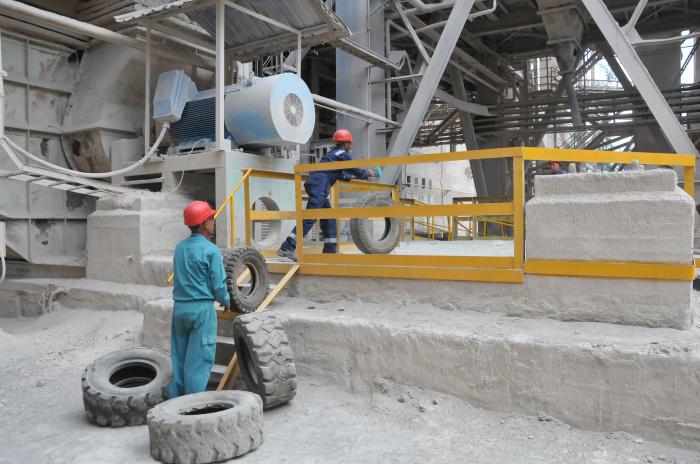 The enterprise Cementos Cienfuegos S.A. is burning useless tires to use as an energy source and, in this way, reduce this waste’s environmental impact and replace fuel imports for its own operation, at a time when the island is experiencing difficulties with fuel.

Carlos López, technical deputy manager of the enterprise, explained to the official daily Granma that this production is still in an initial phase, in which 130 to 150 vehicle tires are processed per day. According to the official, to date they have processed more than 3,600, but they hope to multiply that figure and reach 400 tires per day.

Cuban President Miguel Díaz-Canel called for taking advantage of this alternative means of fuel production during a recent visit to Cienfuegos, and according to López “many entities, even based in the eastern part of Cuba, are willing to bring them” and “steps” are being taken to ensure their transfer.

“In this way, when they come loaded with tires they can return with cement, representing zero cost for the factory,” he said.

The Cienfuegos enterprise hopes to take advantage of “thousands of used and useless tires that are found in various facilities” throughout the country, says Granma, pointing out that “in a second stage, the intention is to cut them into pieces and get out of them even more profit,” because at the moment they are used whole.

In addition, the cement industry also started burning oil sludge and recovering oils as fuel, and although since the beginning of the project it has only burned about 30,000 liters, “it has an infrastructure designed with its own resources―through the recovery of engines, cylinders, pails and beams―guaranteed and exempt of any cost for the national economy,” says Granma.

José Luis Romero, a specialist from the enterprise’s Optimization Group, affirms that with this practice pollution can be avoided, because “the emissions are very noble and don’t contribute to the pollution charge,” while the systems applied in the factory are endorsed by the Ministry of Science, Technology and Environment, the Ministry of Interior and the Fire Protection Agency, “which gives the project security and reliability.”

Hundreds of thousands of tons of useless tires are discarded every year on the planet, which represent a serious environmental problem, and in other countries they are used, processed, whole or fragmented, as an alternative fuel. Its advantages in this use include that they are cheaper than fossil fuels, reduce pollutant emissions and produce the same amount of energy as gasoline, and more than wood and coal.

Cuba is experiencing a complex energy situation due to the fuel deficit that in recent months has affected sectors such as transportation and industrial production. This is largely due to the U.S. sanctions against the island for its support of Venezuelan President Nicolás Maduro, and also because of the current crisis in Venezuela, the island’s main ally and supplier of oil.