It will enter into force ninety days after its publication in the Gaceta Oficial de la República. 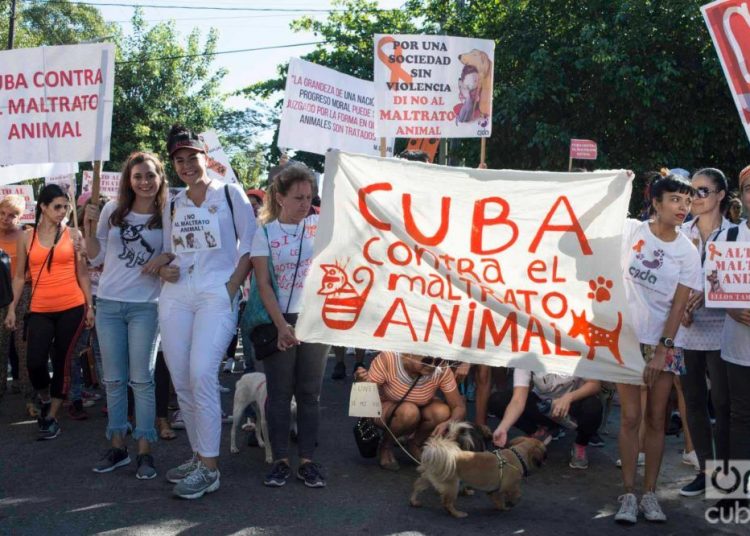 Yesterday, February 26, 2021, the Decree-Law on Animal Welfare was finally approved by the Council of State.

Its fundamental proposals regulate the principles, duties, rules and purposes regarding the care, health and use of animals to guarantee their well-being, understanding as such the physical and mental state of an animal in relation to the conditions in which it lives and dies.

The document establishes the responsibilities of the State bodies and associative forms related to the welfare of animals and the principles that govern them. Also, the individual responsibility of owners and holders of animals to satisfy their basic needs and the obligations of the breeders.

The Decree-Law defines the obligations of veterinary doctors to exercise veterinary assistance, under strict state regulations and the control of the competent authority in order to guarantee the prevention, diagnosis, treatment, and control of diseases that affect animal welfare and compliance with their prevention and control programs.

It ratifies the need to comply with the biosecurity and zootechnical management regulations in the establishments for the raising of productive animals, according to the characteristics of each species. Likewise, it establishes the obligations that people related to productive and working animals must comply with to avoid any form of abuse and ensure their well-being under normal conditions or in disaster situations.

The text dedicates a chapter to pets, defining them as the domesticated species to accompany people or with the aim of enjoyment. The conditions that they require when they remain in the exterior spaces of the home and the obligations that their owners or holders have to provide their well-being are established.

On the other hand, it confirms that the management of stray dog populations is carried out as regulated by the Ministry of Public Health in the National Rabies Control and Prevention Program. And it dictates the behavior to follow with stray animals once they have been collected and transferred to the observation centers.

Regarding the slaughter of animals, the text says that it is done compassionately and quickly, avoiding pain and stress and ensuring correct handling and humane killing. Similarly, it regulates the aspects that must be met for the slaughter of animals for human consumption and slaughter for prophylactic purposes in case of serious animal diseases. The criteria to be considered for the selection of the slaughter method to be used are established. The causes that justify the sacrifice are also regulated for the control of populations of animals in wildlife.

The Decree-Law on Animal Welfare will enter into force ninety days after its publication in the Gaceta Oficial de la República.