The group was received by officials of that ministry and the conversation could be followed through social networks until they were asked to put their phones away. 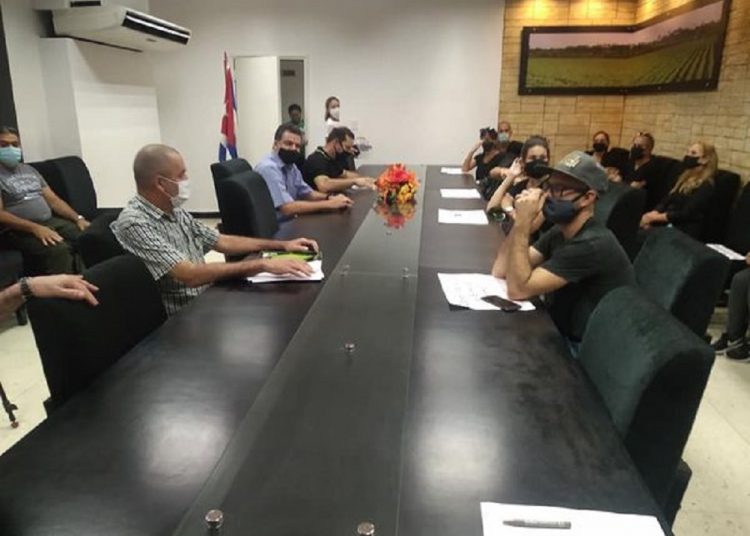 A group of animal protectors who stood with posters in front of the Ministry of Agriculture (MINAG) this Friday protesting over the postponement of the decree-law of animal welfare—and which was not approved at the most recent meeting of the Council of State—presented their complaints and criteria to MINAG officials.

The group was received by officials of that ministry and the conversation could be followed through social networks until they were asked to put their phones away.

“We want a date for the approval of the Decree-Law on animal welfare,” was already read in a statement published on the Facebook profile of Beatriz Batista, one of the participants.

The document calls for “transparency on the content of said decree before its approval so that there can be feedback from the animal protectors’ community, and effective communication on what the mechanisms designed to report these problems are, as well as for the compliance of the law in question.”

Finally, and after a debate between the parties, the animal protectors left MINAG with the commitment of its authorities that the decree-law will be approved before the end of the current month. This was published on their social networks and was confirmed by the ministry itself in a note published in the official media.