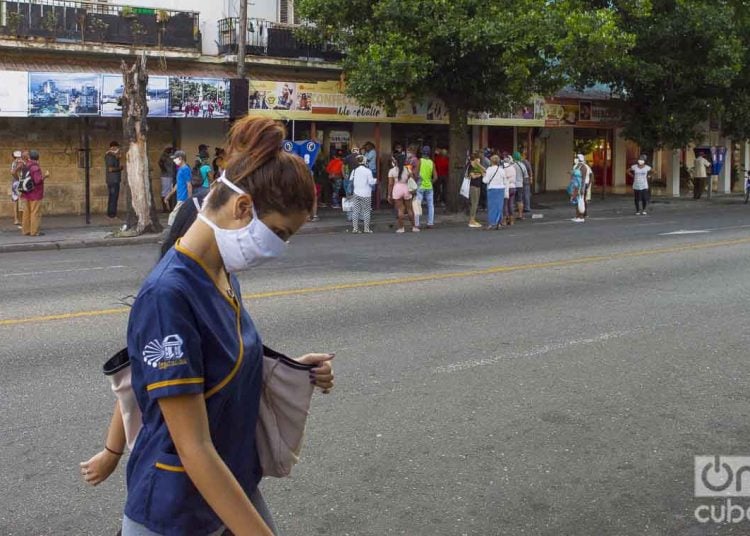 A total of 720 new cases of coronavirus and four deaths were reported this Saturday in Cuba by health authorities after the study of 17,892 samples.

Dr. Francisco Durán, national director of Epidemiology, pointed out during his regular appearance that 680 cases of confirmed contacts were confirmed, 17 with a source of infection abroad and 23 without being able to determine, so far, the source of contagion.

This time the number of patients with COVID-19 decreased compared to the previous day, but continues to reflect the high rates of infections that the country has experienced for more than a month, which has caused an increase in deaths.

The specialist indicated that four new deaths from the disease were reported, bringing the death toll to 318.

The head of Epidemiology indicated that 19,491 patients are hospitalized, of which there are 4,221 active cases with the disease, 3,072 suspects and 12,198 in epidemiological surveillance.

Havana remains the epicenter of the pandemic with 362 cases, followed by the provinces of Mayabeque (60 cases), Camagüey (55), Santiago de Cuba (45) and Artemisa (37).

In the midst of this complex epidemiological scenario, it was reported that next March the Soberana 02 and Abdala vaccine candidates will enter phase 3 of clinical trials.

Both vaccine prototypes, according to Cuban scientists, have shown to be safe and elicit a powerful immune response to the coronavirus.