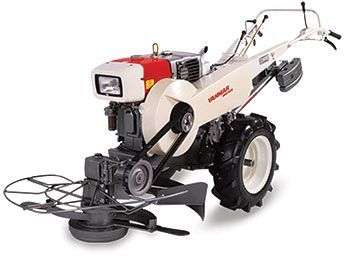 Brazilian company Agritech Lavrale S.A has joined the second largest bus and bus body maker in the world, Marcopolo, and the glass producer Fanavid SA, in their intentions of opening factories in Cuba.

The Brazilians companies seem encouraged by the advantages Cuba is offering to foreign investment in the Special Development Zone in the Mariel Port, 50 kilometers west of Havana, added to a one billion dollar line of credit their government opened for that purpose.

Last August, the Brazilian government extended a line of credit to Cuba for 200 million dollars to import machinery for food production. Also, Brazilian Odebretch is working in an 800 million project to expand the Mariel Port.

On Friday, the Agritech Lavrale business group delivered a Letter of Intent to the Cuban authorities to build a factory to produce tractors and other agriculture tools in Cuban soil.

Agritech sales manager Alexandre L. Pedó said that at present they are holding talks with their Cuban counterparts to set up guidelines for this investment.

The company, based on Rio Grande do Sul, is one of the leading producers of tools used in precision agriculture, which is  a farming management concept based on observing and responding to intra-field variation. This system optimizes soil usage and yield.

Governor Tarso Genro said Rio Grande is the best producer of this kina of equipment, of high demand by middle and small enterprises. “Therefore, promoting this business in Cuba could be specially attractive for others” Genro added.

The Port of Mariel Expansion, when it becomes operational, “will allow Cuba to have one of the largest ports in all latin America, though which it would be able to increase its trading, not only with Brazil but with the rest of the world as well” said Alessandro Teixeira, executive assistant of the Brazilian Ministry of Development, Industry and Foreign Trade.

Due to its geographical location, this mega-investment will help Brazil to have access to a larger number of markets and business partners in the region, Teixera added.

“We have extended a line of credit of about one billion dollars, aimed at encouraging Brazilian entrepreneurs to participate in the Cuban production of food and agriculture”, and also expressed his confidence on the Cuban market.

The President of the Rio Grande do Sul Federation of Industries Heitor Müller noted the importance of taking into account the context of these negotiations, when Cuba is undergoing a process of change.

It is expected that the modification of the Foreign Investment Law (Law 77) will include a set of measures and policies that make Cuba attractive to foreign investment.

The family that unveiled the mystery of clay