Series of interviews with economists about the new package announced on July 21 by the Cuban government: Anamary Maqueira Linares. 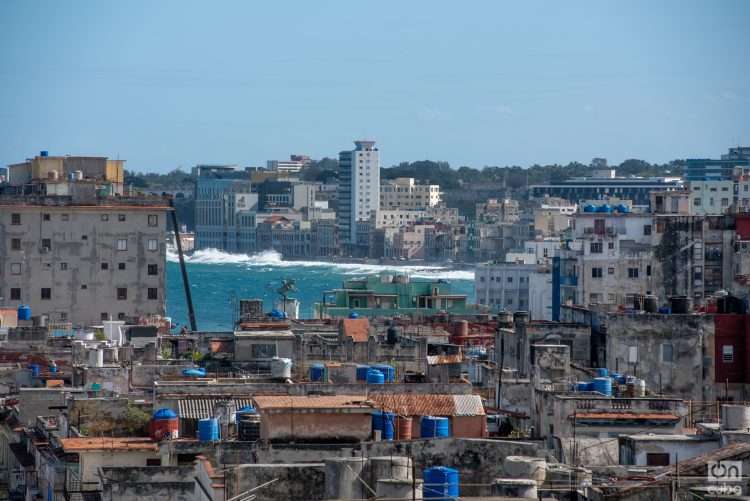 On July 21, a new package of actions approved by the government of Cuba was announced, aimed at trying to lead the Cuban economic crisis towards recovery. Announced by Minister of Economy and Planning Alejandro Gil Fernández, the package consists of 75 measures aimed primarily at attracting foreign currency, protecting the most vulnerable people and making the productive sectors more flexible.

We will offer the readers of OnCuba the opinion of economists who have agreed to answer some questions on the subject, in this fourth part we are publishing the answers of Anamary Maqueira Linares, Cuban economist and candidate for a Doctorate in Economics at the University of Massachusetts.

Of the recently announced measures, one that directly affects the population is the opening of a foreign exchange market. What impact could it have on the informal exchange rate?

It is difficult to predict the specific impact that the foreign exchange market will have on informal exchange rates with the information available so far, which raises more questions than answers. It has only been announced that an exchange market will be implemented for the sale of foreign currency to the population with an “economically based” exchange rate where all currencies can be worked with, including dollars in cash. At the same time, it is announced that the difficulties that led to the non-acceptance of dollars in cash continue, which then seems like a contradictory proposal, since it is not clear how the current conditions change, now and not before. Also, I wonder, how is the market going to operate? What will be the treatment of cash dollars? Who will be able to attend the market as buyers, and under what conditions?

The objective seems to be the capture of foreign currency that is circulating in the economy, not the increase in the supply of foreign currency, because if there is a foreign currency deficit in the country, one of the main restrictions also for growth and the implementation of the different programs, since the question clearly arises as to which foreign currencies the Cuban government will sell. If there is no increase in the supply of foreign currency, it is not clear what the impact will be on exchange rates and inflation. It will be necessary to wait for the details of the exchange market operation, and how much will be the difference between the “economically based” exchange rate defined by the government and the one that circulates in the informal market, in order to foresee the possible impacts on the informal exchange rate. Likewise, a multiple exchange rate scheme moves away from the previous policy and further reinforces the questioning about the poor design of the task of reorganization. Despite this, if the formal rate established by the government is not too far from the one prevailing in the informal market, the state would attract foreign currency, since it is to be expected that there will be some transfer of part of the market segment that today only has the option of going to the informal market, even with the risks that this implies, due to the high differential that exists and the absence of another alternative. In addition, it constitutes a clear incentive for tourism and will make it possible to capture part of the foreign exchange that today enters the country through foreign visitors. Many doubts remain about the criteria that will be established for the sale of foreign currency to the population, about whether there is any financing to execute the measure and about the degree of arbitrage that the existence of multiple exchange rates will generate.

The announced measures mean granting a greater role to the non-state sector. What else could the government do in this regard, where it still fell short?

The measures regarding the non-state sector have been in the right direction since the implementation of what was announced last year with the elimination of the list of activities authorized to be carried out by self-employment and the authorization of SMEs. There are still many knots to untie in the implementation, especially in the links between the different sectors, state and non-state, and in relation to access to the external market in the case of SMEs. This is why the issue of foreign currency allocation to this sector must continue to be deepened and expanded. There is still a great absence, the reference and design of inclusive policies aimed at prioritizing, through incentives (fiscal, credit, training), the participation in the non-state sector of underrepresented groups, for example, women, people in rural areas, groups with diverse sexual orientation and identity, and racialized groups, just to mention a few.

The intention to “stimulate from the new forms of non-state management the development of dry-cleaning services, laundries, takeaway light food services and other support services for families” is positive. It is the only “measure” that would be part of a strategy aimed at specific policies that contribute to redistributing the costs associated with social reproduction and care in the absence of strategies that focus the policy around this issue. The question of how remains again, but more should be thought about this type of action that directly contributes to reducing costs that fall on the family, and especially women, who have the absence of goods and services that contribute to alleviating indirect care burdens.

Foreign investment reappears within the instruments to revitalize the economy. What could be the concrete actions in this regard for the state and non-state sector?

The problems associated with foreign investment are widely identified, and have been recognized by the government year after year. Despite the potential of the current law, the same barriers are listed over and over again. The question then would be: what are the causes that lead to the same problems being identified systematically, in better and worse circumstances? Who are responsible? Why are they not resolved? Concrete actions would be largely conditioned by the answers to these questions. Beyond that, immediate actions should focus on those related to internal deficiencies, which are the ones in which there is total control, including everything related to bureaucratic mechanisms that extend over time approval processes and the start of execution of new investments. One of the advantages that association with foreign capital has in the non-state sector is that it could very quickly generate goods and services in specific locations without the need for large capital, with a transparent regulatory framework that does not squander the possibilities of association.

In any case, regardless of the sector, the attraction of foreign capital must serve the nation’s development interests, but those interests must be transparently agreed upon.

Do you think that the modifications to the import of packages will have a significant impact on the supply of goods?

Any measure that potentially generates an increase in supply is welcome, even more so if it has no cost for the state, or rather, for the resources that the state has that come from the value generated by people’s work. Most parcels constitute flows of material remittances, therefore, better incentives to send parcels would contribute to increasing supply, at least in the population groups that have these support networks. The increase in access to goods of various kinds in one segment of the population can potentially contribute to releasing pressure on the demand of that sector in other market segments used by other less favored population groups, also improving the access of those other groups that in principle would not benefit directly from this measure, but indirectly.

The other measures related to the flexibility of the imports by individuals without a commercial nature are also aimed at promoting an increase in the supply of goods. The concern in this regard is the discretion that the definition remains in the hands of customs agents, for example, of the non-commercial nature of the import of miscellaneous items due to their value and weight and due to the diversity of the articles to be imported, by eliminating physical quantity restriction.

Do you consider it to be a pertinent package of measures? What would be your recommendations?

A short answer, yes, it is pertinent. The long run depends a lot, as I have always expressed, on how. Many people said it at the time of the reorganization, and now we will probably repeat it here: the implementation and articulation of policies are key. That is why it is sometimes difficult to evaluate a priori a proposal that would seem right at first because everything depends on the implementation, and on what the policy wants to achieve.

This package of measures, like last year’s, is part of the truncated reform approved in 2010 and its ups and downs. Many are patches to problems that arise, either due to errors in their implementation or because they are not applied. I reiterate that the urgency in improving the current situation prevents the necessary assessments and analyzes for the design of a comprehensive strategy that includes a review of existing development plans and priorities. An inclusive look is needed at all the measures proposed from their own conception, and not conditioned by the economic cycle. Crucial issues continue to be touched on sideways, and the problems of inequality and poverty continue to be masked under the euphemism of vulnerability. This leads to the design of welfare proposals and not strategies that lead to eliminating the structural barriers of the most unequal groups in a situation of poverty.

What has been said does not deny the existence of an extremely complex situation, both for the reproduction of life and for the social contract of the Cuban project. However, this situation should not be a reason for the absence of a comprehensive program of reform, of an integrating perspective. There are many crises that converge (health, energy, food, care and social reproduction, political consensus, global, etc.) and are intermingled, therefore, isolated measures in themselves do not solve the problems, but rather their harmonic concatenation.

Among the recommendations would be the need for a comprehensive reform that focuses the social organization of care within the development program, the review of existing development programs and goals, the establishment of timelines and sequences, and effective public and transparent accountability. A transparent public management policy is essential, where the government renders real accounts of its management, data and detailed information are offered, where the programs and surveys are really accessible to the public and the same problems and errors are not listed session after session of the national assembly. There must be accountability, and government errors in the design and implementation of policies must be recognized and corrected, with the due processes that this implies. Those responsible cannot continue to be attenuated; a public policy must be generated that generates clear rules and transparent institutions.