It is the first nation in Europe to give the green light to the use of the drug designed and produced by the Finlay Vaccine Institute. 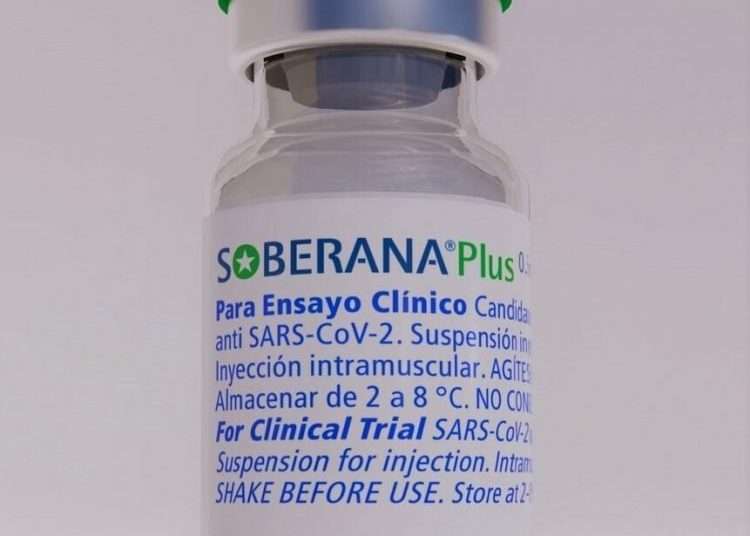 Bottle of the Cuban drug against COVID-19, Soberana Plus. Photo: @FinlayInstituto/Twitter.

The Expertise and Testing Center of the Belarusian Ministry of Health approved this Wednesday the use of the Cuban COVID-19 Soberana Plus vaccine and becomes the first country in Europe to register the drug, according to official media on the island.

The director of the Belarusian health entity, Dmitry Vladimirovich, highlighted that the registration form for the vaccine in his country is dated July 26 in honor of Cuba’s National Day of Rebellion, according to a dispatch from Press Latina (PL) news agency.

Likewise, he delivered one of the copies of the proof of approval of the use of Soberana Plus to the director of the Center for the State Control of Medicines, Equipment and Medical Devices of the Caribbean island, Olga Jacobo, and the director of the Finlay Vaccine Institute, Vicente Verez, developer of the immunizer.

In this regard, Verez congratulated those involved in the emergence of the drug, as well as those who from different sectors make it possible for Soberana Plus to reach Europe from now on, the media reported, adding how the second document was received by the Caribbean island’s ambassador in Minsk, Santiago Pérez, as a sign of the expansion of bilateral ties between Belarus and Cuba.

“The registration of Soberana Plus responds to one of the main objectives of bilateral actions, that of strengthening the health and well-being of the Belarusian and Cuban peoples, with a special focus on our children,” Pérez said, quoted by the media.

For his part, the deputy director of the Finlay Vaccine Institute, Yuris Valdes, extolled that what happened is a sign of the unity of many institutions in the largest of the Caribbean islands in an effort to stop the spread of COVID-19, the agency highlighted.

The day before, Minister of Health Dmitry Pinevichs discussed with Cuban scientists issues related to cooperation in the sphere involving the circulation of medicines and medical products, in particular locating the island’s medicines and vaccines in the territory of that European nation, the report pointed out. The parties also discussed the possibility of exporting Belarusian pharmaceutical products to Havana.

In addition to Soberana Plus, Cuban scientists have developed several vaccines to face the COVID-19 pandemic, including Abdala and Soberana 02, approved by the island’s regulatory authority. In addition, Mambisa and Soberana 01 are under study. Thanks to this, the island has developed a successful mass immunization strategy, which already reaches around 90% of the population and has been key in stopping the advance of the pandemic.

The vaccines approved by Cuba have also been authorized for use by the health regulatory bodies of Vietnam, Iran, Venezuela, Nicaragua and Mexico.

On customs and measures announced in Cuba: better late…