This was reported this Thursday by Minister of Economy and Planning Alejandro Gil, who, however, acknowledged that it would be a lower growth than planned for the year — over 6% — and that it is based on the drop of around 11% of the GDP in 2020. 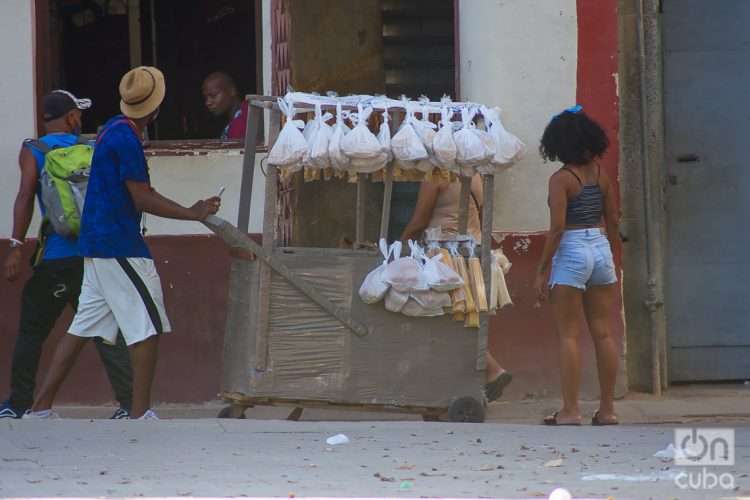 The Cuban economy will close 2021 with “moderate” growth, around 2%, according to the current forecasts of the island’s government.

This was reported this Thursday by Minister of Economy and Planning Alejandro Gil, who, however, acknowledged that it would be a lower growth than planned for the year — over 6% —and that it is based on the drop of around 11% of the GDP in 2020. This, he said, would mean in practice “growth on decrease,” so that the country would still be far from the levels reached in 2019, before the arrival of the pandemic.

In a press conference, Gil pointed out that the new forecast coincides with the estimate of the Economic Commission for Latin America and the Caribbean (ECLAC) of 2.2% growth for the island at the end of the year, and commented that it marks the beginning of a “gradual recovery,” which should be maintained next year thanks to the control of the epidemiological scenario that has been achieved with the advance of vaccination.

The also deputy prime minister assured that the island is going through an “exceptional situation,” in which, along with the pandemic, the effects caused by the U.S. embargo also have an influence, a combination that has had a negative impact on the economy and, in particular, on the lack of liquidity and sectors such as electricity, agri-food and tourism.

However, he was “optimistic” that “little by little” the country could recover the levels of production and supply, due to the gradual reopening of a group of services, flights and international tourism, and a set of “high impact” measures taken by the government to “diversify the productive fabric,” such as the expansion of self-employment, the approval of MSMEs, and the new regulations established for state-owned enterprises and agriculture.

Alejandro Gil affirmed that since January, when the monetary reorganization came into force, some 200,000 new jobs have been created on the island — of which 35% have been occupied by young people and about 3,000 correspond to new MSMEs — and that, despite the economic “tensions,” the basic food basket and a limited level of supply to the population have been guaranteed.

However, he admitted the existence of high inflation, higher than that foreseen as part of the so-called “Task of Reorganization” — and about which he said he did not yet have a specific data —, whose confrontation is one of the “fundamental tasks” of the Cuban government today.

In this regard, he pointed out that, beyond the anti-inflationary measures already applied and others that could be taken, the solution lies in increasing the supply — towards which, he said, the most recent measures have been directed — and that as long as this is not achieved, it will be “very difficult” to establish an effective control of this phenomenon. In addition, he called for “social responsibility” and the ethics of citizens and economic actors to contribute to the efforts of the authorities in this direction.

The minister of economy also specified as government priorities the sustainability of the national electrical energy system and the attention to vulnerable communities and people, two spheres that were among the triggers of the protests last July and on which the official media report daily, especially the actions taken by the government.

In this sense, Gil asserted that his government’s approach is not to apply neoliberal measures but to build “a more dynamic and inclusive economy,” in which “no one can be left behind.”

Cuba is going through its worst crisis since the so-called “Special Period” in the 1990s. The effects of the pandemic and the U.S. sanctions — heightened during the Trump administration and sustained by the Biden administration —, as well as internal inefficiencies, have translated into a greater shortage of basic products, such as food and medicine, and frequent power cuts and other difficulties that affect the daily life of Cubans and have increased social unrest.