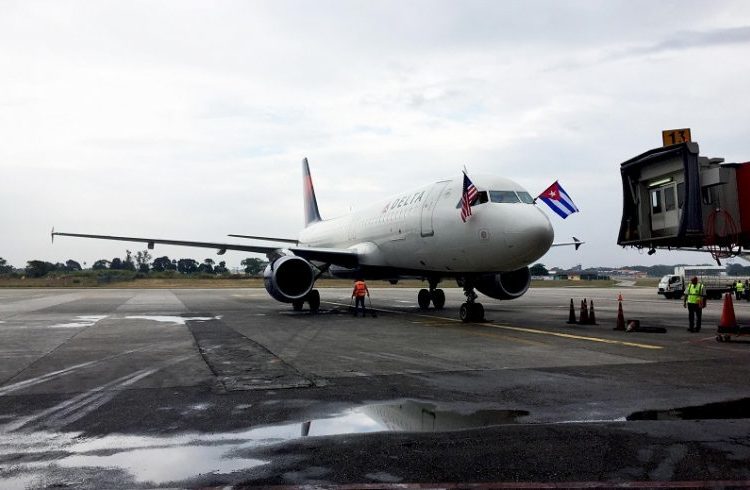 At 8:59 am today, December 1, 2016, Delta Air Lines’ first regular flight took off en route to Havana. Out of the eight airlines authorized by the U.S. Department of Transportation to travel to Cuba, Delta is the only one that had operations with the island before 1961. It was also the last U.S. carrier to leave the Cuban market with the suspension of its service from Havana to New Orleans.

With three daily flights to the Cuban capital, from Miami, Atlanta and New York, the company is resuming its operations with Cuba, a destination it considers strategic because of its geographical position. The inaugural flight was sold from travel agencies, the web page and the recently inaugurated office in Havana, José Zapata, marketing manager for Central America and the Caribbean, said to OnCuba.

“We are delighted, until now sales have had a good performance, according our expectations. The flight from New York already left at 8 in the morning, and this flight from Miami has more than 100 passengers,” commented Zapata, the only Delta official that accompanied the inaugural flight. 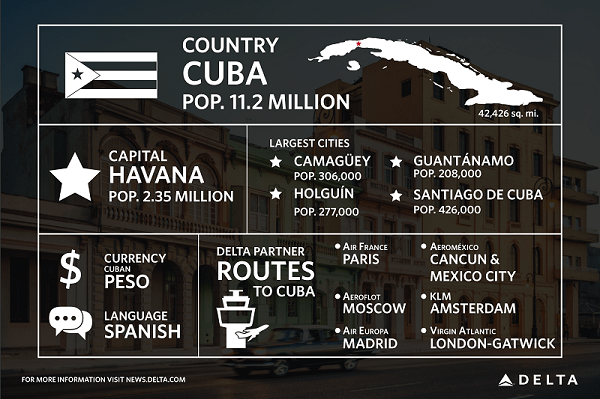 Regarding the possibility of flying to other cities on the island he said that this is being explored. Delta prefers to wait for the market to be a bit more established, but it is part of the analysis of the airline, which opened its commercial office in Havana in early November.

The prices for the flights to Cuba are according to supply and demand, but for passengers interviewed by OnCuba it represents “a much more economical and comfortable” alternative, “compared to the charter flights that until a while ago were the only alternative to visit the island.”

“The conditions to board are also much better, the waiting and the endless lines are over,” said another passenger to OnCuba, “I hope it continues like this and that the prices continue going down.”

“Our operation has been developing successfully, the Cuban government has been very clear in explaining to us the regulations and the restrictions they have and they have guided us in the process which has been long. There have been periods when things don’t function as fast as we are used to in other countries, but we are satisfied with the support and especially with the transparency in Cuba,” said Zapata.

Amid applause, Cuban and U.S. flags, Cuban coffee and an evident joy of all the employees gathered at gate H11 of Miami International Airport, the plane took off, resuming a route interrupted for 55 years.

Today marks the resumption of the service to a tourist destination that has lacked a direct connection with the United States for the major part of our lives, said Steve Sear, executive vice president of global sales. 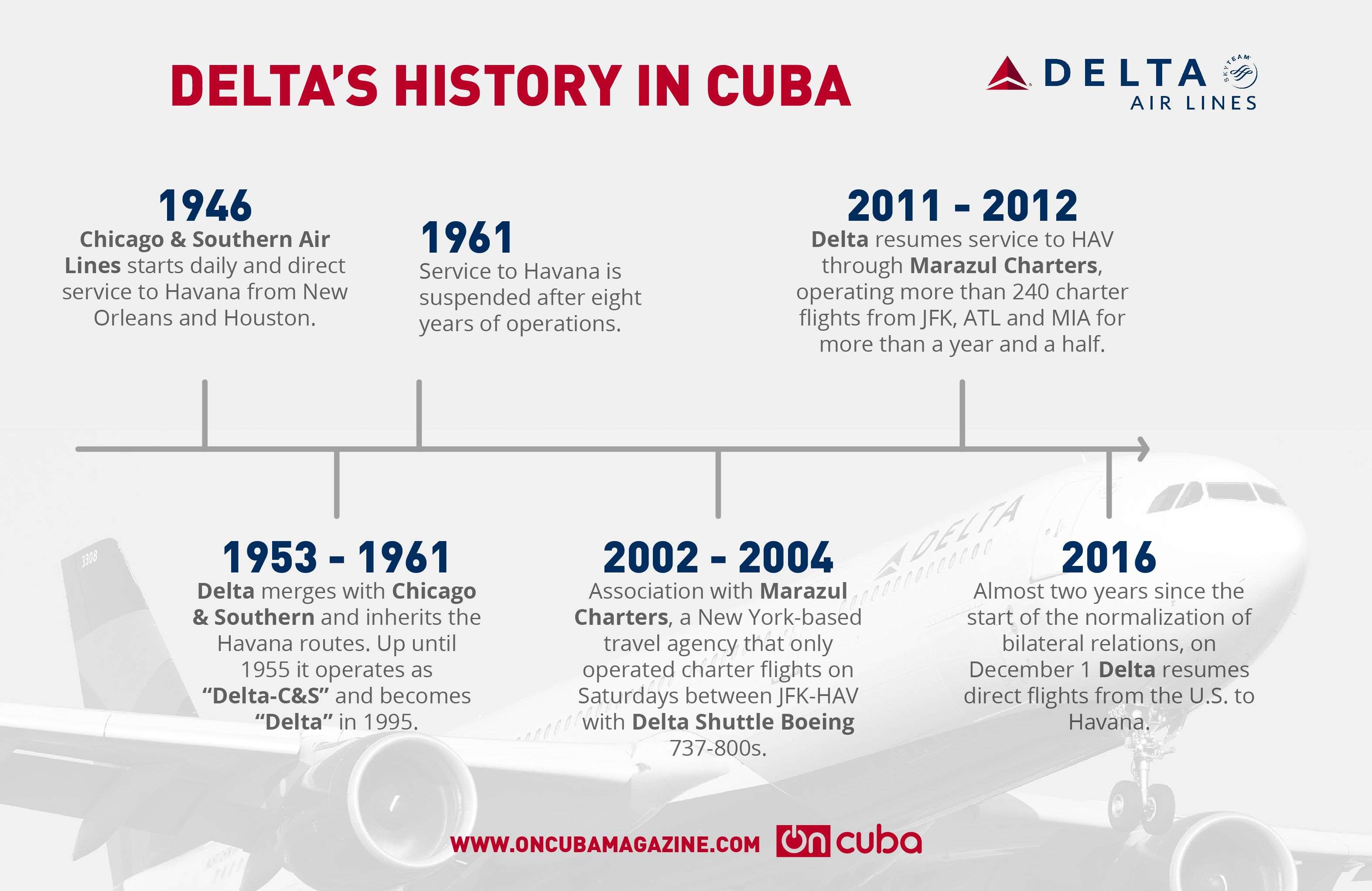 We thank the authorities and officials who allowed us to resume the passenger service and we are proud of the Delta team that worked tirelessly last year to add this point to our route maps after its absence for more than half a century, he added.

Meanwhile, Atlanta Mayor Kasim Reed also celebrated the event, and said they were pleased to welcome Delta Air Lines’ direct route from Atlanta to the Cuban capital, solidifying Atlanta’s Hartsfield-Jackson International Airport, not just as the world’s most active airport, but also as the port of entry to the world.

I had the unique privilege of leading a commercial mission to Cuba last year, together with several other government and business leaders in Georgia, where we are exploring opportunities of association in the sectors of airport management, logistics, food exports, information technology and tourism, he said, adding that Atlanta is well-prepared to serve as an important U.S. partner for Cuba and this route will open several business and tourism opportunities.