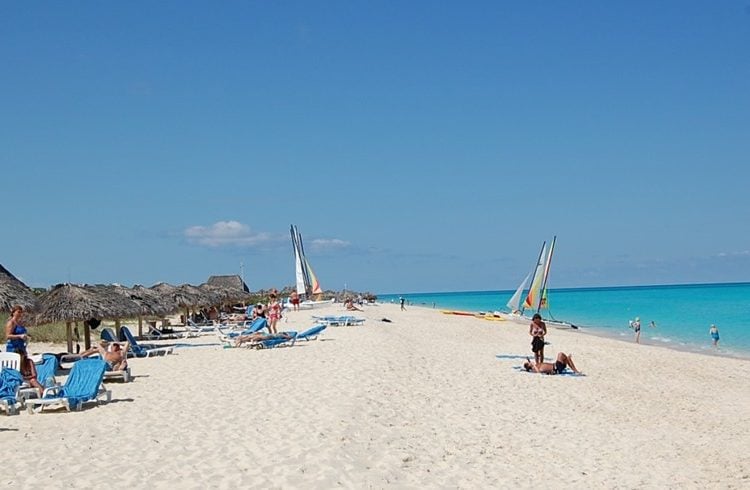 These are the most immediate results of the visit of French President Francois Holland to Cuba in early May.

The announcement did not go unnoticed for Spanish firms such as Sol Meliá, Iberostar, and Barceló, which are the biggest foreign investors in this sector in Cuba.

Many people think that the quality of tourist services in Cuba has deteriorated, and that this new competition may have a positive impact in this branch.

In addition to Bruno Zahr, an adviser for the Lebanese Minister of Economy, the delegation included representatives from 17 companies from different sectors, including food, energy, banking, pharmaceutics, telecommunications, real estate, trade, construction, transportation and medical equipment.

In 2015, Cuba has received official business delegations from Spain, the United Kingdom and Hungary.

Although no agreements have been signed so far, the visitors have announced that some 40 Lebanese companies will be taking part, for the first time, at the Havana International Fair in November.

The number of American tourists who have travelled to Cuba increased by 36% in the first five months of 2015, in spite of travel restrictions still in place. Canadians remain the largest national group of tourists visiting the island, with 18.142 tourists more from January to May than in the same period last year.

The Cuban banking system will undergo a re-structuring process that includes changes in regulations, technological improvements, and new financial products and services. Customers will have access to more credit, and funding will be offered to boost foreign and national trade, according to an announcement made at a meeting of the Council of Ministers.

The Average Wage Goes Up

The average wage for state-run business employees increased from 584.00 Cuban pesos (24 U.S. dollars) in 2014 by 24 percent, the National Statistics Bureau informed this week.

The highest salaries go to people who do hard physical work, such as sugar workers, who earn an average monthly wage of 963 Cuban pesos (40 dollars), followed by mine and quarry workers, and science and innovation workers.

Despite this trend to increase, the real income remains the same, because the price of consumer goods, food, utilities, etc. has also risen.

The average wage in the private sector is around 1,500 pesos (60 dollars), an amount that triples state-owned company salaries.