In the midst of the most adverse economic crisis in the last 25 years, the Cuban authorities are facing a colossal challenge. 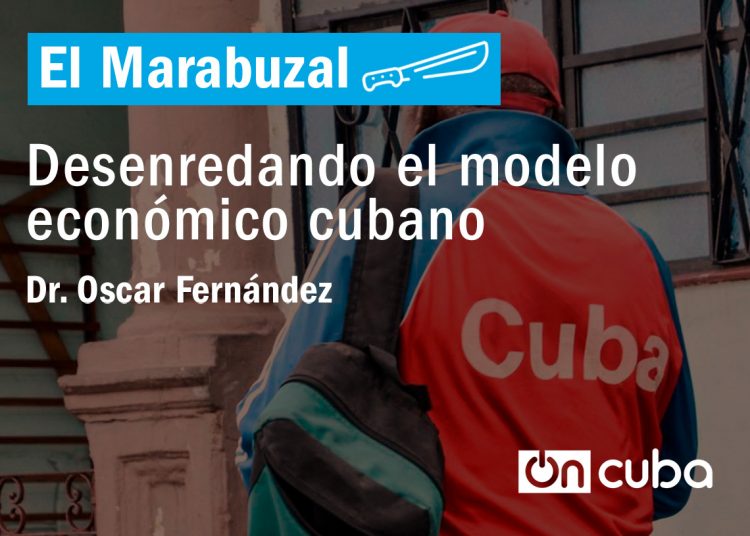 The reform is not reversed. This is one of the messages sent by the recently concluded 8th Congress of the Communist Party of Cuba (PCC). And it is that, judging by the delays and setbacks that an unidentified group of “bureaucrats”—necessarily high-ranking—managed to interpose as of 2014, the slowdown of the process in this conclave was a possibility.

Although the definitive versions of the so-called “guiding documents” have not yet been published, what happened in this event, both due to the content and nuances of the main speeches and the appointments in the hierarchical structures, allows us to take a peek at a fraction of the complex plot that seems to compete in these structures for some time: the different visions of the country model and the distribution of powers to undertake them.

Many of the most critical debates in the deliberation spaces in Cuba today were addressed in the opening and closing reports of the event. In economic matters, a significant part of the argument is aligned with what was conceptualized in the two previous Congresses, which ratifies its validity and demands its immediate implementation.

However, some critical points for the economic advance of Cuban socialism and some substantive and defining processes that are underway were not resolved in the central discourses of the conclave. Instead, it was intended to elevate to the rank of principle unnecessary continuities of stubborn footholds, supported by conceptually precarious theses.

As endorsed in the Resolution on economic issues, the Congress ratified that “we are in the historical period of the construction of socialism.” This statement, although it may seem trivial to many, constitutes the conceptual support to undertake the reform; because it means, when compared to the model of statist socialism that we inherited, which recognizes socioeconomic heterogeneity, the need for the coexistence of different forms of ownership, the impossibility of doing without the market as the basic mechanism of coordination between economic actors, and the unfeasibility of governing the economy by decrees, among other aspects. The fundamental mission of this period, well understood by the Chinese and Vietnamese, is to develop productive forces.

Now then, in this economy, about which we already agree on its heterogeneous nature, and which is also extremely open—given the composition and quantity of its funding—, supposing that any foreign trade operation is carried out through state-owned enterprises constitutes a colossal attack on the development of the productive forces. Meanwhile, it does not guarantee any main function for the socialist ideal that governs the project. It only constitutes a perverse burden from the inherited model.

Although the depth of the current supply crisis requires quick and daring solutions, and there are proposals in this regard worthy of consideration, I agree not to promote private import channels destined for the retail trade. However, the urgent need to generate new domestic goods, to which the private and cooperative sector is being summoned, will not be able to be solved while their demands for importing fixed assets and inputs continue to be subject to the aberrational dynamics of state-owned enterprises that currently control that activity.

However, the greatest sin does not lie in the state condition of the enterprises in charge of providing foreign trade services, but in the prevailing oligopolistic distribution. This is the main source of the inefficiency and rentism that prevail in Cuba today. In this area, as in others, the operating enterprises must be competitive and this will not be fulfilled as long as they enjoy artificially secured market shares. The Central Report itself states that “the state business system is facing the challenge of demonstrating in practice and consolidating its position as the dominant form of management in the economy. This is not something achieved by decree…. Old bad habits have to be changed and entrepreneurial and proactive traits developed in the management teams of our enterprises and establishments, which every day will function with greater autonomy, pursuing higher productions with more efficiency.”

To counteract this deformation of the operating model, the authorities could mobilize a couple of options, viable in the short term:

Absolute state control over foreign trade is far from constituting a principle of socialism, much less if it works through a monopoly structure. The only thing it efficiently produces is obstacles to the development of productive forces, as well as a formidable instrument of control and non-tax collection. Promoting private commercial imports would have more costs than benefits if it is suggested only “to establish a non-state system of domestic trade.” But, at the same time, it is essential for the accelerated development of domestic productions that must be undertaken by the private and cooperative sectors.

Another controversial issue addressed by the Central Report refers to the old and legitimate claim that the practice of professional activities be recognized in the private sector. A policy announced more than three months ago by the Council of Ministers—which is waiting patiently for the legal norm to implement it—will significantly expand the number of activities that can be carried out privately, including many by professionals.

There is no reason to associate the fair demand of some sectors—such as architects, lawyers, accountants, and tourist guides—that were excluded in a first version, with aspirations of privatization. The private exercise of a profession does not imply the privatization of the means of production where this professional works, and much less for the abovementioned professions. These types of connections that are argued from the extreme accuse a simplification similar to those that still identify the Biden administration as a socialist threat to the United States.

However, I agree with the concern that there are actors—especially those closest to that possibility—yearning for a privatization process that allows them to be awarded the assets that they currently manage. Here is a critically important threat that has not been sufficiently addressed in the Reports.

On the other hand, the isolated mention of tourism and the confidence in its future possibilities is a way of protecting the investments in the expansion of capacities that continue to take place in this sector. The persistence of these works has been highly questioned given the uncertainty associated with future scenarios and given the irrecoverable opportunity costs involved in not relocating these resources today to other survival priorities, including food production. Therefore, it should not be considered a settled issue.

When referring to the dollarization process that has been growing in the economy, the Report predicts an indefinite durability. Although it is a complex issue, perhaps economically unavoidable, the truth is that these sales do increase real inequality gaps that do not emanate from interpretation problems or communication deficiencies. As long as the State does not intervene in the exchange market to offer some legal means of access to freely convertible currency in exchange for Cuban pesos, the state policy will be excluding large masses of people from the consumption of the stores that sell in hard currency. The worst thing is that this exclusion is determined, not by low-income levels, but by its disconnection with external remittance sources. It is a true privilege that, as a concept, is closer to contradicting a socialist principle than the issues mentioned above. It cannot be sustained.

In the midst of the most unfavorable economic crisis in the last 25 years, pressured by the most complex health situation since the pandemic began, without the economic siege having changed one iota with the new U.S. administration, and now under internal fire by actors seeking to challenge the political system, Cuban authorities are facing a colossal challenge. The unity of objectives that is achieved within the government, the transparency with which it projects its objectives and actions, the way in which it is increasingly built on participatory designs, the humility to correct errors and the irrefutable adherence to the socialist rule of law endorsed in the Constitution, are some of the essential starting conditions.