Occurring on Saturday afternoon in the town of Aguada de Pasajeros, the effects left by the meteorological phenomenon include damage to roofs of homes and vehicles. 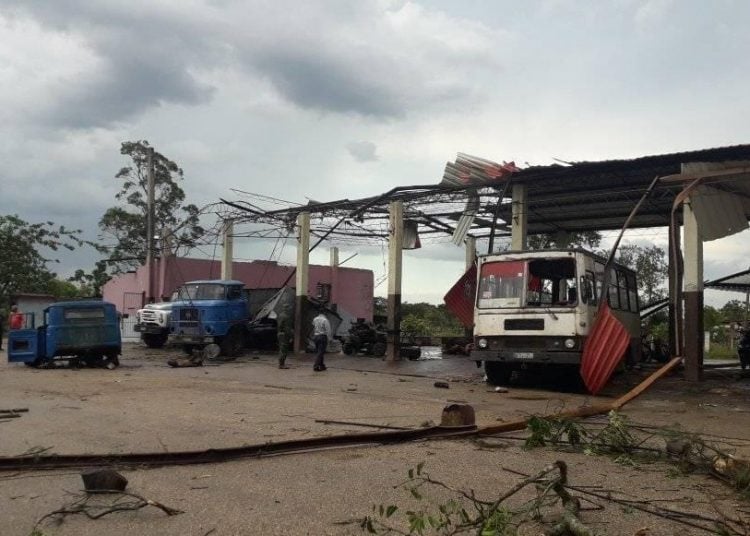 A tornado that occurred in Aguada de Pasajeros, in the south-central province of Cienfuegos, left material damage, according to this Sunday’s reports by state media.

The meteorological phenomenon was registered on Saturday afternoon and among the effects after its passage there was damage to the roofs of homes and vehicles, which can be seen in several images collected on Facebook social network and published on the Cubadebate portal.

Specialists from the Meteorological Center are compiling data and information about the tornado, which did not cause casualties.

In Cuba these twisters occur frequently in the western and central territory, although they are recorded in almost the entire country.

In recent years, the worst meteorological event of its kind was registered on January 27, 2019 in Havana, where in just 16 minutes a powerful and devastating tornado traveled 11.5 kilometers of five of its municipalities, with a balance of seven deaths, more than 200 injured and almost 8,000 houses totally or partially destroyed.