The local press refers to alleged sonic attacks in Miami, but without providing sources, precise data or concrete accusations. 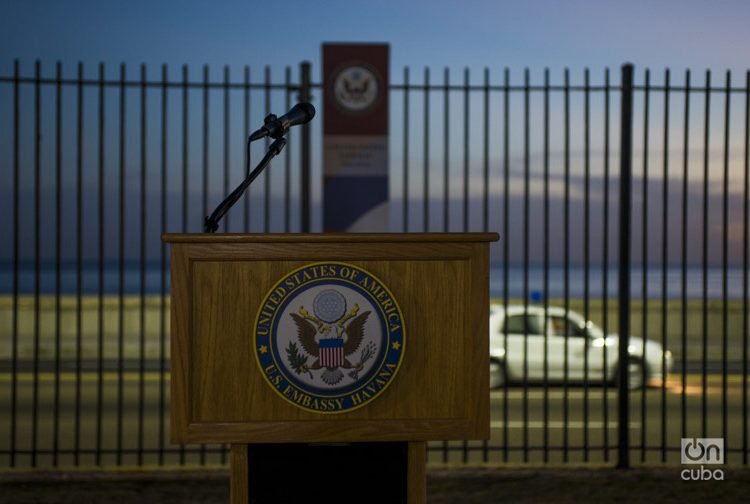 The mysterious sonic attacks that were supposedly felt, first in Cuba, in 2016, in the diplomatic missions of the United States and Canada, then in China, and later, in 2019, in Washington D.C., now reached Miami. At least that’s what’s said.

The mystery is that, despite the news regarding this, no one takes responsibility for it. Cited is the Federal Government, which is apparently investigating the matter, and Cuba is accused of promoting the aforementioned attack, but no concrete evidence is provided. It all comes down to “they say,” “they are investigating,” but they don’t identify the culprit. No U.S. government official has come forward. Usually, when the Federal Government investigates a problem and does not want to talk about it, they resolve it with a “no comments,” but at least it’s known that “there’s something.” This is an old tactic frequently used in these circumstances.

The alleged attacks that occurred in Havana against U.S. diplomats were assumed by the then Secretary of State of the Trump administration, Mike Pompeo, in a congressional hearing, in which the formation of a special group to investigate the aforementioned incident, about which nothing has been heard since then, was announced.

A week ago, a White House spokesperson confirmed to CNN and The Hill that in 2019 there were other similar alleged attacks in Washington. Then, a congressional panel addressed the issue without evidence of a public investigation.

There was a very short stretch from that to the appearance of a version suggesting that the same thing would have happened in Miami. In a matter of days, South Florida was entitled to its own attack. The person in charge would be—where else?—in Havana. The Telemundo network has been the only one that, so far, has addressed the matter; but with kid gloves. The details are few, very light: everything is left—almost—in limbo. Only one leader of the “hard exile” has reiterated in his appearance on TV that there were attacks and that they originated in Cuba. Nothing more. Possible targets or victims are not mentioned. The public is left without knowing anything.

“The only thing I can tell you is that in my office we don’t know anything,” an official from the Federal Bureau of Investigation (FBI) in Miami told OnCuba, who often speaks with members of the press.

However, these versions emerge at a time when there is much speculation about another “thaw” in relations between Cuba and the United States. The White House has repeatedly said that Cuba is not a priority on its agenda and that the policy on the island is being “reviewed.”

There is, however, another curious aspect around this issue. The activists who usually take up the defense of Havana and advocate for the thaw, this time have not said much.

The leader of the Alianza Martiana group, Max Lesnik, referred to a brief comment, which does not contribute much either, but is aligned with what has happened in similar situations. “This may be another invention. People interested in fabricating situations so as not to resolve this abnormality between the two countries. It is unthinkable that the Cuban government will do something at this time with the amount of problems it has, the truth is that I do not see it,” Lesnik said in statements to OnCuba.

In any case, the story has not gone any further. The way it has been framed is consistent with similar situations that have taken place in more than fifty years, but what is also striking is that the Federal Government has not wanted to become publicly involved in the matter. From Wednesday through Friday, calls made to the White House, the State Department and the national FBI went unanswered.

The mystery continues. A real soap opera, one of those that Cubans like so much.