Of the 1,116 infections of the day, 1,050 owe the disease to autochthonous transmission, 1,016 were contacts of confirmed cases and in 66 the infection was acquired abroad. There were also nine deaths. 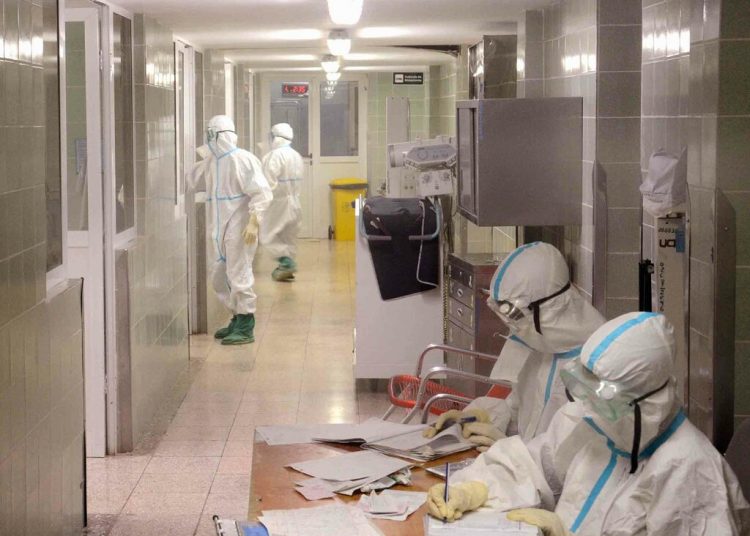 The virus SARS-CoV-2 virus produced 1,116 infections in Cuba this Sunday, a day in which the Ministry of Public Health (MINSAP) also reported nine deaths and 130 patients in intensive care, a record that “reflects the severity of the clinical manifestation,” as Dr. Francisco Durán has underlined.

Of the 130 patients, 49 were in critical condition and 81 were in serious condition. On Saturday, the ICUs reported 127 admissions. The situation in these units has worsened since last May 1, the day on which more than 100 people were in a delicate situation due to COVID-19.

Meanwhile, of the 1,116 infections, 1,050 owe the disease to autochthonous transmission, 1,016 were contacts of confirmed cases and in 66 the infection was acquired abroad.

Most of the “imported” cases are Cuban travelers from Russia, although there were also positive cases arriving from Spain, the United States, Jamaica, Mexico and Panama.

The MINSAP also reported that seven foreigners tested positive for the virus: four Congolese and one Angolan infected by autochthonous transmission, as well as an Italian and a Russian, who acquired the disease abroad.

With the nine deaths, the death toll from this disease stands at 741 deaths on the island, where mortality rate is now 0.63%.

Havana (581 cases, 8 imported) and Holguín (92, 23 imported) registered the highest number of infections, although territories such as Matanzas (61, two imported), Santiago de Cuba (58, one imported) and Camagüey (59, 17 imported) reported more than 50.

On the contrary, Guantánamo, with nine cases, and Ciego de Ávila, with seven, were the provinces with the lowest figures on this day in which, for 20 consecutive days, the Isla de la Juventud special municipality did not report cases of coronavirus.

The capital and Matanzas have the highest incidence rates in the last 15 days. Of the capital’s municipalities, 12 represent 53.6% of the transmission in that period.

Until midnight, there were 23,864 hospitalized people and the number of confirmed active cases reached the “unfortunate figure” of 5,988, because, according to the national director of Epidemiology of the MINSAP, “we are approaching 6,000” active cases, which would be another of the pandemic’s records 14 months after its confrontation on the island.

The MINSAP reported 949 discharges after the molecular biology laboratories processed 24,111 samples; 63.9% of those diagnosed were asymptomatic.