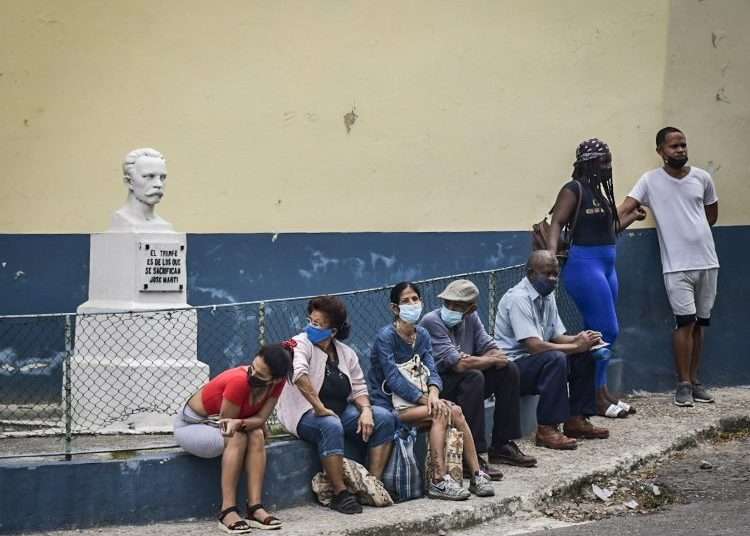 Last Wednesday, the details of the implementation of a foreign exchange market system in Cuba were announced in the space of the Round Table. The declared objective of the measure is monetary stabilization, as this formal exchange market will function as a regulatory counterweight to the movement of its informal counterpart, which operates in the country permanently, given the inefficiency of the formal exchange rate, namely: 24 CUP for 1 USD.

The decision taken effectively recognizes a devaluation of the Cuban peso, by placing the exchange rate at 120 CUP per USD, while regressing the domestic economy once again to a system of multiple exchange rates, similar to the previous state of affairs. to the Ordering Task.

The design presented has left doubts about its possibilities to constitute an element of containment to the constant devaluation of the Cuban peso in the informal exchange market, and by extension to inflation in the markets of goods and services.

The argumentation provided has left unanswered questions, which dialogue with core aspects of the proposed design and its foreseeable socioeconomic impacts. It is necessary to problematize aspects dealt with sideways or with insufficient scientific support, and also those quietly avoided in the presentation in question.

Below are some of the issues that still lack consistent arguments, compiled from the conversations that the announcement has generated with other colleagues from the union and Cubans in general.

First of all, they should explain what are the “signs of improvement” offered by the current Cuban economy, and above all, how these signs are reflected in the concrete material conditions of life, of which the chronic shortage of supply and the dizzying rise in prices are structural ingredients.

Accountability is needed regarding public commitments systematically not fulfilled, especially with regard to the erosion of protection mechanisms for state workers, retirees, pensioners and poor people, and people in disadvantaged situations in general.

Then, accounts should be rendered about the state of the dollars in cash that public information places, immobilized, in Cuban vaults due to the impossibility of using them outside the country’s borders due to the restrictions of the blockade.

The reasons that prevent these resources from being used within the framework of the new exchange market should be explained, contributing to improve the supply of foreign currency in the country, as has been proposed by other colleagues in the union.

In a related way, it is necessary to argue the possibility of reestablishing the receipt of dollars in cash in the foreign exchange market, when, at least publicly, the circumstances that caused its non-acceptance more than a year ago have not changed.

Ultimately, arguments must be offered as to why the implementation of monetary stabilization mechanisms has been delayed for more than a year, given the harmful and severe effects of this delay, exemplified fundamentally in the tightening of the markets in pesos and the inflation that dominates them, effects that impact unequally among the most disadvantaged social groups.

The proposed mechanism is incomplete, as for the moment it only includes the possibility of exchanging foreign currency for Cuban pesos, but not the opposite. The positive effects of this unfinished design are yet to be demonstrated. It must be explained, therefore, how the announced policy fully meets its objective of stabilizing the foreign exchange market given that its current operation allows, perhaps, a collection purpose.

It is noticeable that what has been presented reduces the supply of foreign currency circulating in the economy, while not meeting its demand, making it necessary to refute the hypothesis that the proposed implementation will fuel inflation and not the opposite.

In addition, and along the same lines, it should be clarified how, given the proposed exchange rate, the new exchange market will effectively be able to, firstly, control the devaluation of the exchange rate in the informal market and, ultimately, displace this last permanently of the Cuban economic reality.

Lastly, if it is recognized that the market for goods and services is a crucial element of monetary regulation, insofar as supply provision is a fundamental mechanism for inflation control, then the positive effects of maintaining a monopolistic structure should be demonstrated for the control of foreign trade, with the notable efficiency losses that this arrangement causes, which have an impact above all on the prices and quantities to which the final consumer has access.

The hypothesis that the opening of commercial importation to private and cooperative forms, as well as to foreign companies, would cause net benefits to the consumer, while allowing the Cuban government to free itself, at least partially, from a responsibility with which today, in a declared way, it cannot comply.

The answer to this and other questions cannot be limited to ideas in the environment that this is not “the right time” or to the inclusion of other necessary elements in a “second stage”, without a defined date or justification of the reason for its own existence.

Political communication must cross the threshold of extreme optimism and the non-clarification of core issues. The exercise of politics based on the metaphor of the blank check must give way to effective accountability practices, as the only viable formula to escape, once and for all, from the quagmire in which we find ourselves.