In a governmental meeting on the confrontation of the fire, it was explained that "it is normal" that smoke emanates from the affected area for several days and that from now on there is no possibility of the fire spreading, nor of new explosions occurring in the place. 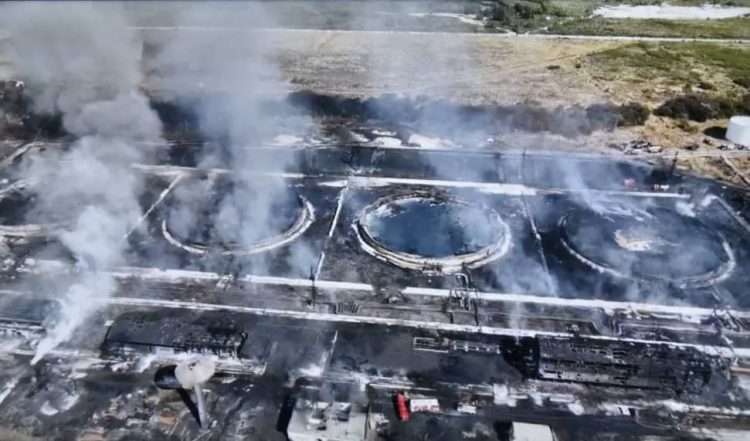 The Cuban Fire Brigade confirmed on Thursday that the fire at the Supertanker Base in Matanzas is already “controlled and in the process of liquidation”, and assured that in 48 hours the search for the bodies of the missing persons, whose official number is 14, should begin.

This was revealed at a governmental meeting on the confrontation of the fire, in the presence of the highest authorities of the Island and in which it was explained that “it is normal” that smoke emanates from the affected area for several days and that there are no possibilities of the fire spreading, nor of new explosions occurring in the place.

According to the specialists, “the flames in tank one were extinguished, in tank two the fire was put out in the morning and work is being carried out in the offensive actions in tank three,” according to a report by the Cuban News Agency (ACN).

At the meeting, Cuban President Miguel Díaz-Canel acknowledged the work carried out by firefighters, transport workers and other forces involved in fighting the fire, and called for “prioritizing the attention to the injured and the families of the missing”, according to the Cuban Presidency on its social networks.

Díaz-Canel also pointed out that environmental control studies should be maintained in the coming days, both in Matanzas and in other nearby territories where there have already been reports of contaminated rains.

In this regard, the Cuban Minister of Science, Technology and Environment, Elba Rosa Pérez, indicated that “in the radar images, the visibility of the smoke of the incident is decreasing” and that “the monitoring of the air confirms that the environmental contamination has diminished”.

She also stated that “there is no evidence of patients affected by the fire fumes”.

For his part, the head of Public Health, in addition to confirming the death of a second victim, a 24-year-old firefighter who was hospitalized, said that so far 130 people had been treated due to injuries from the fire, of whom 23 were still in hospital, four of them in critical condition, two in serious condition and 17 in moderate condition.