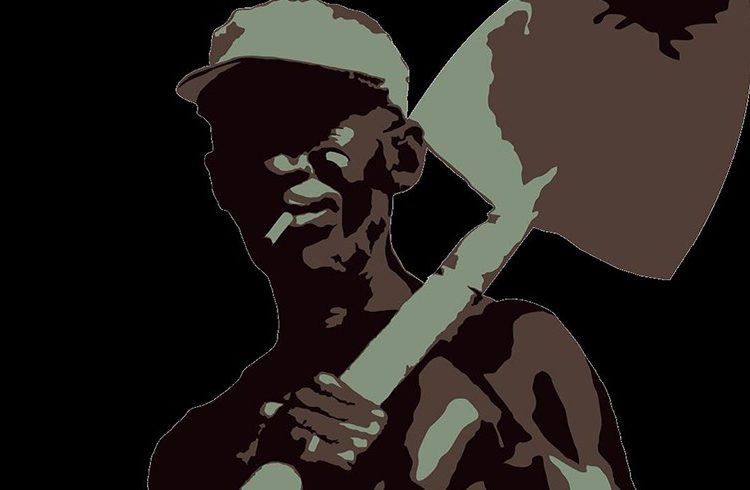 Right since December 17, 2014, the White House said that one of the principal objectives of its new Cuba policy would be promoting the expansion of the private sector on the island. For this it drew up a list of products and services that the Cuban private sector could export to the United States. In addition, the U.S. government has been studying the mechanisms to allow the sale of construction materials, medium goods and equipment for private workers and small farmers. It also announced that it would authorize projects for the development of microfinances in Cuba.

However, those decisions practically have had no effect. On the one hand, the U.S. government wants this aid to directly reach the private sector without benefiting the Cuban state apparatus. But this seems impossible given the Cuban economic structure, where the state-run enterprises retain the monopoly over domestic wholesale commerce, foreign trade and the banking system.

The Central Report of the 7th Congress of the Communist Party of Cuba directly referred to private enterprise: “Cooperatives, self-employment and private medium, small and micro enterprise are essentially not anti-socialist.” The Report also confirmed the will of freeing the State of a group of activities, and cited as examples the reforms in Vietnam and China.

The growth of the national private sector is indispensable for the success of the reform of the state-run enterprise. For the yearned-for increase of productivity and public wages it is necessary to continue reducing state employment. The only way for the Cuban government to achieve this, without the unemployment rate shooting up, is through the expansion of work in the private sector and in cooperatives.

The Cuban government shouldn’t just encourage the private sector because of economic efficiency, but rather it would seem strategic for the future balance and stability of the country to democratize property among a great deal of national families, cooperatives and private entrepreneurs, as an alternative and counterweight to the state bureaucracy and international capital.

The Cuban private sector responded favorably to the opening. Until 2012 it presented a rather robust growth, afterwards it slowed down. A part of the private businesses have been receiving since 2015 a new boost in terms of demand due to the spectacular increase in tourism.

However, the increased demand has not been sufficient to compensate for the accumulated burden of other obstacles that weigh down the sector: absence of a wholesale market, the high price for supplies, restrictions for imports, difficulties to gain access to financing, dual currency, a limited list of allowed activities, and little space for the participation of professionals and services with a greater added value. Today we are at a point in which the new businesses do not compensate for businesses that have closed down, that is, there is a negative net expansion rate.

Obstacles for businesses: some data

The graph shows the result of one of the questions asked in a survey carried out among 120 non-state businesses in 2015. The question asks about the obstacles for their growth. According to them, the main obstacle is the lack of supplies with a 74.8{bb302c39ef77509544c7d3ea992cb94710211e0fa5985a4a3940706d9b0380de}, which corroborates the importance of opening a sufficiently supplied wholesale market and eliminating the restrictions on imports. The other two obstacles that follow in importance, with more than 40{bb302c39ef77509544c7d3ea992cb94710211e0fa5985a4a3940706d9b0380de} each, are the high taxes and the excess of regulations, which points to the tax policy and the controls and senselessness of the existing regulatory framework. 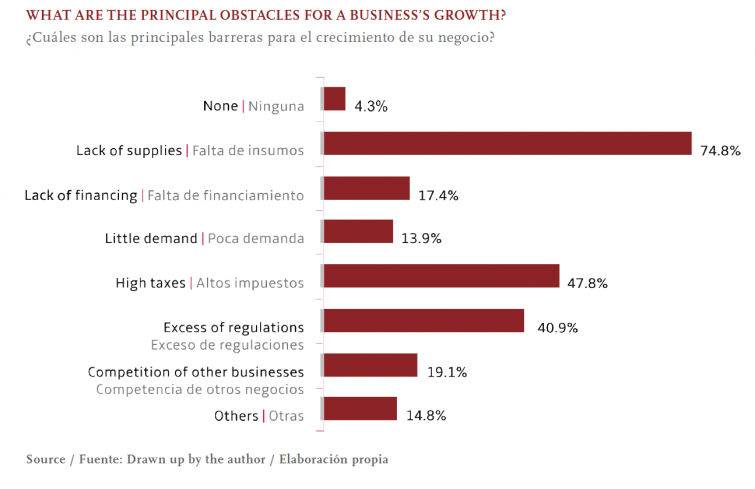 Other results of the survey revealed that the paladares and the barbershops and hairdressing salons are the type of businesses with the greatest possibilities of success, while the cafeterias and activities related to agriculture presented the most cases of failure.

It is very striking that agriculture is among the activities that accumulate the most failures. The designers of the reform have not been able to dismantle the structure of the inefficient and counterproductive system of “Acopio” (collection of agricultural products). The experiment in the provinces of Havana, Artemisa and Mayabeque was very soon reverted. The intermediaries paid the consequences for a market with restrictions to increase production that, as is natural, produced inflation in the face of an increase in demand (the growth in tourism, more paladares and increase of the average nominal wage). No other option seems to exist for agriculture than to insist on the market reforms, at the same time as the structural factors that restrict the potential of supply are seen to, among them the technological backwardness, access to capital and supplies but, above all, the lack of definitions of property rights and the insecurity of the contracts for the Basic Units of Cooperative Production (UBPC), the current agriculture and livestock cooperatives and the usufructuaries.

The survey brought to light the importance of microfinances. The data showed that the most successful businesses have been more linked to banks and have had a greater amount of capital to start the enterprise.

Certainly there are multiple reasons and obstacles for the Cuban private sector to have lost dynamism. The Cuban government has more than enough reasons to want to continue promoting small and medium enterprises on the island. The support that can come from the new U.S. policy should be facilitated, and both sides should adapt the necessary mechanisms to put them into practice, even when each government has different reasons and interests in pursuing the same objective.