aliet
in Entrepreneurship in Cuba
0 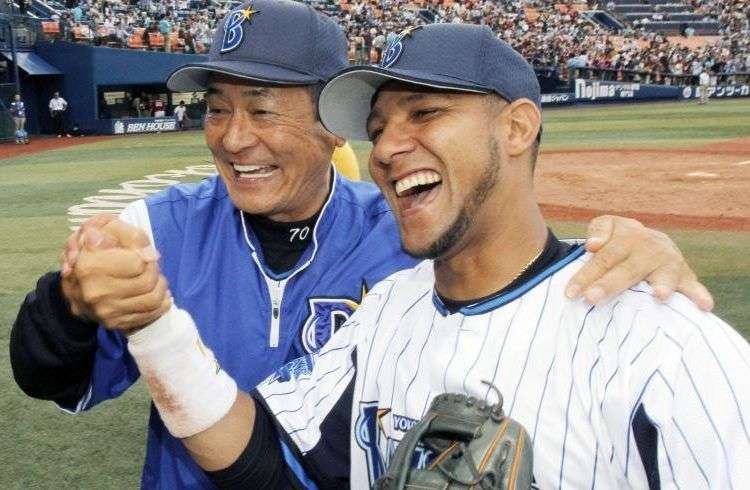 The Cuban National Institute of Sports, Physical Education and Recreation (INDER by its Spanish acronym) opened its doors to the press of the nation in order to present its new faces, with Dr. Antonio Becali as its head, and also to announce the recruitment of six local athletes in foreign leagues.

There were feints and intentions of establishing a dialogue about the national sport, the prospects for the Pan American Games in Toronto next July, but when just talk ing about the issue of recruitments the attention shifted completely and for nearly two hours the exchange was intense, valid to clear many doubts.

To begin, Arnaldo Batista, INDER financial vice-president, who is also in charge of everything related to contracts, revealed that Frederich Cepeda, Yulieski Gurriel, Alfredo Despaigne and Hector Mendoza will have a second season of adventure in the Japanese professional baseball, presumably with the same clubs that requested their services last year.

To them we must add Lourdes Yunielkis Gurriel, who is expected to play with the Yokohama DeNA Baystars, the same club that hired his brother Yulieski the previous year, although it is speculated the latter could move to a stronger franchise given his prior performance.

“They all are enrolled in the Japanese Professional League, a step that will allow their participation in the upcoming season, but we still can not say the team with which they will play, nor the amount of transactions, all these details are in the process of negotiation,” Batista said.

Is this news a bomb ? Nothing at all, this is just a secret made official by the directors of sport in the country, claiming to be involved in a plan focused on improving at all costs their communication strategies, something the press sector would acknowledge a lot, often forced to decipher riddles and know everything by rumors of others.

On the subject of contracts in baseball, Batista stated that several Asian teams have expressed interest in examining the Cubans, so it is expected to increase in the future the number of Cuban players on Japan or South Korea, another nation with the intention of sign our players.

Meanwhile, he clarified that Alfredo Despaigne´s contract is for two seasons, although the club has the power to rescind it in case of not being satisfied with the performance of the Granma slugger, something that already happened, for example, to Yordanis Samon the previous year with the Campeche Pirates of the Mexican summer league.

“These clauses are added to the contracts, as the maxim that players must be released by the clubs to defend their national teams in foreign events,” Batista noted.

In this regard, Jorge Polo, VP of Sports Activities, said “we will do our best to adapt, gradually, the system of national competitions to contracts, so the local events and international commitments not to coincide with their performance in various leagues.”

Similarly, he added that these signings will positively influence on the development and improvement of our athletes, and will also be an award for their career.

He also clarified that there has not been any rapprochement between MLB and the Cuban Baseball Federation, steps that can be taken in the future in line with the time of incipient revival the relations between the two countries are experiencing.

On the possibility that Cuban players playing in MLB or other professional competitions could represent Cuba in the 2017 World Baseball Classic, Polo said that those considered “traitors” will not have the chance to wear the jersey of the Cuban national team. 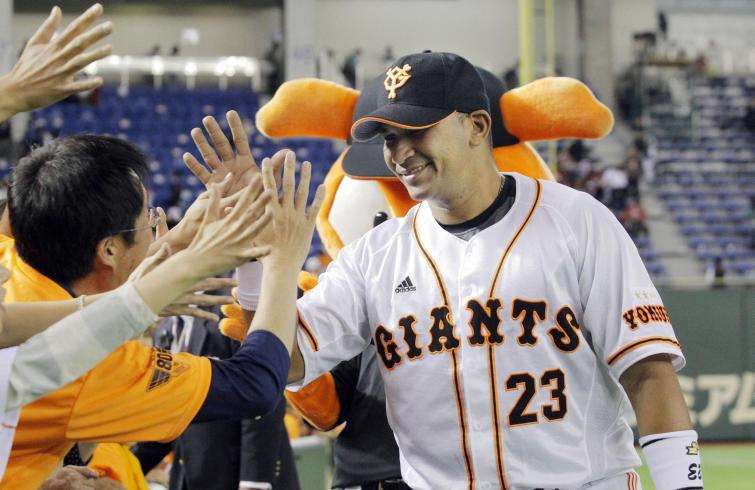 Beyond baseball, what it did caught my attention was the signing of the volleyball player Javier Jiménez with PAOK Thessaloniki, Greek sports club, which volleyball squad plays in the elite league of the Hellenic country, and in which Cubans Freddy Brooks and Yasser Romero already played.

Jimenez, 25 and 1.98 meters tall, already debuted scoring seven points despite com ing from the bench against the modest squad G. S. Lamia, last in the standings of that contest, where PAOK appears second with 12 wins and a loss, only surpassed by the undefeated Olympiacos (13-0).

“We had no doubt about how facing the game. The score does not show the real difference, but it was a game where we did some experiments to give playing time to Jimenez, who was debuting. We positive evaluated him, but certainly he was not ready yet. He has much to offer in the future, “John Kalmazidis, PAOK coach said after the match.

About volleyball in general, the financial vice-president of INDER, Arnaldo Batista said the amount of signings will grow as long as there were clubs expressing interest in our players, mostly young people without much international experience, main handicap for the number of contracts not to be higher.

In addition, Batista explained that all franchises with Cuban athletes should bear the costs of health and other living conditions as well as the treatment of any injury, according to the terms of the signed clauses, preventive measure to avoid repeating history of the 1990s, when several stars were forced to play with various injuries, fact that later negatively influenced on their careers.

Similarly, he assured that before leaving to meet their contracts, the Cuban athletes will undergo drug tests and medical examinations to certify their fitness.

This is just the startup 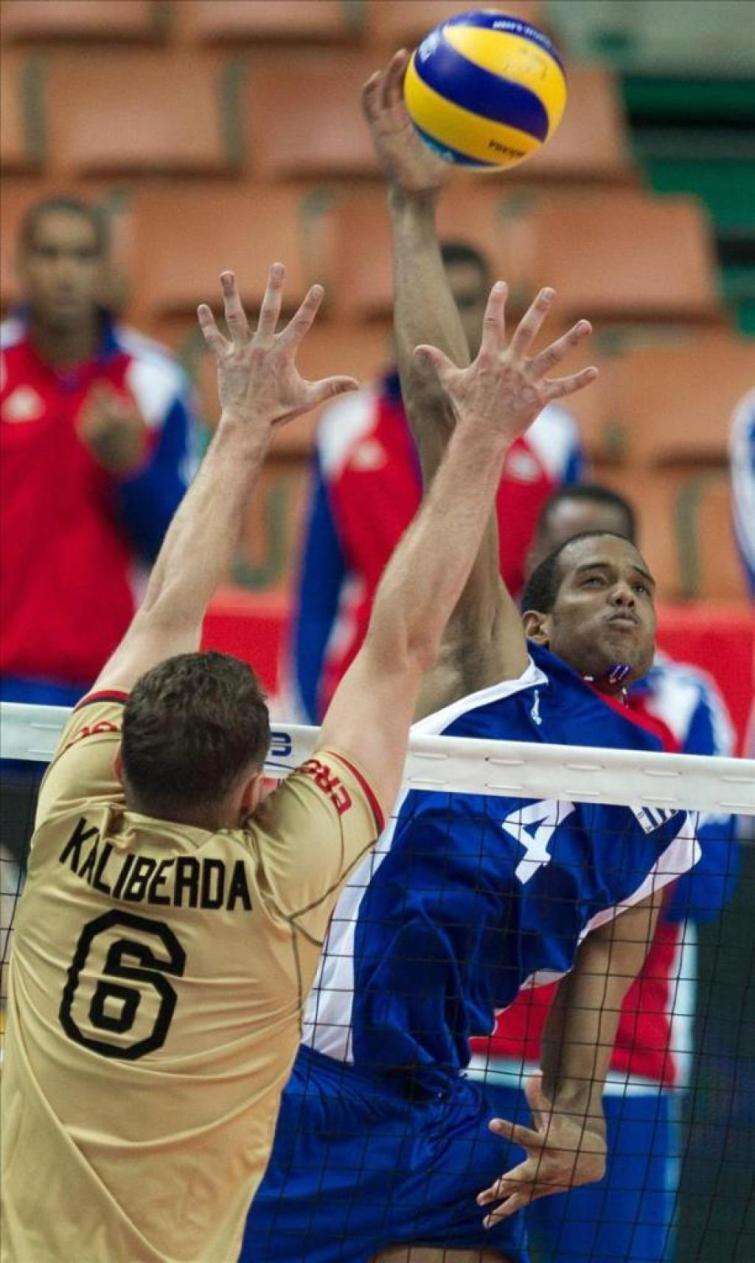 Despite what has transcended, there are still very few Cubans hired in various professional leagues or top class competitions, in which we aim to have the largest number of athletes to also raise the status of our athletic movement, extremely depressed in this century.

Since the implementation of the policy of recruitment in 2013, only the baseball players have achieved some stability, which has not resulted, however, in a considerable amount of players linked to professional franchises in Asia, our main market.

The rest of sports remain pending, with the exception of Jiménez in volleyball, although INDER leaders said that all disciplines with contract offerings can negotiate, through their associations, agreements with foreign clubs.

“Individual sports such as athletics, judo, swimming and others also have options, but this is a complex process from which we hope to take results over the long term. We are just not closing the doors to them, all have a chance of being hired and we are open to any possibility, “Jorge Polo stated.

Now, this should be trumpeted from the rooftops , I think, but even so the visit of agents or scouts is not guaranteed, largely because many of our athletes have little involvement in the international arena and are virtually unknown to the specialists who might be interested in.

Such are the cases of handball, hockey, water polo and soccer, the latter sport with some hope after participating in the Under-20 World Cup in Turkey and the relevant performance in the 2014 Central American Games in Veracruz.

By the way, it was informed at the meeting that an unknown international agent must come to our country in the first two months of the year with an eye on two players who were not made known, presumably rising stars of soccer such as Yordan Santacruz, Maikel Reyes, Luis Daniel Sáez or Arichel Hernandez.

But these are just speculations, as the supposed interest of Brazilian basketball clubs in Clenia Noblet, Yamara Amargo, Javier Justiz and Jasiel Rivero, who thus get closer to Oyanysis Gelis, already playing for Maranhao, club of the Brazilian league, after leaving the country legally and without knowledge of Cuban sports authorities .

This is the scenario, and novelties are expected in the near future, both in new recruitments in the most unlikely sports, and sneaking departures of athletes who seek better luck away from our borders but with very few options to later defend the country in which they were born and formed.

Laronte: “My career in recent years has not been a mystery”