Laronte: “My career in recent years has not been a mystery” 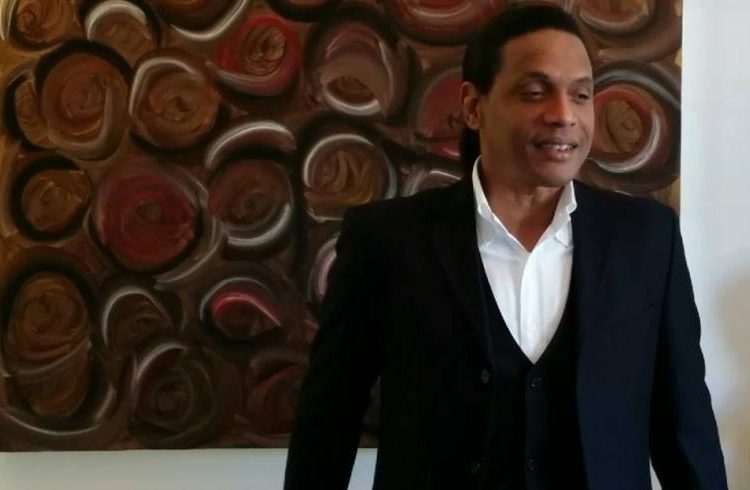 Presented as part of the 19th edition of the Mariana de Gonitch National Singing Competition, Laronte almost went unnoticed for a group of colleagues. The singer and dancer led a movement of pop exponents in the 1990s and his track Un misterio topped quite a few lists of radio hits.

With the same smile and without time to leave mark on him, the artist takes by these days a brief stay in Havana, motivated by the contest sponsored by the Mariana de Gonitch Singing Academy, directed by Maestro Hugo Oslé.

Laronte told OnCuba that his return to the island is “quite normal, and a very natural thing. I started very young and when you start at that age, you always have much more time because you’re just beginning. Then you get complicated, because the contracts are longer, and that is what has prevented me from coming to Cuba “.

And where have you been during this time?

It is been almost 10 years I did not come. I live in Italy and from there I move to other parts of the world. I had to meet very strict contracts that limit me in many things. It is really more difficult for us, the Cuban artists, to return to come back in time.

Do you mean that it is also difficult to resume the career that you had left here?

The difficulty is that our media, for all the problems we know, do not spread the work of Cuban and international artists outside Cuba. The news gets old and there is no possibility of extending that fresh contact with what you do. It is also more difficult by the allowances and audio rights, and for thousand things which are already out of our hands.

Why don’t you put us abreast of what you have done in this decade?

The work is for over 10 years. I’ve spent the last 15 years devoted to musical theater. I am founder of the Musical Theatre in Italy and I was working long on Broadway and with Luciano Pavarotti, who unfortunately passed away, and that system of music hall changed in the European nation, not because of the death of the great tenor, but by issues such as economic crisis that has come to art. I have also made films, but here in Cuba I am not known as an actor or as a painter.

It’s interesting that facet you mention in the music hall, can you tell us how do you get there?

It was a risk I wanted to take, because I think that for the singer and dancer, like me, making a music hall is great because you sing and dance, but you leave out your personality. It is a beautiful experience. I made Tommy and I was the first actor to play the role Tina Turner played in the work, for which permits were requested to Broadway. I did it for four years while I worked with Pavarotti for five.

Was cinema a risky move?

I made the film Chiaroscuro in 2006. Its title comes from the racial problems existing in contemporary Italy. The protagonists were the first black Miss Italy, Denny Mendez, and me. The film, directed by Fersan, was made for television. I would like it to be displayed here, but for reasons of rights, the Cuban television would have to intervene. So I’ll make all the arrangements for the film to be screened here , because it also has to go through a translation process, etc.

Is the plastic art a novelty in your life?

I always had my concerns, but I did not devoted time to it. Because when you’re younger you just want to be dancing. As I got older and serious, one day I took the brush and said, “Let’s see what happens.”

What issues motivate your drawing?

I am an abstract painter. I paint for me, as everything I do. I never do anything for people to like it by force. I am happy if later this art gets to others.

Have you exhibited your paintings?

Not yet. Now my new web site shows a section with my paintings. Some stuff has been already posted online, but not the official collection.

Do you feel nostalgia by that period of the 1990s in which Laronte was popular in Cuba, with the hit Un misterio and all that music you did here?

Not nostalgia but memories. From my perspective, the artist does not evolve if living from nostalgia, so this can be very dangerous. I am happy by being remembered and by you to continue enjoying all that music. It’s the only way Cubans have to remind me because they have not seen my other facets in art.

” Removing nostalgia has helped me to keep going and I’m presenting my new track Don´t fly which I hope you can like it, because I can not stay in the past. It’s a slower song that is different from the one I released two years ago, titled Let me know you, much more moved, with my pop style and Latin sound base “.

And do you have specific plans to reconquer the Cuban public?

I do not have a specific strategy. I came for a short time. I start now working on my new album that will roughly have 16 songs and where I want everything to be mine: arrangements, lyrics, music… I ‘m focusing a lot on this new album. I do want to devote that project to the Cubans, because more than nostalgia and commitment, the artist always has to thank the place where his art was born and mine sprouted here.

So, should we have a great concert of Laronte in Cuba?

That’s what I want.