alain-gutierrez
in Tourism in Cuba
0 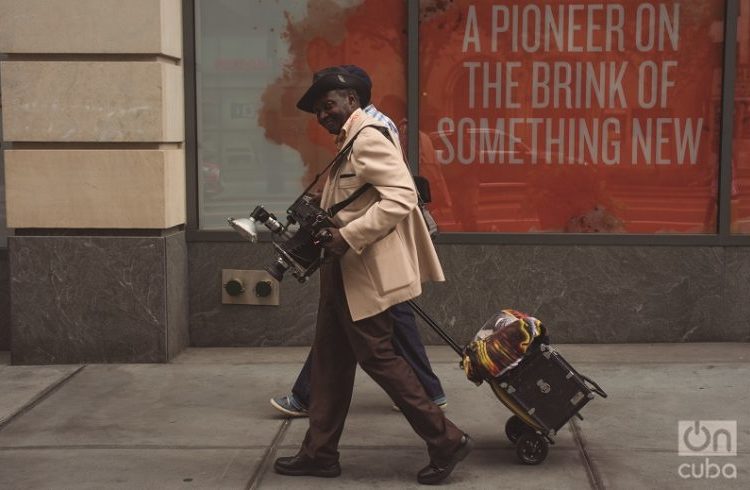 In the summer of 2016, after 16 years, I returned to the United States. This time I was able to travel through seven states, take many pictures and understand a bit more the U.S. culture. I decided that the best thing to show my friends and followers on the social networks would be a travel log with my photos and impressions during my trip.
In these pages I publish some of the photos I shared around those days and that emerged from my American adventure.

More than 100 ice cream flavors and combinations. That’s too much for a person like me. Options have been the main shocking experience for me on this trip. Coming from a country where to select is not a useful verb, trying to figure out what I really need or what is good or not messes up my head. That’s one of the market economy’s essential pillars that catch my eye everywhere.

Almost three weeks ago, when I came to Washington, these were the first two homeless people I saw. They’re still hanging around in the same place, Constitution Avenue, for weeks. I didn’t ask them why they lead that life but the fact is they’ve settled just in front of the Federal Trade Commission as an ironic reminder of how low we can fall in life.

I’m living an interesting moment in the USA. Two presidential candidates: “the bad and the worst,” that’s what people tell me around here. Meanwhile, in my experience as a visitor, some people are experiencing a kind of political awakening through Bernie Sanders’ proposal. The revolution is such that young people are the protagonists. All this is new to me but at the same time it is enriching and reinforcing my political position. In some way we’re living a new revolution in Cuba too. I hope for good.

These two guys were vaping on Michigan Avenue and I looked at them twice. The image of these two was very attractive for me. I couldn’t avoid aiming my camera. Just a few words and they accepted being photographed. Some blocks ahead two big black guys with amazing motorcycles pose for me too. The people from the “Windy city” are friendly. “It’s the Midwest,” said my friend. I like this city! Shikaakwa, “stinky onion” in the Native American Miami-Illinois language, doesn’t stink, it’s spectacular.

Ironically, one of my last New York photos should be one of the first ones. I’m not a pioneer but I was on the brink of a new experience in an urban jungle. This man with his old camera usually sits outside B&H, one of the biggest photography stores of the world. His presence there is a big contrast between the new times and the beginning of photography.

For me food is always an adventure and I’m living a nice one here. The United States is a nation of immigrants so food is an international experience. All the time I was here I had tried Indian, Irish, Thai, Chinese, Vietnamese, Mexican, homemade and the classic American pizza and hot dog. The pizza above is a traditional Chicago pizza, deep dish pizza, thick and crusty, yummy. Chicago’s people are proud of their food. The first advice before coming here is about its food. “One of the best in the country.” True, I could live it in first person. Another curious fact is that here they consider it almost an offense to add ketchup to the hot dogs they eat with relish.

Humid and hot. That was the first impact I got from this city. In my opinion the city moves in slow motion, a big difference from the north, but music is everywhere. From the Second Line Bands, the jazz groups, single musicians or improvised artists, it’s impossible to get away from music here. In any corner you can find somebody singing, dancing or performing, most of them incredibly good. New Orleans belonged to the Spanish Crown a long time ago and still keeps the spirit and architecture of Spain and France, so it is becoming my boot camp before reaching Miami and later Cuba. It’s the last piece of authentic American culture before my reencounter with the Cuban one. 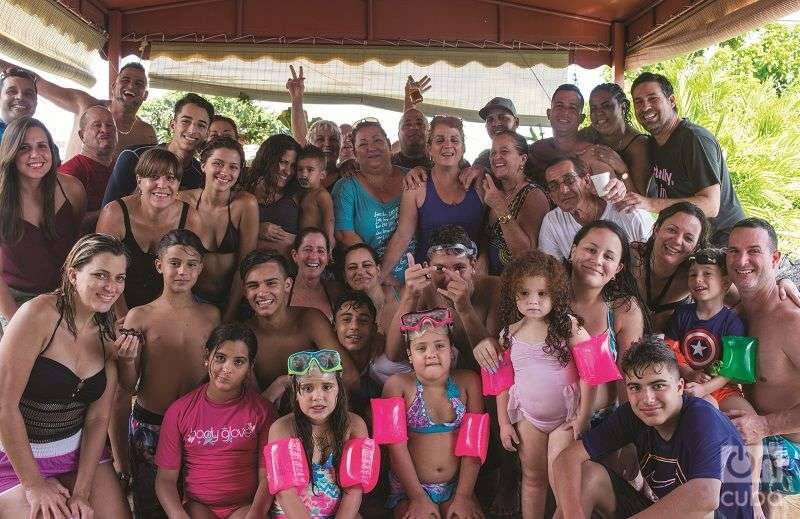 My American journey has come to an end. I’m coming back to Cuba. After all this incredible experience my last travel log post is not really mine. My 14 year-old cousin presents me with an extraordinary gift that sums up my feelings and touches me deeply. My last post in the USA is what she posts in her Instagram account about our family meeting. The last time he saw me I was about 4 years old. I don’t know much about him, except that family is very close to him. Yesterday I saw him after what I believe have been 10 years, and it feels like I’ve known him a lifetime. He has such a calming voice and kind heart that really attracts people. And yesterday he brought a group of family members, who hadn’t talked to each other for years, together as a family and that really touched me. I never really think about these things, but little gestures like these are just so nice to have around. And honestly I had the best time seeing my family together. Imma miss you primo! Hope you can come back soon!”