alzugaray
in Politics in Cuba
0 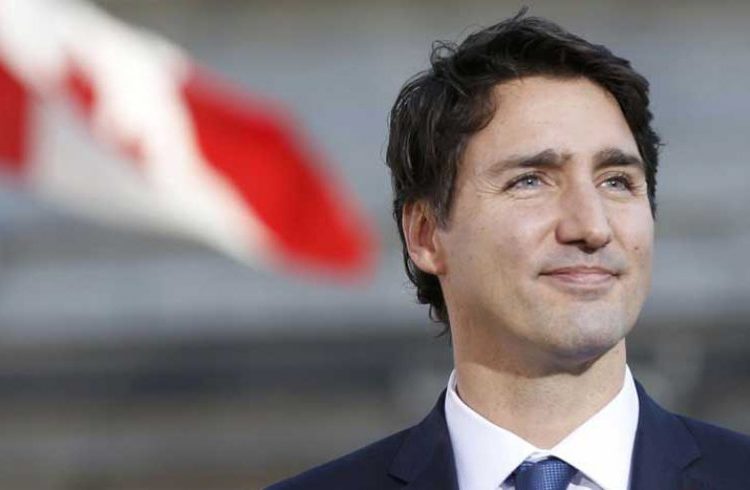 The office of Canadian Prime Minister Justin Trudeau announced last Tuesday that the young head of government will visit Cuba and Argentina November 14-18, before attending the Asia Pacific Economic Cooperation Leaders Summit in Lima, Peru, from the 19th to the 20th. This is the second time that a Canadian prime minister surnamed Trudeau visits our country. In fact, the principal media of Cuba’s northernmost neighbor have underlined the news making reference to the trip by his father, Pierre Elliot Trudeau, in January 1976.

In a context in which Cuba is facing the uncertainty of what President-elect Donald Trump could do with respect to the normalization of relations with the United States – whose vicinity we share -, Justin Trudeau’s arrival highlights that, despite Ottawa being one of Washington’s most important allies, its relations with Havana have been correct, civilized and even friendly, and they have a high degree of continuity.

When looking at the intensity and stability of Cuban-Canadian relations, there is no doubt about the independent position that Canada has generally had in the international sphere, demonstrated by several governments of different tendencies. Even under the Conservative Stephen Harper, who preceded Justin Trudeau, a cordial climate prevailed. Without detracting from the fact that under the Liberal governments – particularly those of Pierre Elliott Trudeau – relations have been very close. It can never be underlined sufficiently how much this giant of Canadian politics who governed between 1968-1979 and 1980-1984 contributed to the development of bilateral relations between Cuba and that country.

It is justifiable to recall that Pierre Elliott Trudeau ranked third among the Canadian prime ministers who governed the greatest amount of time. In his time he was one of the most experienced world statesmen and that is how he was recognized. He promoted economic policies with a social content, he repatriated the Canadian Constitution (which was a British parliament law) and promoted national equality between English and French speakers through laws that turned Canada into the bilingual country it is now. In foreign policy his positions in defense of Ottawa’s independence with respect to Washington were well-known, an example of this having maintained and favored relations with Cuba. Numerous world leaders attended his funeral on September 28, 2000. Then President Fidel Castro and former U.S. President James Carter were among them.

His son, Justin Trudeau, born in 1971, began his political career as a candidate elected by the Liberal Party of Canada in the Quebec district of Papineau in 2008, and was reelected in 2011 and in 2015. In 2013 he assumed the leadership of his political organization and took it to victory in the elections of a year ago. This triumph brought back the Liberals to power, with Mr. Trudeau at the head, after nine years of Conservative governments headed by Stephen Harper. He, in turn, had put an end to a 12-year Liberal dominion.

This neighbor enjoys economic and social, in addition to political, stability. This situation can be compared to the turbulences that persist in several developed capitalist countries. If this is so it is due to the fact that the Canadians have been able to maintain a great deal of the achievements in social justice, for which civil society as well as the Liberal Party headed by Justin Trudeau are responsible, despite the neoliberal tendency policies of the Harper government and its vicinity to the United States.

Even when Cuban-Canadian relations have not been exempt from certain irritating situations – as is logical to suppose in any international relation -, the leaderships and diplomacies of both have known how to use the means of negotiations to resolve them. It is even worthwhile to point out the role played by the Conservative government of Stephen Harper in facilitating a neutral and discreet ground for a great deal of the negotiations between the United States and Cuba that led to the December 17, 2014 agreements between Presidents Raúl Castro and Barack Obama. This Canadian role is undoubtedly due to the continuity of an Ottawa position with respect to the conflict. As an ally of the biggest power but at the same time a good neighbor of the small country, Canadian governments of different parties have always been willing to play a role of facilitator for better relations, even when this can affect its economic interests.

Beyond the political and diplomatic considerations, probably what’s most important in Cuban-Canadian relations lies in the economic field. It is well-known that tourism occupies a privileged position. Canada has remained the first origin of arriving visitors; last year 1,300,092 tourists from that country vacationed in Cuban centers. To have an idea of what this represents for one and the other side, it can be considered that that figure represents 51.5 percent of all foreign visitors to Cuba and 3.6 percent of the total Canadian population.

In terms of trade, Canada has also persistently remained one of Cuba best trade partners. At present it is only surpassed by Venezuela as a market for Cuban products, fundamentally nickel, while it is the fourth country from where the majority of products of all types are imported.

In terms of investments, the Canadian companies are pioneers and it is necessary to mention in first place Sherritt International, which has contributed decisively to expanding the nickel industry and participates in other spheres like oil. On the other hand, Canada’s economic cooperation programs in Cuba cover many fields: modernization of the public administration; support for local development in vulnerable regions of the eastern provinces; promotion of food security; and aid for the development of skills for workers in the nickel industry.

The academic, scientific, cultural and educational exchange has not been absent from these relations as confirmed by the network of Chairs on Canadian Studies in Cuban universities and the apprenticeships and post-graduate studies for Cubans in Canadian centers.

When visiting Cuba, as his father did 40 years ago, Justin Trudeau will reaffirm the Canadian will to continue developing those relations in an ideal way. Meanwhile, the Cuban government will show once again its willingness to collaborate with countries of different economic and political leanings that respect its sovereignty and want to work jointly.

Cuban society will surely give him the welcome he deserves, not just for the empathy that always existed for his family, but also because our northernmost neighbor also represents a model of a country that is making an effort to have prosperity, sustainability and equity, three objectives we share and which indicate that we will also be able to learn from its institutions and its development.