A team of Cubans proposes an initiative that escapes the regulations of the U.S. blockade against the island. 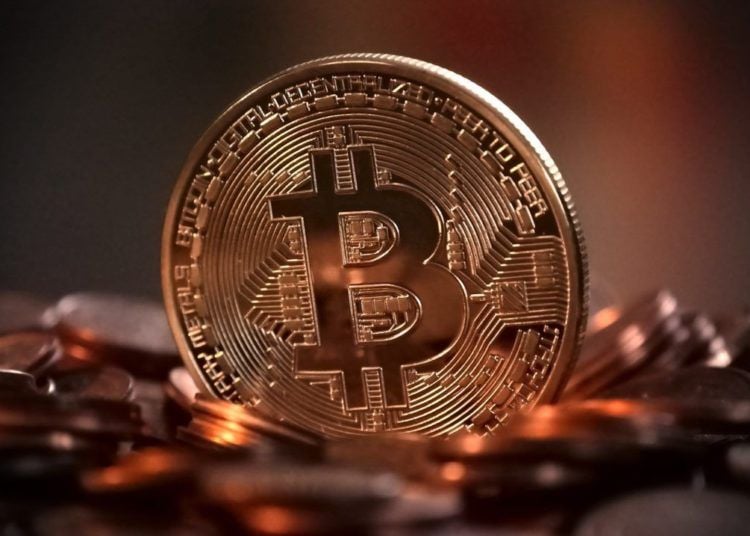 After the passage of the unusual tornado through Havana, diverse alternatives are arising for people who want to support the victims, be it the Cuban government or individuals. However, there are obstacles from abroad for those who want to donate money and for their material aid to arrive “directly”.

In recent days several GoFundMe or Facebook campaigns have been shut down for not complying with the OFAC regulations on the blockade, which is why donating money in dollars is an option that only the most fortunate have been able to achieve. How to get the money to Cuba and take it directly to the neediest is another of the complications that people who want to help from outside the island go through.

This is why Fusyona, the first Cuban initiative to exchange virtual currencies, decided to launch a campaign that makes it possible to collect aid without having any government as intermediary and going beyond any financial regulation that prevents the process of providing aid to Cuba from anywhere in the world.

In a world of digital currencies, relatively unknown among Cubans, the limits of the legality of its operation in Cuba are vague, so its creators remain anonymous, with the hope that in the near future they can regularize their transactions.

The question, now, is that the venture promises to serve as a bridge between those who want to help and the victims of the powerful tornado that destroyed part of Havana and affected hundreds of families. For that, says one of its creators through email, they will have “total transparency of the entire process, the purchase of products and the delivery of donations.”

How did the idea come about? To what specific needs do you respond?

The initiative of creating a donation campaign using Bitcoin was an idea of ​​the entire Fusyona working group. Some members of our team in Cuba live in the affected area (although fortunately they did not suffer damages), so we were aware of the damages and losses that occurred. The idea emerged as an alternative to monetary donations made abroad. In addition, many people had an interest in collaborating, but they did not know what to do; mainly those who are outside of Cuba and live far from areas where the donations are collected, such as those that have been organized in Mexico or Florida.

We have decided to symbolically name the campaign “#1BitcoinporCuba” to refer to the amount of money that we would ideally like to collect for the victims. In addition, we are committed to donating our profits during this period, and include them in donations.

If there are people interested in donating who have doubts about cryptocurrencies, they can write to us and we will guide them during the process. Thanks to the blockchain that allows us to show transparency in the process, donations can be seen through this page.

Do you consider this an alternative to the complicated way of making donations in dollars to Cuba, due to the embargo regulations?

Cuba is part of a financial exclusion like many other regions of the world. We have latent needs that are not covered, but which, moreover, will not be resolved in the short term. Our proposal allows us to solve serious problems related to these financial processes, using different alternatives to the methods officially established by governments (United States, Cuba or any other). In this case, our solution was to use cryptocurrencies.

It is important to highlight that Bitcoin is impossible to confiscate by governments, so nothing prevents cryptocurrencies from reaching Cuba. Also, unlike conventional payment methods, which usually require up to 10% tax per transaction, with Bitcoin only a tiny amount is paid. This allows the donated money to be used almost entirely.

Our initiative using cryptocurrencies to collect donations is also an example of how bitcoin and altcoin can be used for humanitarian and non-profit purposes.

How would it work exactly? How would bitcoins become material donations for people?

Our team enabled a public key of the Bitcoin Blockchain where donations will be received from anywhere in the world. Those interested should only have a “portfolio” with Bitcoins from where they must make the transfer. As Fusyona is an exchange, we have users who buy their respective amounts of Bitcoin every day and this will allow us to acquire the CUC we need to buy the basic-need products.

How do you plan to distribute those goods?

We are studying how to enter the affected area, as well as a survey of the most necessary things to buy; nevertheless, we get contradictory information on whether or not it is possible to directly donate in the place. We already talked with some representatives of the Church, in case it is not possible to enter the affected area, then donate through this institution.

We will publish on our website and social media information about the basic-need products we are going to buy with the donations collected. At the moment we have planned to buy toiletries (soap, toothpaste, toothbrushes, etc.), water, canned goods, crackers, powdered milk, among others. Authorization is required to make large purchases in the same store, so our team will make purchases in different places. If there are private workers who are interested in selling sealed products, they can contact us through our email.

We are also circulating on the social media the initiative of directly buying sealed products using Bitcoin. To all those who are interested in accepting cryptocurrencies as a method of payment, we encourage you to write to us through our email.

We will continue to wait for donations until Saturday morning, where the products will be purchased and members of our team will distribute them in the most affected areas, following the previously mentioned means. If there are groups of university students who are allowed to donate directly, we also ask them to contact us to help us with the distribution.

If after Saturday we continue receiving donations, then our team will make a second delivery.

Would this be a private initiative, linked to institutions, collective? Could we know a little more about its creators?

It is a private initiative that Fusyona has had. Our project is the first exchange of cryptocurrencies in Cuba, making the sale of Bitcoins available to Cubans.

What are the exact steps that people who wish to donate through this initiative should follow?

For those who live abroad, they can buy bitcoins in different exchanges such as Bittrex, CoinBase, Kraken, Poloniex, etc.

The purchase process is explained step by step in each of these exchanges. After purchased, those interested can transfer the amount of Bitcoins they want (corresponding to the amount of money they want to donate) to the public key:

If you have any questions, those interested can write to us through our email ([email protected]), on our Facebook page or leave comments directly on the site, where we are showing more detailed information about the campaign and we are establishing a comment panel so that users can leave their questions and suggestions.

Could you consider as a possibility delivering money to families instead of products?

We assessed this, but it is not common in humanitarian aid. People could use the money to buy cigars, alcohol or any other purpose that is not the most appropriate.

Are there regulations in Cuba that prohibit this type of transactions?

It is not legal or illegal.

If you continue to grow, how could you work in practice in Cuba? Is it feasible?

Yes, it is possible, through foreign companies that are already established in Cuba. We would like the government to analyze the sale of cryptocurrencies as one of the permitted activities in order to allow us to legalize and pay the relevant taxes.

Díaz-Canel promises Canadian tourists peace, sunshine and "the truth of the facts"