The activity is made possible by “Skalan2 en La Habana,” an undertaking founded a year and a half ago by Daniel Paulovich and which carries out its activities in the Metropolitan Park of Havana, on an about eight-meter-high limestone rock formation. 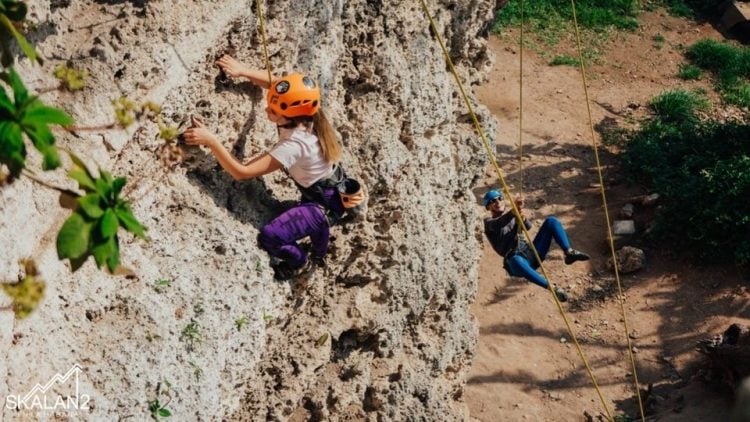 A group of young people gathered in Havana found in the sport of rock climbing a way to overcome the psychological effects produced by the isolation imposed by the COVID-19 pandemic, according to a report by the Chinese Xinhua news agency.

The activity is made possible by “Skalan2 en La Habana,” an undertaking founded a year and a half ago by Daniel Paulovich and which carries out its activities in the Metropolitan Park of Havana, on an about eight-meter-high limestone rock formation.

“Taking into account that it is a sport that takes place outdoors, many people see it as a possibility to get a little out of the stress situation that this pandemic also causes,” Paulovich told Xinhua.

The young entrepreneur and his collaborators maintain the hygiene rules for the implements and don’t use the masks only when they perform the maneuvers typical of the sport.

“It all started as a hobby, but little by little we realized that there was a market niche that we could exploit and at the same time make more and more people know about this sport,” he stressed.

In a year and a half and thanks to “Skalan2 en La Habana” more than 4,000 people have practiced climbing in various parts of Havana and in the mogotes in the Viñales Valley, Pinar del Río.

Little by little the business has grown and now in partnership with Cuban tourism companies, the group hopes to expand its offer as of November, when the Cuban government begins to reopen borders, according to the source.

Since the 1990s, the rocky wall known as Boulder Habana has been used for sport climbing, almost as a first and obligatory step for those who are new to climbing with ropes.

“Skalan2 en La Habana,” according to Xinhua, is consolidated as an option that allows releasing tensions in the midst of the scourge of the pandemic and for the future, it can also be an alternative for the development of ecological tourism with broad prospects in Cuba.

Rock climbing, very popular in many countries of the world, is an activity based on climbing walls using one’s own physical strength. It comes from mountaineering and as a sport it was included in the last Tokyo 2020 Olympics.