The draft of the Family Code alludes to new categories and defines new relational links, more akin to justice and equity. 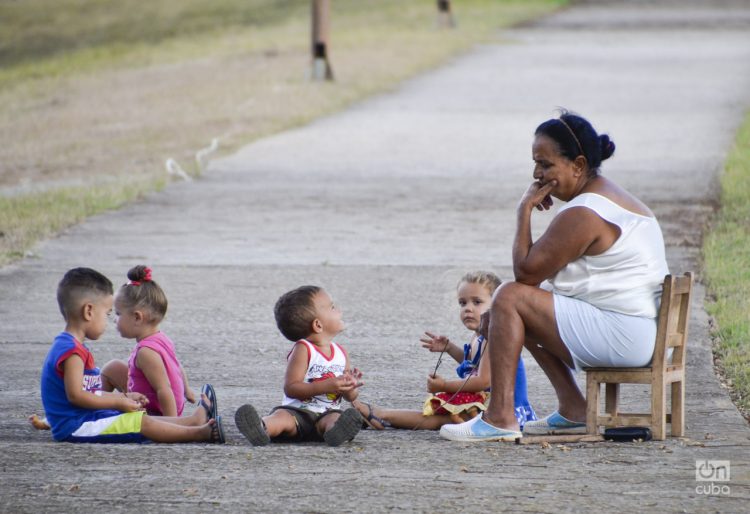 Those of us who are committed to a country of justice, dignity and rights, find in the new Family Code a good opportunity for the Cuban national communion. The most recent version of the draft bill has just been published. The document opens the possibility of expanding, in the family sphere, the plurality that enriches us as a society. This proposal is an endorsement of diversity, inclusion, equality and participation. It is an act of recognition and legal protection of our differences. At the same time, and as a significant note, it links rights, affections and values.

The draft of the Family Code alludes to new categories and defines new relational links, more akin to justice and equity. It promulgates that family relations are governed, among others, by the principles of equality and non-discrimination, plurality, responsibility and best interests (Article 3).

The drawing up and approval of the new Code also testifies to a democratic practice that ranges from the public debate of its contents to the final definition of the norm by popular decision at the polls. In the months to come, a review of its contents is opened by specialized entities and organizations. Then, by mandate of the National Assembly of People’s Power (ANPP), it will be taken to popular consultation, from which will come its approval by the ANPP and the subsequent popular referendum.

In 483 Articles and 19 general provisions, the document attempts to respond to a very broad range of matters concerning family ties, which go beyond the contents of the current Family Code, Law No. 1289 of February 14, 1975. Updating the norm is an act of justice insofar as it recognizes, includes and protects forms of families, specific situations and conditions of vulnerability not provided for in the current regulations.

It specifically highlights the rights and guarantees of children and adolescents, the elderly, people with disabilities, people from the LGBTIQ+ community, people who are victims of violence (mostly women). The term “vulnerable” is a constant throughout the document, and the specific modes of protection are expressed for each case.

The draft reveals a multidisciplinary approach by considering sociological, psychological, demographic and legal perspectives. It describes the really existing families, while announcing the emotional, affective and educational responsibility that their constitution entails. In this design there is not one type of family prevailing over others, all have the same value, recognition and protection, both in the form of marriage and in the form of an affective union. In both cases, the draft refers to the voluntarily agreed union of two people who share a life project in common, on the basis of affection and love (Articles 61 and 171).

The affective in the norm is one of the most significant issues within this proposal. Article 2 makes it explicit that family duties are exercised on “the basis of love, affection, consideration, solidarity, fraternity, cooperation, responsibility and mutual respect.”

One of the most interesting derivations of this approach lies in the definition of kinship, the balance observed between socio-affective and consanguineous kinship, each of them with its obligations and widely specified benefits.

Two proposals add to the novelties that this norm brings: the provision of mediation (Article 11) and the figure of the defense counsel (Article 20), as a way of directing the resolution of conflicts in the family sphere. In the first case, “it can be used as an alternative method for the harmonious solution of family conflicts, which is carried out through an out-of-court procedure, in which qualified professionals, without decision-making power, facilitate communication and contribute so that the people in conflict reach full or partial agreements.” In the second, the members of the family who are victims of violence may go to “family defense counsels freely chosen by them or designated in the appropriate cases, at the request of the person, or of the Office of the Defense” (an institution that has not yet been created).

The code mainstreams the term “parental,” which replaces the nomenclature of “parental authority” and grants an equivalent position to those who carry out the same educational practices without being parents. This approach focuses more on rights and duties. Article 286 specifies the contents of parental co-responsibility before sons and daughters, among which the following stand out: to legally represent them and manage their assets; exercise their guardianship and care, to love them and provide emotional stability, contribute to the free development of their personality; educate them through positive, non-violent and participatory forms of parenting; maintain permanent and meaningful family communication in their lives; listen to them and allow them to express and defend their criteria, as well as participate in decision-making at home according to their age and mental and emotional maturity; promote an attitude of respect towards the equality of people, non-discrimination for any reason.

In terms of equity, the Code establishes a limit to responsible paternity present in the current Law. The possibility of shared or unilateral custody and care of children is instituted. Whenever the circumstances of the case allow it, the shared variant will be privileged, in order to ensure the significant presence of both caregivers in the lives of their children (Article 300). This act of justice is accompanied by the recognition in grandparents and other consanguineous or related relatives, of the right to family communication with minors, which includes all types of oral or written communication, even using technological means (Articles 58, 145 and 308).

The recognition of the figure of “family caregiver” (Article 435), as well as the economic value of domestic work (Article 77), deserve attention, in terms of the gender equity approach contained in the draft.

The “family caregiver” is assisted by the right, among others, to receive training to perform care in an optimal way and to have the necessary time to learn it; as well as taking care of themselves and resting, dedicating time for personal activities that do not include their family member and enjoying the health services and the networks that provide economic, moral, psychological, physical and social support (Article 440). In reference to the traditional division of gender roles within family life, it is made explicit that this cannot lead to harmful economic consequences for any member of the family.

While this recognition is positive, further progress can be made in its formulation. For example, inclusive language could be assumed for the term “caregiver,” recognizing that, in most cases, it is women who assume this role. At the same time, the formulation of “unpaid domestic work” and the protection of the rights that derive from it should be expanded.

Among the noteworthy notes of this Code is the treatment of matters such as assisted reproductive techniques and solidarity gestation. The conditions, scope and limits of both are recognized and regulated, in a clear exercise of opening the right to plurality of options.

For assisted reproduction, it takes into account, among other elements, the will to procreate, the protection of the privacy of the people involved, the anonymity required by the person giving the gametes, the best interests of the daughter or son born as a result of the use of the technique, as well as respect for the family reality of each person (Article 267).

Solidarity gestation is authorized for people united by family ties, for the benefit of women with any pathology that prevents pregnancy, for people with infertility, single men or male couples, provided that the health of the people involved is not endangered during medical procedures, establishing the prohibition of any type of remuneration or gift. In this case, the compensation of the expenses generated by the pregnancy and childbirth is excluded (Article 279).

The Family Code, beyond its specific contents, also puts us face to face with the ideological, religious, and philosophical diversity that distinguishes us as a nation. This fact, far from being a problem, is an opportunity for us to practice, in the public sphere of debate and construction of the norm, precepts such as participation, recognition of rights and their protection, according to the values ​​that reinforce and protect personal and collective dignity and the justice that is manifested in said norm.

Welcome to this possibility of drawing, among all of us, a beautiful, full and just country, the one we deserve. Families are the reservoir of affections, values ​​and rights that must prevail as fuel for our sovereignty and our happiness as a nation. Let’s make it possible.