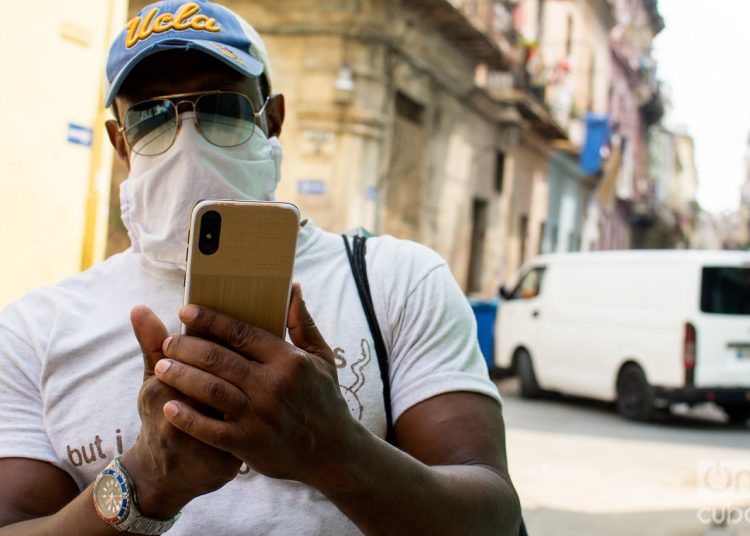 The state communications monopoly in Cuba announced alterations in various services during the end of the year and beginning of the next, as part of the configuration work in the systems to adapt them to the new rates included in the monetary and exchange rate reorganization.

“From six o’clock in the evening on December 30, the electronic payment Trasnfermóvil platform will be disabled,” ETECSA specified on its social networks, where it warned that said application will work again as of January 1 with a new version, expiring the previous ones.

The other effects are concentrated in the voice and SMS services of the telephony in the period between five and six in the morning of the first day of 2021. In that same period, wireless connections will not be available in the different Wi-Fi points of the country, as well as domestic traffic through the Nauta Hogar home internet and recharges to any of these services.

On the other hand, communications by pre-paid cards will be deactivated between five and nine in the morning of January 1. Navigation by mobile data packages, land telephony and emergency calls from cell phones to ambulances (104), firefighters (105) and police (106) will not have any effect.

Likewise, the Telecommunications Company specified that its commercial offices will work limited hours on December 30 and 31, until 4:30 p.m. and 12:30 p.m., in that order. This network will not open to the public until January 4―already in its usual hours―, when all payments for services will be made in Cuban pesos (CUP).

As of January 1, the balances of users’ accounts, whether cell phone or Internet accounts, which have been computed in CUC so far, will automatically be converted into national currency.

According to information released by ETECSA, some services such as mobile data packages will cost similar to the current one. The only difference is that the amounts in force in CUC will be converted into national currency, with an exchange rate of 1×25.

Other adjustments of the communications monopoly in Cuba include sending SMS within Cuban territory at a cost of 2.25 CUP and each message of the same type abroad will cost 15 pesos.

To these calls, 1.30 Cuban pesos equivalent to the pulse are added for the establishment of the communication, and the pricing for the minutes is by time at 10-second intervals, with excess approximation, indicates the source.
Calls requiring operator service will cost a rate of 56.25 per minute, and a minimum of three minutes will be billed.

From the mobile network, international calls originating on the island will have a price of 17.50 Cuban pesos per minute to Venezuela, and 27.50 for the rest of the world.

Cuba could be included in list of countries that sponsor terrorism, Bruno Rodríguez denounces