The Ministry of Public Health reported this Tuesday 167 new cases of coronavirus, for which the total number of infected amounts to 11,601. The authorities confirmed 78 discharges and no deaths, but there are already 24 patients in ICUs. 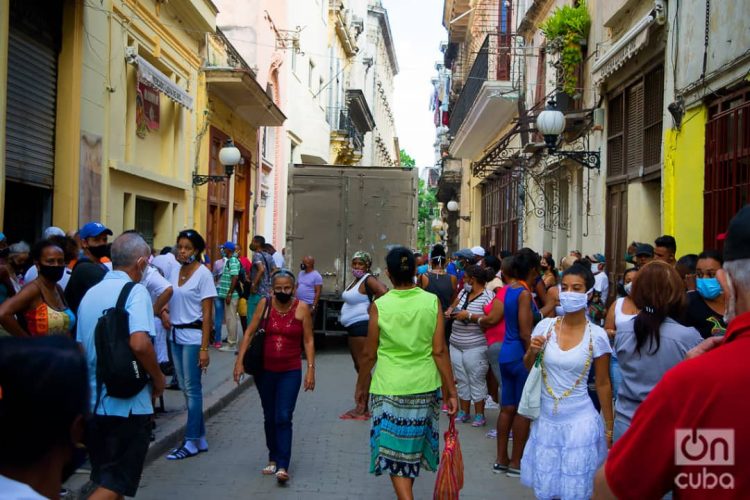 The Cuban Ministry of Public Health (MINSAP) reported 167 infections of the new coronavirus on Tuesday, so the number of confirmed on the island amounted to 11,601, while 78 medical discharges were reported. Although there were no deaths at the close of Monday, December 28, the number of patients in ICUs continues to increase.

The MINSAP report specified that there are 1,573 active cases in the country, one of the highest figures registered in the country since the start of the pandemic last March. This is the result of a run of 13 consecutive days with at least 100 positive cases, with caps on December 23 and 27, when 217 and 229 cases were reported, respectively.

According to the health authorities, a total of 3,207 patients are hospitalized for clinical epidemiological surveillance and there are 634 suspects, while another 1,000 are under surveillance through the primary healthcare system.

According to official sources, a 1,448,906 diagnostic tests (PCR) have already been carried out in Cuba. In recent days, the number of tests has increased considerably with the launch of new laboratories for the analysis of samples, which totaled 14,767 this Monday.

On the other hand, 73.7% (123) of Monday’s cases were asymptomatic. According to the MINSAP daily reports, 7,638 patients without symptoms have been identified as positive, which represents 65.8% of all those infected.

Divided by provinces, Havana registered the highest number of cases on Monday (55-29 imported), followed by Matanzas (24-12), Artemisa (16-5) and Granma (10-5). All the country’s provinces confirmed at least one case, with the exception of the special municipality of Isla de la Juventud.

Given the rise in COVID-19 cases with a source of infection abroad, the health authorities determined the reduction of the entry of travelers from six nations, all from the Caribbean, and Central and North America.

The measure, announced at a press conference and published on the MINSAP website, applies to personnel from the United States, Mexico, Panama, Bahamas, Haiti and the Dominican Republic, from where the highest number of imported cases is registered, 71.5 % of all positive cases detected in recent weeks, mostly corresponding to Cuban citizens.

To put this provision into practice, Cuban Civil Aeronautics authorities and the airlines involved are readjusting the details and, according to the state newspaper Granma, “as soon as the epidemiological situation allows it, the frequency of flights will be gradually restored.”

In addition to reducing the entry of travelers from these nations, a negative PCR test was established as a mandatory requirement for international travelers, to be carried out 72 hours before their trip. This measure will come into force as of January 10, 2021.