Diversity is a natural and historical condition, plurality is a political option, a right. 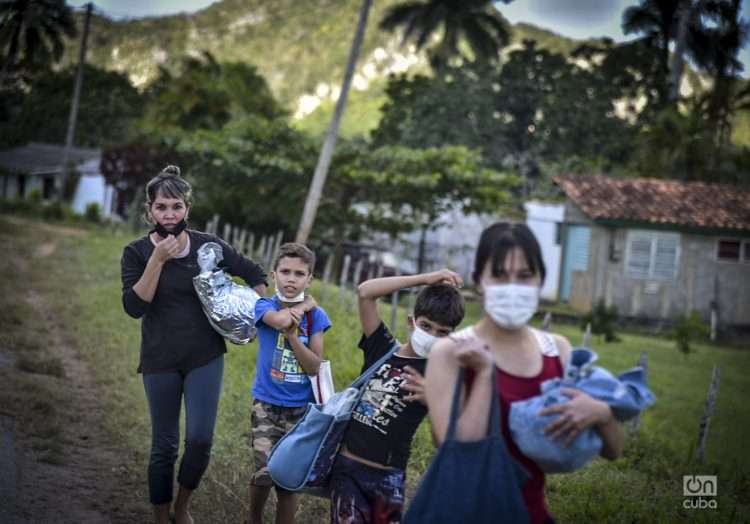 In Cuba, we are living a transcendent political, ethical, affective and legal process: the new Family Code. The latter opens, as a complex but essential path for the nation, a testimony of dialogue, search for consensus, leading role of civil society, rights as an argument, affections as sustenance and popular participation as a political practice.

This is a collective, social, historical and moral opportunity for us Cubans to produce more justice. An opportunity for good feelings, politics, and the law to meet on the same path. It is true that the contents of the Code do not contain all the emancipation that we owe ourselves as a people, but they direct an essential part of it.

The common good, sovereignty conditioned by diversity, dignifying those who have lived in the shadows of dogma, intolerance, and lack of protection; the proof that justice can unite society and its government, and the advance to a paradigm of liberation that is rebuilt in its nuances, are invitations (I believe inescapable) to participate intensely in the upcoming popular consultation.

This process has, among its meanings, to assume in law the models of families generated by good affections, that is, to protect the rights of good feeling and good-doing, of the creation of family ties by free choice based on wishes.

On the other hand, this process implies understanding the transition of Cuban families, also, in the type of relationship that reproduces them. From a predominantly nuclear biparental, heterosexual model, with a male head of household, a strong style of authority and regulative, androcentric and adultcentric communication; to smaller, democratic and participatory family configurations, with female heads of household, visions of gender equality and recognition of the rights of children and young people. Families based on respect, care and acceptance that feed on good affection.

One of the most progressive aspects of the new Code is to make love into law, not only in its declaration but in the conditions it generates for the protection of rights. In its 23rd version, it is made explicit that family members are obliged to fulfill family and social duties on the basis of love, affection, consideration, solidarity, fraternity, partnership, cooperation, protection, responsibility and mutual respect (Article 2). Among the rights of children and adolescents, it refers to that of growing up in a family environment of happiness, love and understanding (Article 4). As part of parental responsibility, it calls for instilling love in the family (Article 134). Regarding marriage, it refers to the voluntary union of two people, on the basis of affection, love and mutual respect (Article 197).

Love is, above all, a manifestation of social relationships. It is not a strictly natural fact, it is historically constructed, it is a socially learned fact. It has had diverse contents throughout history, specific for each gender, social class, age, people and culture. Women and men love in different ways. They learn contents and objectives of love: needs, duties, prohibitions and limits.

The patriarchal culture, hegemonic today, molds as expected values ​​in love a kind of “hierarchical subjectivity,” with the prevalence of man. Faced with this, feminism configures political options that transform relationships and the contents of love. It has critically reviewed sexuality, social relationships, families, couple relationships.

Based on this perspective, families are a privileged symbolic space for the love experience. They can synthesize relationships of oppression or liberation, beyond will and conscience; they combine the public and the private; they unite the social and the personal in areas such as affective and sexual intimacy, coexistence, life co-responsibility, the economy, eroticism, love and power.

The link between power and love is central to the feminist vision. It means that the love experience is also a social, cultural and political experience. Therefore, love is content of analysis, also, in the family sphere.

Throughout history, there have been different understandings of love, which have impacted the models of families and the laws that strengthen them. The thick lines of the patriarchal (oppressive) character forged in this process, and which strive to prevail, define heterosexual love as natural and homosexual love as unnatural; they string together love only with marriage and procreation; they assume women as the private property of their owners legally, emotionally, sexually and economically; they confine women as “beings of the private world,” separating them from public space and conceiving them as “wives.”

These and other patriarchal signs have been permanently contested by visions of love as a scaffolding of freedom, horizontal and reciprocal, constituting “emotional democracy.” Free love modifies the “enslaving motherhood” and enhances its legal character. It demands another masculinity and another sense of fatherhood as an ethical, legal, economic and loving commitment. In “free love” relationships of respect, dignity, trustworthiness and non-violence are assumed. A longing for equality is present in it.

Is this a political battle? Yes. Is it a legal battle? Also. Is it a cultural battle? Without a doubt. But most of all, it is an emotional challenge. While the protection of the law is essential, it is not enough. We must go further, as a people responsible for their own liberation, on the path to naturalize the right to diversity. If the law forces us to tolerate, if cultural change leads us to understand, good affections lead us to accept, to naturalize, lead us to live in the freedom of the other our own freedom.

Diversity is a natural and historical condition, plurality is a political option, a right. Recognizing the first and enhancing the second are conditions to nurture the roots of the common good, collective meaning, socialization, fraternity, love, affection. Hence, it is worth trying to make “love become law.”

The new Family Code, as a political fact, is not the only revolutionary issue that we owe ourselves in this Cuban hour, but it is a significant sign that this condition survives and is disputed on the island. It could also be assumed as a thick line to talk about other matters, to push them forward with similar conviction.

If families are the cells of society, and these promote democratic, participatory models of constituted and naturalized rights, based on good affections, we can strive for more. Let’s push for a Family Code that, by cornering violence, neglect and deprivation, protects us from poverty, moral rigidity, and domestic authoritarianism. A code that conditions us to learn in that social space the fullness of the right and the freedom that we can recreate in good affections.

This process could announce other ways of doing politics, of creating the norm, of giving a voice to subjects in their diversity. It could be a prelude to the redesign of the common good or the socialization that is directed and enriched in its plurality. It could widen the doors of updating the project of dignity, sovereignty and good affections of the Cuban revolution.

The kaleidoscope that today describes Cuban families invites us to paint the entire society with the colors of plurality and inclusion, with politics, law and love. An affirmative commitment to the Family Code is a transcendent step in a country that is urged to rebuild its emancipatory molds.